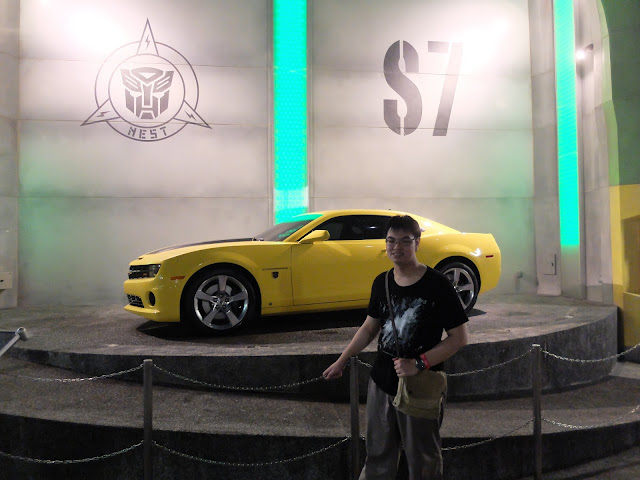 (Disclaimer: not actually quite a fan of the Bay-former movies)


As Dug from Up put it so enthusiastically, "hi there!" (Still the most realistic depiction of a Golden Retriever in a movie). I'm Jedd Jong, a film reviewer from Singapore. I'm currently writing for F*** Magazine (the asterisks stand for 'film', 'fame' and 'fact') - you can check out the F*** website here and be sure to pick up the magazine from news stands, convenience stores, petrol kiosk stores and reputable back alleys all across Singapore!

I've been writing movie reviews since I was 12 and have always loved watching and discussing movies. I'm a big fan of Star Wars, DC comics characters -- Batman in particular and big "spectacle theatre"-style musicals like Phantom of the Opera, Les Misérables and Miss Saigon. Hey, a night at the theatre ain't cheap, so if chandeliers are falling, barricades are rising and helicopters are lifting off, I'll feel I've gotten my money's worth. I've also got a thing for the Tomb Raider video game series. I'm not much of a gamer, but for the lovely Lady Croft, I've made a couple of exceptions.

I don't think of myself as a film connoisseur or expert, not by a long shot. I love huge blockbusters fueled by over-the-top escapist thrills as much as anyone else and am a firm believer that a summer blockbuster doesn't have to be empty junk food. For that reason, I very much enjoy a lot of Steven Spielberg's work. Yes, it's a pretty safe answer to the "who's your favourite director?" question, but before he turned his attention to loftier works, Spielberg had established himself as a master at the art of the blockbuster. Jaws, E.T.: The Extraterrestrial, Jurassic Park and Minority Report definitely count among my all-time favourites.

I'm also partial to geeky humour and consider Galaxy Quest to be the best parody film ever made. True to form as a self-proclaimed geek, I collect action figures and have attempted customizing them on several occasions, the results of which can be viewed on my figurerealm page over here.

Thanks for checking out the blog and giving my writing a look! Thanks also for forgiging all hte typos.