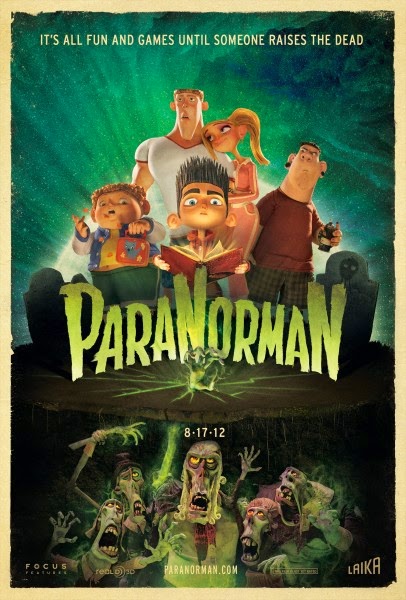 Dr Dolittle could speak to the animals, and he was celebrated and praised as a result. On the other hand, small-town kid Norman Babcock (Smit-McPhee) can speak to the dead, but is shunned and mocked as a result. Norman lives in Blithe Hollow, Massachusetts, famous for its Puritan witch-hunting heritage – the place is to witches what Rachel, Nevada is to UFOs. Norman has a great love for horror movies and is a zombie aficionado, owning a zombie-themed alarm clock and toothbrush in addition to old film posters.

He is saddled with a special ability and can see, speak to and interact with restless spirits, cursed to wander the earth. This gets him ostracized at school and earns the ire of his shallow, ditzy older sister Courtney (Kendrick). He is picked on especially often by the thuggish, dim-witted bully Alvin (Mintz-Plasse). The only kid in school who seems to like him is the portly Neil (Albrizzi), who possesses some eccentricities of his own and is excited by the prospect of his friend being an actual necromancer. Courtney has eyes for Neil’s hunky and clueless older brother Mitch (Affleck), who becomes the gang’s designated driver. It so happens that Norman’s crazy old uncle Mr Penderghast (John Goodman) is about to kick the bucket, and tasks Norman with reading an incantation from a grimoire, in order to appease a witch who was executed 300 years ago to the day by seven Puritans. The Puritans are cursed to rise from their graves and wander around the town as zombies; and as the residents go into frenzy, it’s up to Norman, Neil, Mitch, Courtney and Alvin to restore the town to normalcy. 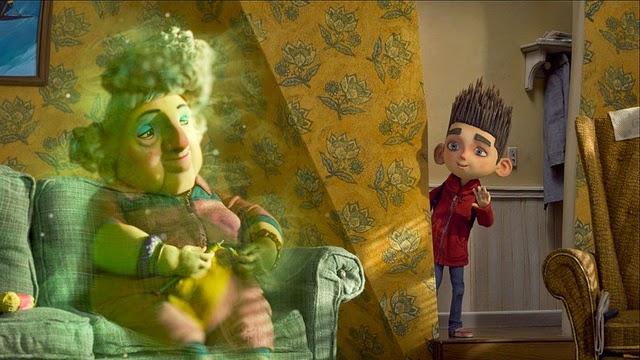 ParaNorman is easily one of the very best films this reviewer has seen this year, animated or otherwise. It’s an outstanding showcase of technical artistry, a display of a mastery of craft and a well-told tale with a strong emotional core. ParaNorman was created using stop-motion animation, one of the most painstaking mediums to work in ever. In these days of studios practically belching out cheaply-made 3D animated films, it is refreshing and heartening to see a movie made with so much love and hard work, with CGI used to enhance and augment the traditional puppets, models and backgrounds as opposed to replacing them altogether. If making a movie is akin to creating a world, then a film like this is probably the ultimate example. There are rich atmospherics, a markedly non-gimmicky (albeit not entirely necessary) use of 3D and some remarkable character designs that help the viewer get a rough understanding of the characters’ personalities just by looking at them.

Beyond and probably even more so than its visual flair and appeal is the story’s heart. On the surface, it appears to be a ghoulish comedy, a fun romp with a few haunted house-style frights and nothing more. However, this is really a tale of courage and compassion, about the power of acceptance and how it’s perfectly fine, cool even, to be different. Everybody can relate to being under-appreciated, and we’ve all felt like outcasts at one point or another. Just like superhero comics like Superman or the X-Men, ParaNorman is a fantasy in which the main character proves his worth, the very qualities for which he is shunned coming into play and ultimately saving those that scorned him. Kodi Smit-McPhee of Let Me In fame is excellent as the voice of Norman, and the rest of the voice cast provides similarly evocative and, when need be, over-the-top vocal performances that really tie it all together. 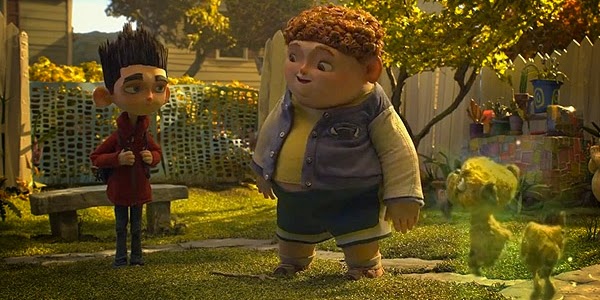 This is also a loving homage to horror film clichés and to the appeal of their kitsch – there’s a great bit near the start when Norman is watching an old zombie movie, as he often does, and the actress in the film pushes aside a boom mike that accidentally comes into frame. Norman is a bit of a throwback in that he’s a horror movie geek, just as many prominent filmmakers today (Guillermo del Toro and Edgar Wright, to name two) are. There is a good mix of gross-out moments and small scares leading up to a bona fide epic and rather intense climactic confrontation. The movie is also a throwback in that it’s a kids’ adventure flick in the vein of Stand By Me, E.T.: The Extraterrestrial and The Goonies, and in fact shares a lot in common with last year’s Super 8.

In addition to its striking style, ParaNorman boasts a certain earnestness in its story-telling, very relatable characters and solid story arcs and evolution for them to undergo. It’s quite the laugh riot, featuring a good mix of slapstick pratfalls and more nuanced humour, but is also very rich emotionally, providing surprisingly mature ponderings on mortality. It’s also a fable about standing up to bullies, and taking pride in one’s own quirks, however unappreciated by the rest they may be. This reviewer will readily admit that he cried buckets through the whole film and particularly at the end. This doesn’t feel like your garden variety, over-commercially driven Hollywood cash-in; it’s kid-aimed but never pandering, and is something almost everybody (barring the really young ‘uns) should see. 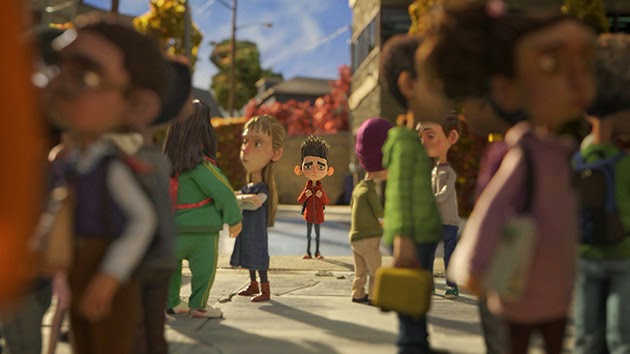 SUMMARY: This is a near-perfect brew of wit, heart, humour, adventure, scares and BRAINS – an outstanding piece of animation which doesn’t feel stale, silly and zombie-eaten like much of its animated peers.