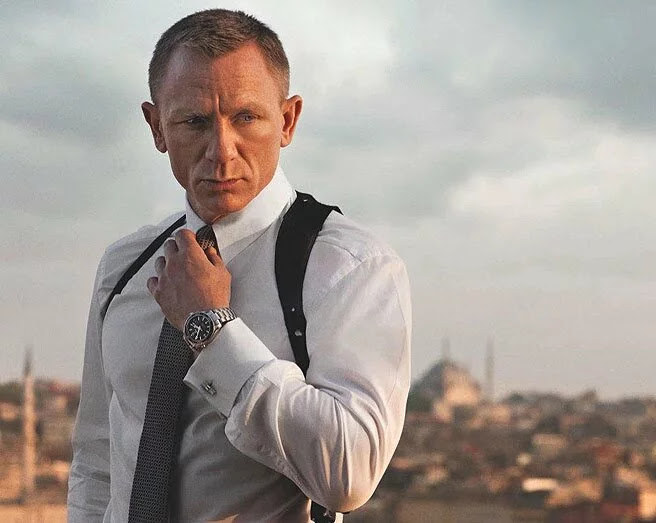 Following MGM’s filing for Chapter 11 bankruptcy in 2010, it seemed that the sky really was falling for Bond fans everywhere. The future of the film franchise was put in jeopardy, and, for a while, it was a very strong possibility that Quantum of Solace would be the last James Bond film ever — which, for many, would have been disappointing to say the least. Thank goodness that Bond’s future seems brighter than ever with this triumphant 50thanniversary celebration. 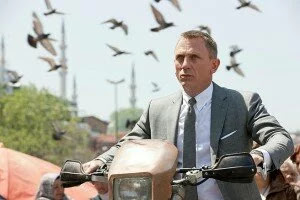 The film opens in Istanbul, where Bond (Craig) is thrust right into the frenzied pursuit of Patrice (Ola Rapace), a French mercenary who has stolen a hard drive containing a list of NATO undercover agents embedded in terrorist cells. Bond is assisted by field agent Eve (Harris), and the mission goes awry. The repercussions make themselves felt: the names are leaked in a YouTube video, M (Dench) comes under pressure from Gareth Mallory (Fiennes), chairman of the Intelligence and Security Committee, to call it quits, and MI6 falls victim to a vicious cyberterror attack. Bond follows a lead and tracks Patrice down to Shanghai, where he tangles with the mercenary in a high-rise skirmish. He also glimpses the enigmatic and beautiful Sévérine (Bérénice Marlohe), whom he meets again at a lavish floating casino in Macau. Bond asks to be taken to the woman’s employer, thus encountering the villain of the piece, Raoul Silva (Bardem). Silva is a flamboyant, psychopathic figure who bears quite the grudge against M, and perpetrated the attack on MI6 headquarters. Bond realizes that this mission is far more personal than it first appears — and perhaps just as much for M as it is for him. 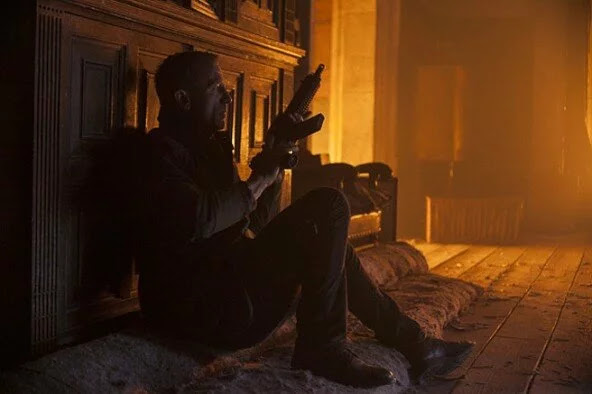 In Skyfall, Bond is asked what his hobby is. “Resurrection” is his reply — and this is resurrection of the most glorious kind. Skyfall sets right many perceived problems viewers had with the previous installment. This being the 23rd official Bond film, some might say he’s a little long in the tooth, but Skyfall examines and proves the character’s relevance. With Oscar-winning director Sam Mendes at the helm, this is a very stylish, good-looking film; nine-time Oscar nominated cinematographer Roger Deakins serves up startlingly gorgeous imagery. Adele’s theme song is many times better than the Jack White/Alicia Keys trainwreck “Another Way to Die,” and it plays over Daniel Kleinman-designed opening credits that make strong reference to plot points throughout the film, instead of serving as a mere light show. Many wrote off the first two Daniel Craig-starring Bond films, Quantum in particular, as vainly aping the Bourne movies. Well, that’s definitely no longer the case (even though Bourne alumnus Albert Finney is in this too), as Skyfall’s tone strikes a near-perfect balance between the tough and gritty and glamorous and smooth, with a strong emotional current running through it all. 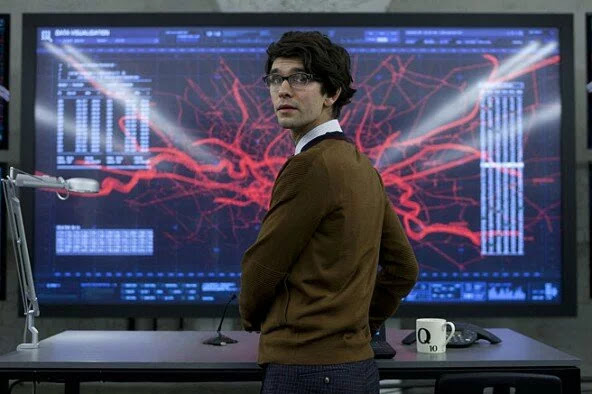 Daniel Craig is back in the saddle, the days of fans crying foul over his casting as the iconic character well and truly behind him. There’s a moment in the opening action sequence that’s in the trailers: Bond uses an excavator to tear the roof of a train carriage open, climbs on the excavator’s arm, leaps into the train and adjusts his cufflinks after he lands. That pretty much sums up Bond’s characterization: he’s willing to get his hands dirty and is rather brash, but at the same time is growing into the slick, suave agent he should be. This film also does something traditionally considered rather taboo in Bond films — delving into the character’s past, and it does so pretty well.  Many Bond films struggle with fitting M into their stories. Well, one could go so far as to say Skyfall is really M’s story, with Bond happening to become embroiled in it. Judi Dench is better than ever as the character; a woman hardened by years in a particularly challenging line of work, and someone who has to reconcile personal sentiments with duty. Also at MI6 is Ben Whishaw as the new incarnation of Q, Bond’s quartermaster, and, traditionally, the curmudgeon who begrudgingly hands out his gadgets to him. While former Qs John Cleese and, before him, the late Desmond Llewelyn were slightly older gentlemen, Skyfall runs in the opposite direction with a rather young, “adorkable” Q, whom Bond almost immediately writes off because of his youth. Whishaw and Craig share remarkable chemistry, and it would be a sin not to have this Q continue to appear in future Bond movies. The ever-dependable Ralph Fiennes ties it all together as the meddling bureaucrat who might not be that big of a jerk after all. This film also does something traditionally considered rather taboo in Bond films, delving into the Bond character’s past — and it does so pretty well. 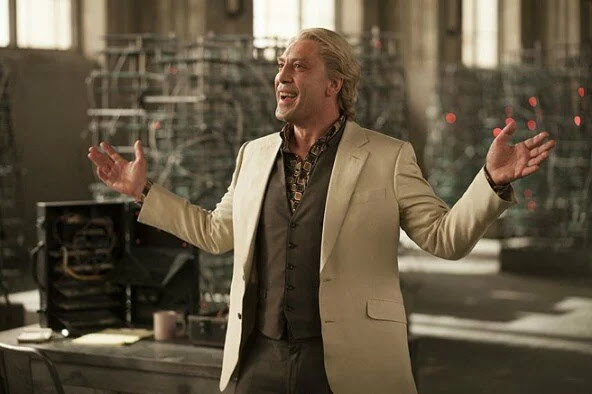 So, how about the Bond villain and the Bond girls? Oscar-winner Javier Bardem puts in a spine-chilling performance as Silva, the villain. He’s proven he can play unhinged in No Country for Old Men, but Silva is a psycho of a different stripe. Bardem’s over-the-top portrayal is sometimes comic and harks back to villains of old. Silva is something of an impetuous child, but behind the loudness and the posturing lays a bitter, broken soul. Not every actor can convincingly inhabit a character of this sort. Naomie Harris has a nicely playful chemistry with Daniel Craig; Eve and Bond’s mutual flirtation providing much respite from the rather intense proceedings. Bérénice Marlohe makes for a stunning, exotic Bond girl and gets to share a scintillating shower scene with 007 himself. However, this isn’t a Bond film that will be primarily remembered for its women. 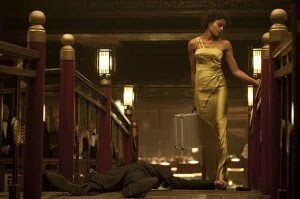 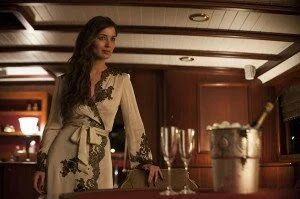 What it will be remembered for is its ending, a showdown which I’ve been kindly told not to spoil. If there’s one “issue” with the film, one which is reinforced by the ending, it’s that this is clearly a movie best enjoyed by Bond aficionados. It’s less action-driven than one might expect a modern-day Bond film might to be, and is a love letter to Bond in commemoration of his 50 years onscreen. As such, more casual viewers might feel just a teeny bit left out. It doesn’t attempt to chuck out everything the older Bond movies are remembered for; instead teasing some of those elements and building upon them. The Aston Martin DB5 from Goldfinger appears, complete with the same license plate and all the frills from that film — a symbol of the healthy nostalgia Skyfall possesses. By the movie’s end, it seems as if the Daniel Craig-starring Bond movies have found their footing at last, having incorporated more classic motifs into their framework – and fans can toast their martinis to Bond’s sterling return.

SUMMARY: Skyfall is a Bond film that’s worth the wait, one that’s worthy of marking Bond’s golden anniversary, and one that Bond devotees will welcome with open arms. Here’s to 50 more years at the movies, 007!