As published in Issue #34 of F*** Magazine, Singapore

Arnold Schwarzenegger recently released his autobiography, entitled ‘Total Recall: My Unbelievably True Life Story’. Well Arnie, it seems you have some serious competition in that department; because Argo is as unbelievable as true stories come. Ben Affleck’s historical political thriller recounts the U.S.-Canadian joint covert rescue operation nicknamed ‘The Canadian Caper’, drawing on declassified documents and personal accounts, laying it all out in incredible fashion.

It is 1979, and Iranian militants have stormed the U.S. embassy in Tehran, taking 52 Americans hostage. Six others manage to escape and seek refuge at the residence of the kindly Canadian ambassador Ken Taylor (Victor Garber). The CIA calls upon exfiltration and disguise expert Tony Mendez (Affleck), working with his boss Jack O’Donnell (Cranston) to devise a plan to rescue the six consulate workers. When his son watches Battle for the Planet of the Apes on TV, Mendez is inspired and hatches a crazy plan: he will enter Iran under the pretence of doing location scouting for a science-fiction fantasy film. With the help of Oscar-winning make-up artist John Chambers (Goodman) and Hollywood film producer Lester Siegel (Arkin), Mendez concocts the sham-movie Argo, and thus begins the harrowing mission to smuggle the six Americans out of Iran, having them pose as a Canadian film crew.

Producers George Clooney, David Klawans and Grant Heslov read an article in Wired magazine about the ‘Canadian Caper’ and thought it would make for a great movie. Guess what: they were absolutely right. Ben Affleck delivers a crackling thriller which hits all the right notes: it feels thoroughly authentic with meticulous details ensuring the audience is convinced of the '70s period setting; it’s taut and exciting with the very high stakes feeling very real and it’s leavened with a good helping of humour revolving around the fickle Hollywood machine. 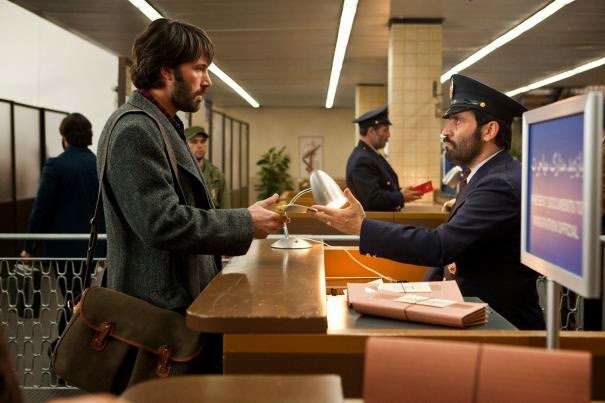 When the trailer was released, some concerns arose that the tone of the film would be uneven, lurching from serious political drama to light-hearted movie business satire. Well, you can rest assured that director Affleck and screenwriter Chris Terrio have managed to weave both elements of the story together and very cleverly presented an interesting juxtaposition. In the film and, presumably, in real life too, nobody seemed convinced for a second that the idea would work, and just as Mendez had to sell the CIA on it, so Affleck has to sell the idea to the film-going public – and that, he does. Goodman and Arkin are welcome presences, their affability providing much-needed respite from the intense goings-on in Iran. Hollywood is presented as a place where nothing is meant to be taken seriously, vis-à-vis Washington D.C. and Langley Virginia, where everything is meant to be taken seriously, and we get to see just how much trouble Tony Mendez had to go to in order to assemble ‘The Hollywood Option’, and in how short an amount of time he had as well.

Ben Affleck seems to have regained all the credibility he lost following the likes of Gigli and Daredevil with his directing stints in recent years, and this film most definitely continues that winning streak. He presides over the picture with a sure hand, expertly ratcheting up the tension (though he sometimes appears overly dependent on 360 degree camera moves) and giving the film something of a retro feel (notice the old-school Warner Bros. logo at the beginning) without going overboard. The climactic airport tarmac pursuit is a bona fide edge-of-your-seat moment. He’s not too shabby in front of the camera either, putting in a low-key performance while conveying the quiet valour and determination of the Mendez character very well. 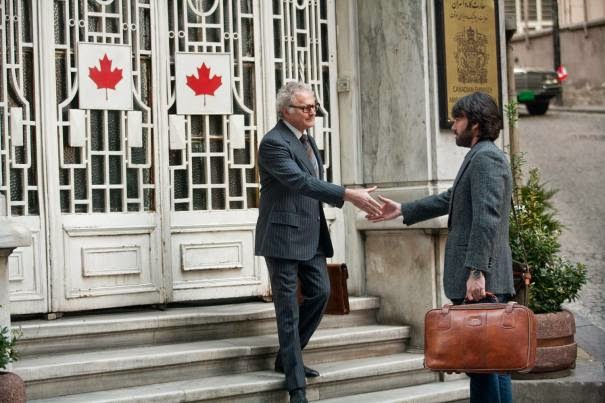 During the film’s premiere at the Toronto International Film Festival, there were some murmurs from the Canadian crowd that the film unfairly overlooked the involvement of the Canadian government in the rescue operation – it’s called the ‘Canadian Caper’ after all. Ben Affleck agreed to augment the postscript text, noting that the CIA’s actions were performed in conjunction with Canadian intelligence. This reviewer can’t vouch for the veracity of the film’s portrayal of historical events, but he can say this: it really doesn’t feel like your average overly-embellished ‘loosely based on a true story’ Hollywood deal, and that’s something to be admired. Argo is an expertly-crafted tribute to the power of ingenuity, bravery and co-operation (cheesy though that may sound) and makes for engrossing, compelling and powerful entertainment. 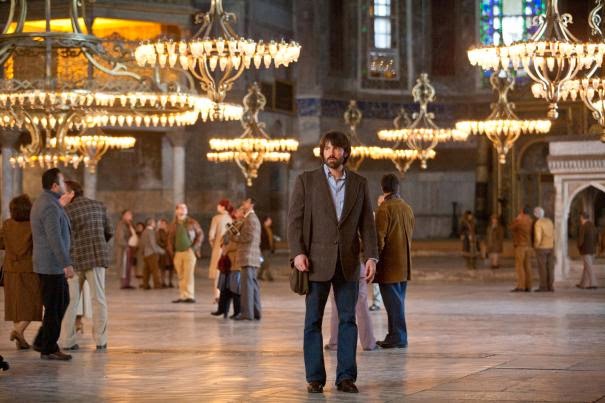 SUMMARY: Ben Affleck has a monumental success on his hands with this intriguing, exciting and smart historical political thriller. Go see Argo now!