On January 15, 2014, the Infinite Studios complex in Mediapolis Singapore was declared officially open and F*** was there to attend the opening ceremony and take a tour of the building. Business space solutions provider Ascendas jointly operates the studio with partner Citramas Nusaterra. The studio has been operational for a year but was formally declared open on Wednesday.

The opening of the 24,078 square-metre hub, built at the cost of S$60 million, is a landmark for the media industry in Singapore. CEO of Infinite Frameworks, Mike Wiluan, describes the complex as a “clustered media ecosystem where every aspect of the media value chain is represented under one roof.” It is home to a collection of local and international companies involved in pre- production, production, post -production, animation, games, audio and sound, creative services and interactive and digital media activities. At the time of this writing, 17 companies are tenants at Infinite Studios. In addition to anchor tenant Infinite Frameworks, key tenants include major media service provider Globecast Asia, international television business Discovery Networks; Japanese games company Namco Bandai and international advertising agency M&C Saatchi.

We got a look at what is arguably the defining feature of Infinite Studios, Singapore’s largest purpose- built soundstages, designed in consultation with Hollywood-based soundstage operator, Raleigh Studios. Measuring 928 square metres and 1,681 square metres, the two soundstages are complemented by 1,445 square metres of supporting production offices alongside dressing and equipment rooms. Managed and operated by Infinite Studios' production services division, the soundstages are equipped to support productions that  require intricate set builds, multi-camera operations and green screen technology for visual effects productions.  Mr. Wiluan teased an upcoming science fiction project from Infinite Studios (which is also a content producer) that will be filmed on the premises. 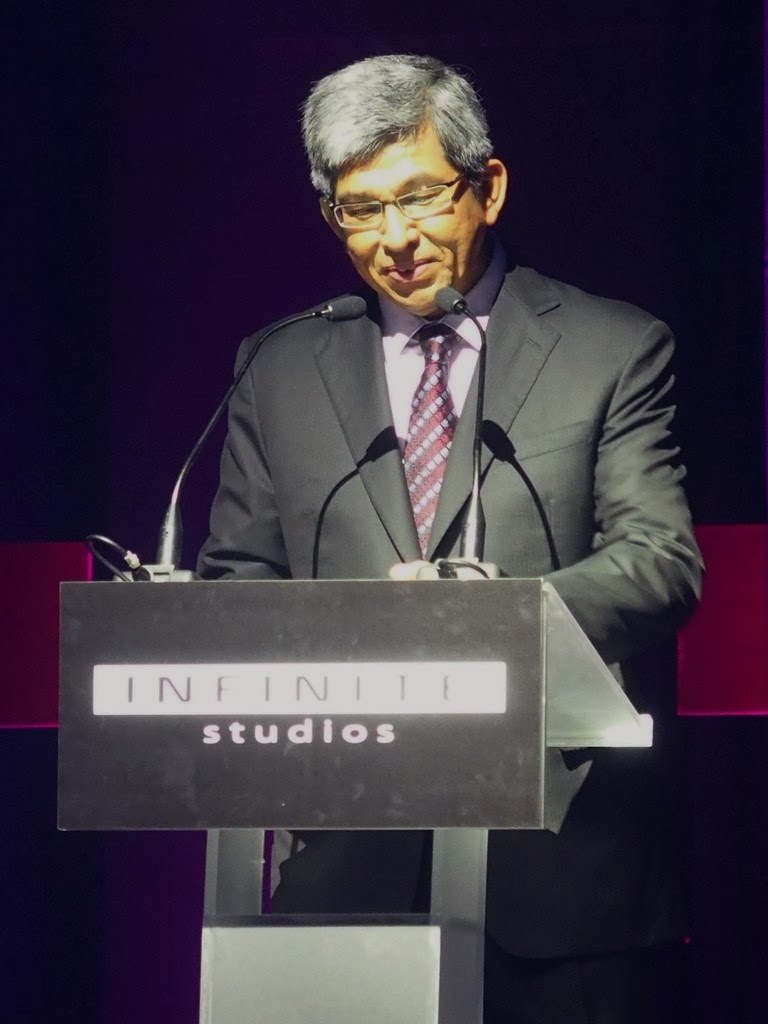 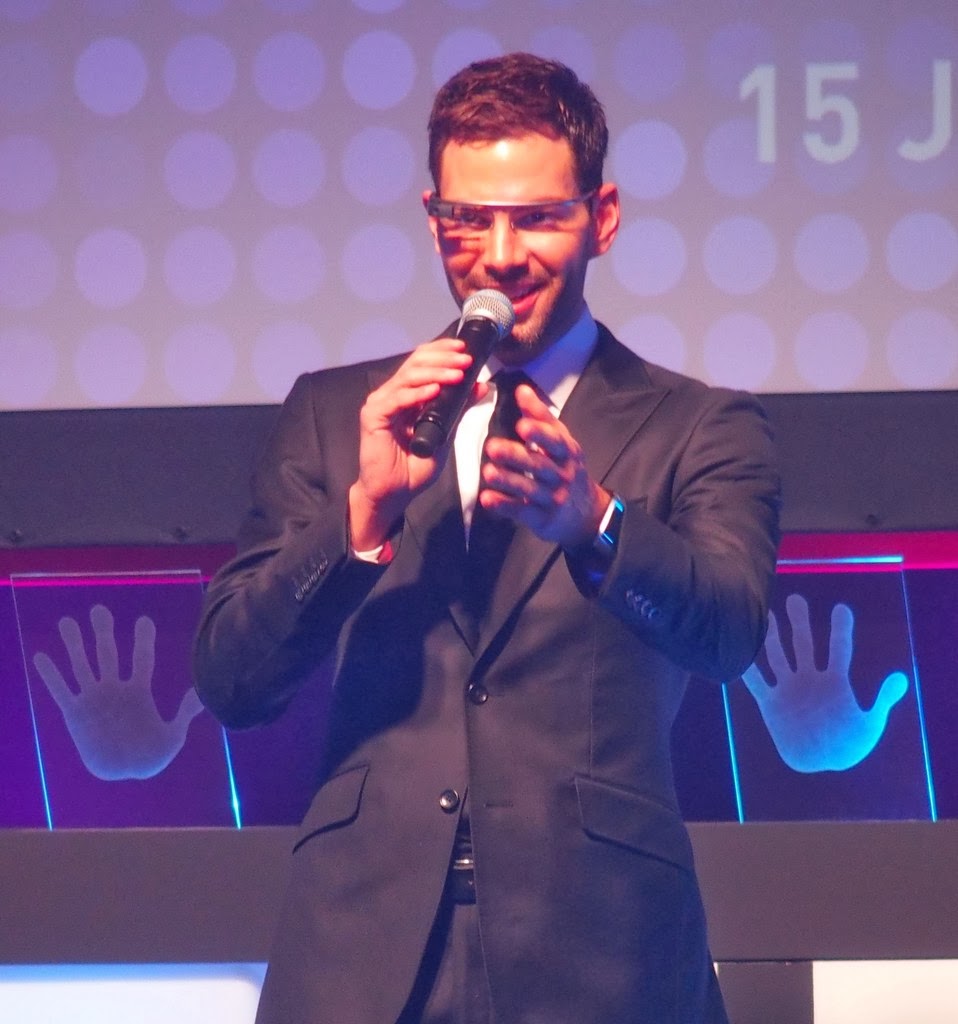 For the opening ceremony, one of the sound stages played the part of event hall as guest of honour Dr. Yaacob Ibrahim, Singapore’s Minister for Communications and Information, took to the podium. Wearing a Google Glass, actor/host Bobby Tonelli presided over the proceedings. A short film showcasing the capabilities of the studio was screened. Highlighted in the reel were Serangoon Road and Deadmine, co-productions shot at Infinite Studios facility on Batam Island, which has been operating since 2011. Australian children’s television program Hi-5 shot its last season at Infinite Studios in Mediapolis and will be returning to shoot its next season here again this year. Moving forward, the goal is to have Singapore emerge as an attractive filming location for productions from all over the world, with a production infrastructure to compete on the same level as Hollywood and an incentive program to defray higher production costs.

The opening of Infinite Studios is an early and crucial step in the development of Mediapolis@one-north, a strategic joint stewardship between four Singaporean government agencies: Media Development Authority (MDA), JTC Corporation (JTC), Infocomm Development Authority of Singapore (IDA) and Singapore Economic Development Board  (EDB). Slated to be fully completed by 2020, the 19-hectare Mediapolis will be home to a cluster of media companies across the value-chain from production to financing, distribution and trade.

Photos: Jedd Jong
Posted by Jedd the Jedi at 2:55 AM