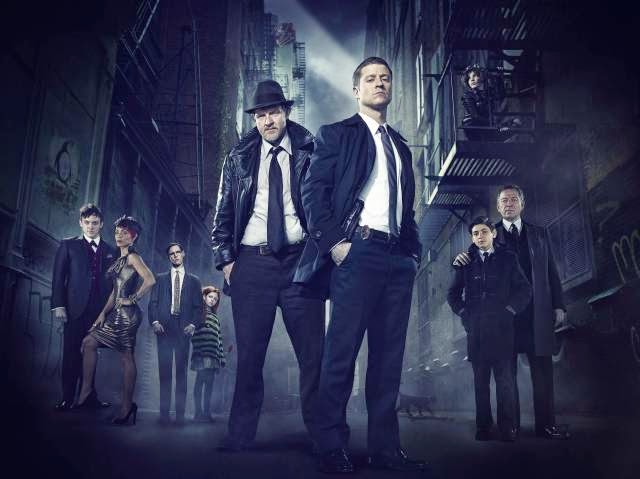 Gotham. It's the city where legends are born and villains will rise. The highly-anticipated new TV show which is named after Batman's hometown will arrive on our screens on September 25 via WarnerTV.
Set immediately after the parents of young Bruce Wayne (David Mazouz) are brutally murdered, Gotham follows future-police Commissioner James Gordon (Ben McKenzie), a rookie new in town, and explores the genesis of the heroes and rogues comic book fans know and love. In the series, a teenage Selina Kyle (Camren Bicondova), destined to become Catwoman, scampers about the streets of Gotham. Edward Nygma (Cory Michael Smith), soon to be known as the criminal genius The Riddler, is a brilliant forensic scientist at the Gotham Police Department with something of a mischievous streak. Oswald Cobblepot (Robin Lord Taylor), aka The Penguin, is the right-hand man of slinky mob boss Fish Mooney (Jada Pinkett Smith), biding his time to take a hold of the Gotham criminal underbelly for himself. 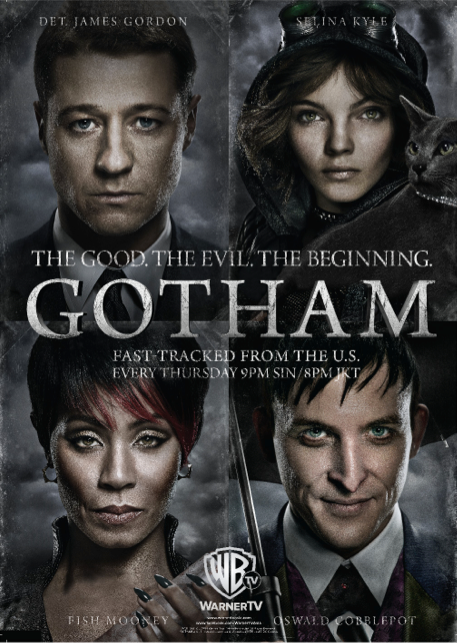 To promote the series in Singapore, WarnerTV is staging an island-wide scavenger hunt that focuses on The Penguin. The “Gotham Villain Hunt” will send fans on a quest in search of limited-edition Gotham-branded penguin statues, each measuring about a foot tall. Those who come into possession of these penguin statues can enter into a lucky draw to win a series of prizes ranging from exclusive branded premiums to high-end electronics. Fans will need to keep their eyes peeled and their minds sharp to track down these penguins, but they will have the assistance of hints (riddles, maybe?) provided via WarnerTV Asia’s and Starhub’s Facebook pages as well as on the Hot 91.3FM radio station. On social media platforms, the campaign will use the hashtag: #GothamOnWTV. 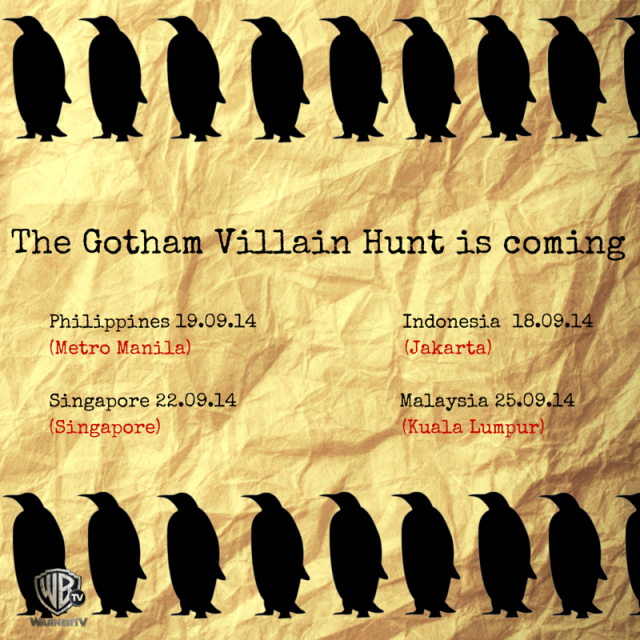 WarnerTV is bringing Gotham direct to Asia and the series debuts on Thursday, September 25 at 9pm, just two calendar days after it premieres in the US. Warner TV is available in Singapore only on channel 515 on StarHub.