Back in 2001, was there anybody who thought that a movie that was essentially “Point Break with underground street racing” would spawn a franchise consisting of six films and counting? Probably not. The series veered dangerously close to direct-to-DVD territory with Tokyo Drift, but its director Justin Lin set things back on the highway with the fourth and fifth films, proving the Fast and Furious name had legs – or wheels, rather – yet. And if this sixth flick is any indication, there’s no putting on the brakes.

Following their Rio heist from the previous movie, the members of Dominic Toretto’s (Diesel) crew have settled into retirement. Brian O’Conner (Walker) and Dom’s sister Mia (Jordana Brewster) now have an infant son. Re-enter Diplomatic Security Service Agent Luke Hobbs (Johnson), who pursued the team through Fast Five, calling upon Toretto and his gang to assist in the takedown of a new threat. His name? Owen Shaw (Evans), leader of a dangerous crew who has struck and made away with advanced weapons technology. Dom’s former flame Letty (Rodriguez), who appeared to die in the fourth movie, has resurfaced as a member of Shaw’s criminal posse, and Dom is determined to win her back to the side of good. This synopsis probably should mention that there are a bunch of car chases in there too.

The Fast and Furious series has been given a remodel, evolving from being primarily about car culture to a more accessible globe-hopping action/heist type of film. It’s done the series a world of good, and Justin Lin and company have offered up a rather satisfying summer actioner in this latest installment. Sequels always have to up the ante, and sometimes it’s noticeable when said ante fails to be upped. Fast & Furious 6 does feature bigger set pieces and even more action than its predecessor, so while it isn’t particularly fresh or innovative, it gives the people what they want. 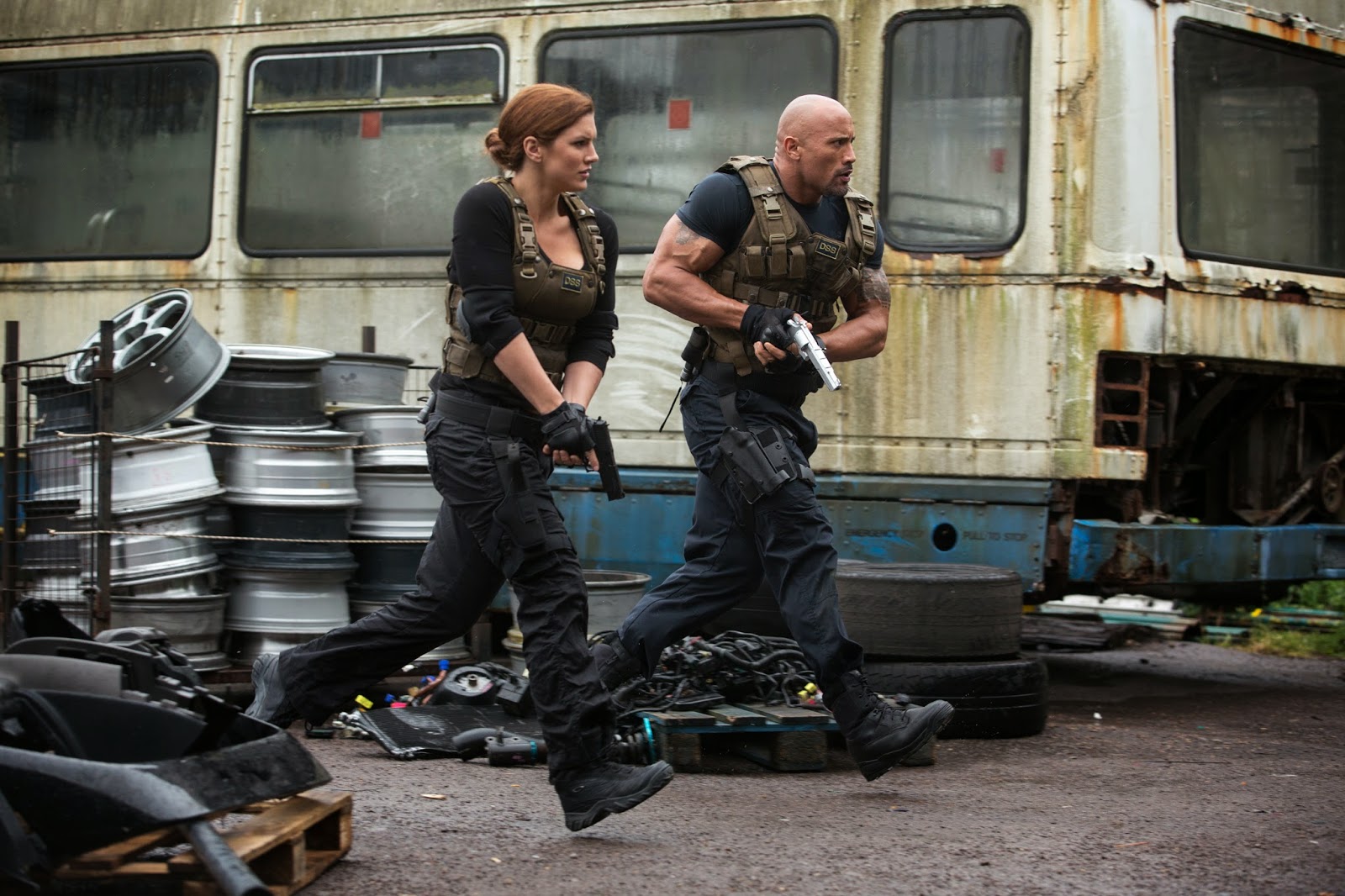 Audiences will benefit from having seen the earlier films, since there are more than a few continuity nods so one might end up feeling a mite lost. The kinship between the various members of Dom’s crew has become an important theme and something of a glue to hold all the car crashes and gunfire together. Hobbs is no longer hot on Dom’s tail and seems to have overcome his grudge on our heroes. Instead, the dramatic tension is provided by Letty’s reappearance. She’s conveniently stricken by that trope of “laser-guided amnesia”, so she works for the villain with no clue who Dom, Brian or anyone else from her ‘former life’ is. There’s a street race scene included as a nod to the franchise’s roots which also functions as a bonding moment for Dom and Letty; a nice way to tie it all together somewhat. The characters are sketched out just enough so we can root for them not to become smears on the asphalt. 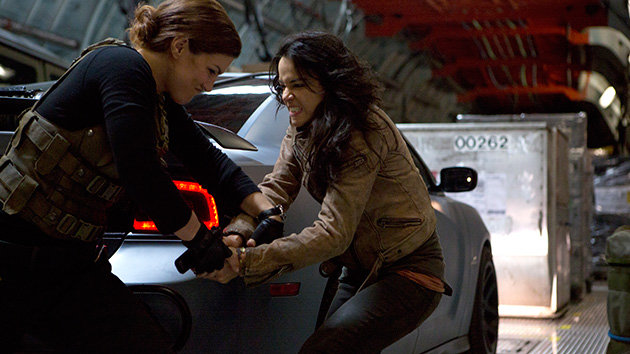 But who are we kidding, audiences don’t go to a Fast and Furious flick for “dramatic tension”. They go for the thrills and the spills and thankfully, those are in abundance here. There’s a good mix of heavy duty vehicular warfare-type ‘car’-nage and hand-to-hand martial arts scraps, sometimes happening simultaneously. MMA fighter Gina Carano and Joe Taslim of The Raid: Redemption fame both get to strut their stuff in well-choreographed combat sequences. This also one of those few times you’ll get to see two women (Carano and Rodriguez) violently go at it in the Waterloo tube station completely sober.

The car chases that rip through the streets of London, a tank chase on an elevated Spanish highway and the climactic cargo plane escape on a military airstrip are all exciting and entertaining. There’s a tactility to these scenes such that the scrapes, crunches and impacts don’t feel too artificial. This isn’t one of those films that’s two hours of pixels clanging against pixels. Sure, the computer-generated effects are noticeable, but it’s nowhere as egregious as in 2 Fast 2 Furious. This is, however, one of those films where the laws of physics are but theories. Human bodies take improbable amounts of punishment, soaring or falling through the air to have falls broken by the metal roofs of cars and airstrip runways stretch into infinity – but one should be willing to suspend disbelief enough to get swept along for the ride. 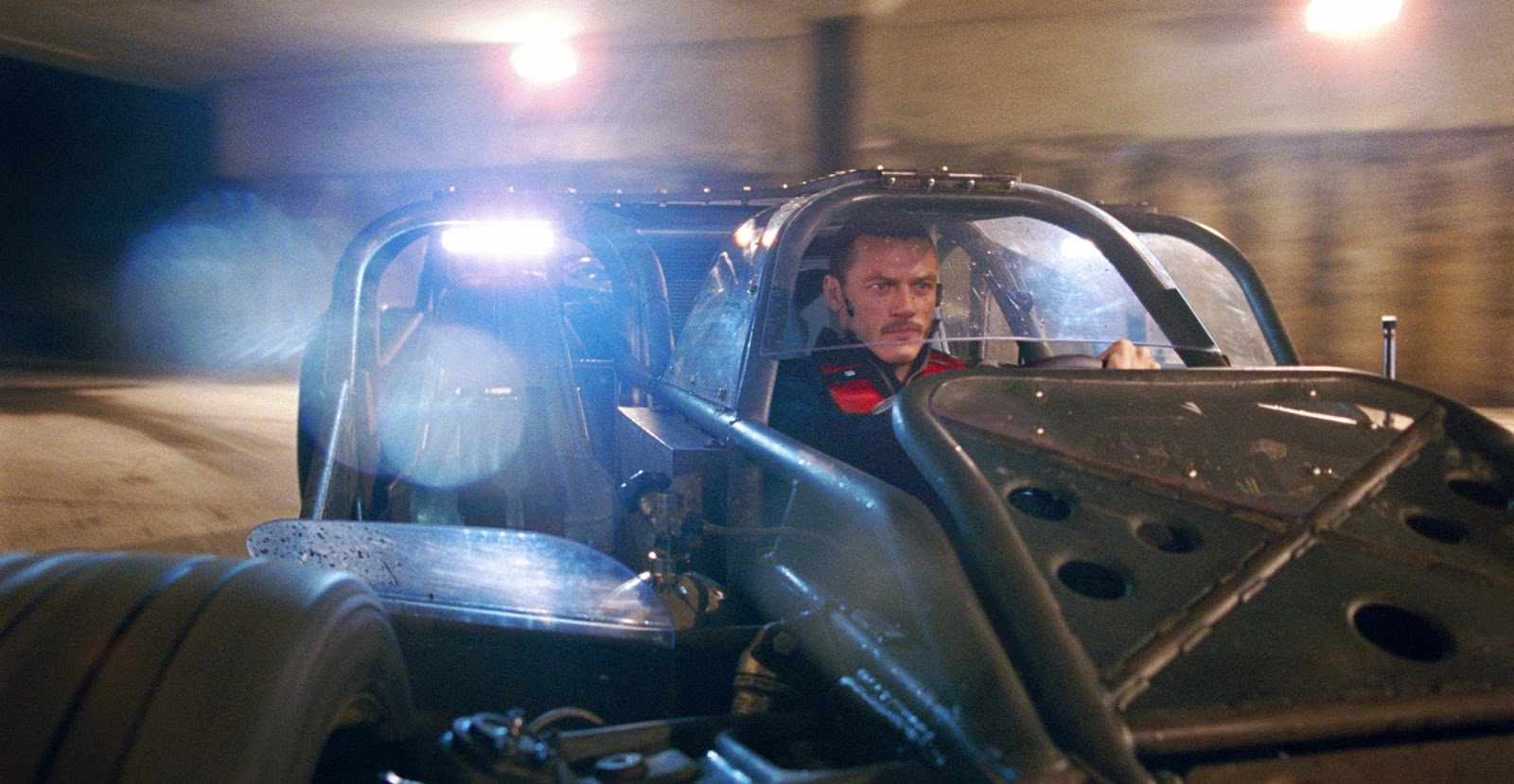 Luke Evans’ Owen Shaw is your typical hard-edged ex-military type villain, whose leadership approach of viewing his team members (essentially dark mirror images of our heroes) as game pieces merely fulfilling their functions stands in contrast to how Dom sees his crew as family. There really isn’t much depth to the character and Evans is a rather bland actor, but it is nice to see our heroes go up against a villain who actually gets behind the wheel of a car which flips other cars off its front, since the baddies of the series so far have mostly been corrupt businessmen or drug kingpins. A stinger during the end credits offers a tantalizing look at who the villain for the inevitable Fast 7 will be.

The film’s attempts at humour are a mixed bag. While Tej (Chris “Ludacris” Bridges) listing Hobbs as “Samoan Thor” on his phone is pretty funny, a bit involving a snooty, oh-so-British fancy car salesman is on the indulgent side. Still, it’s nice to see the well-oiled machine comprised of Dom, Brian, Roman (Tyrese Gibson), Tej, Gisele (Gal Gadot) and Hobbs at it again.

SUMMARY: The family that outraces tanks and military cargo planes together stays together – while never truly inventive or astounding, it’s good smash-bang escapist fun. If you liked Fast Five, odds are Fast & Furious 6 will rev your engine too.