After a five year leave of absence from the role, Donnie Yen is back as legendary martial artist Ip Man. It is 1950 and things are going well for Ip Man, who is respected throughout the land, continuing to run his Wing Chun academy. Ip Chun, the son of Ip Man and his wife Cheung Wing-sing (Hung), gets into a schoolyard fight with Cheung Fong. It turns out that Cheung Fong is the son of rickshaw puller Cheung Tin-chi (Zhang), also a Wing Chun practitioner who is making money on the side in illegal fighting matches. Said matches are organised by American property developer Frank (Tyson), a crooked businessman who has the British Hong Kong police captain in his pocket. Local gangster Ma King-sang, working for Frank, terrorises the town, threatening the school that Ip Chun and Cheung Fong attend. As Ip Man’s disciples protect the innocent town folk, he must take on Frank and Cheung Tin-chi to prove his supremacy and safeguard his loved ones. 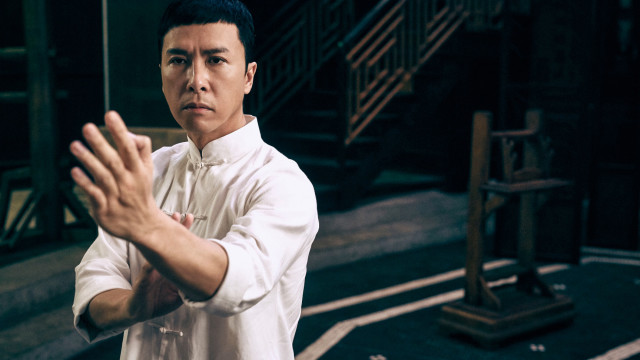 Yen was initially reluctant to portray Ip Man a third time, saying of the second film “I believe it's best to end something when it's at perfection, and leave behind a good memory." “Perfection” is a very strong word, Donnie. The sheer number of Ip Man-centric projects that cropped up after the success of the first film were also a factor in turning Yen off returning. Somehow, Ip Man 3 happened anyway, with Yen saying this will close out the series for good. This is a mess, with the feeling that a great deal was changed from what director Wilson Yip intended to shoot. The screenplay by Edmond Wong, Lai-yin Leung and Chan Tai-Li comes across as incredibly choppy and lacking in focus. Sure, the action choreography by Yen, Yuen Shun-Yee and Yuen Woo-Ping is expectedly splendid, but it ultimately needs to be in service of a solid story, which just isn’t the case here.

The initial announcements that Mike Tyson had signed on to play the villain and that Bruce Lee would be resurrected via digital trickery both reeked of unabashed gimmickry. Thankfully, cooler heads prevailed and Lee is played instead by Danny Chan, who does a fun, if over-the-top impression of the pioneering action star. Chan’s movements are appropriately swift, though his attempt at Lee’s signature cocky grin borders on caricature. Chan previously played Lee in the 2008 biographical TV series The Legend of Bruce Lee. Chan bears an uncanny resemblance to Lee and this reviewer is relieved that this is what we got instead of a disconcerting floating CGI head. While it was originally suggested that director Yip’s objective was for Ip Man 3 to follow the master-disciple relationship between Ip Man and Lee, that’s more a B-plot than anything else. 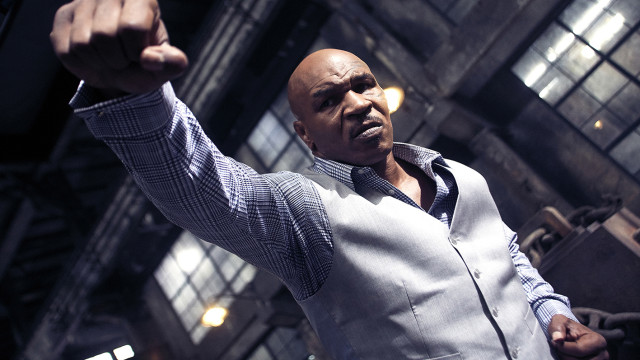 Perhaps even more surprisingly, Tyson is in very little of the film and his is a C-plot. Those looking forward to a showdown along the lines of Rocky vs. Ivan Drago in Rocky IV will come away sorely disappointed. Ip Man doesn’t even meet Frank until more than an hour into the film. Tyson is no actor and looks extremely out of place in Ip Man 3, unable to beat the snatches of Cantonese dialogue he is given into submission. Of course, it wouldn’t be an Ip Man film without a serving of anti-Western sentiment, with a supercilious British police captain also showing up. At one point, Kent Cheng’s Sgt. Po says the line “the two foreign devils are in cahoots!” with nary a sense of irony. 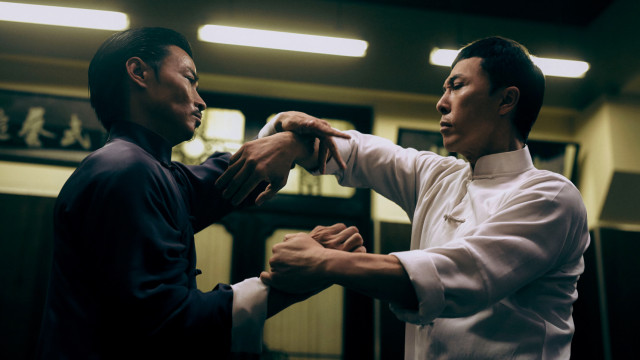 Yen has considerable experience playing Ip Man and his is often considered the definitive portrayal of the master. Ip Man is a combination warrior-sage-saint with no shortcomings to speak of and therefore not terribly interesting, because the filmmakers are too preoccupied with respecting his status to take any risks with the characterisation. Any and all scenes involving Ip Man’s wife Cheung Wing-sing and his son Ip Chun are treacly and cloying. Ip Man also had two sons in real life, but only one shows up. The real-life Ip Chun, now 91, served as the martial arts consultant on this film, as with the two earlier instalments. It is a massive missed opportunity not to have the actual Ip Chun interact with the child version of him in the film in a cameo. Like Yen, Zhang Jin actually is an accomplished martial artist and as such genre aficionados should enjoy seeing the two duke it out. There is a degree of complexity to Zhang’s character, who is an antagonist but not an out-and-out villain, which is appreciated in a film lacking in subtlety. 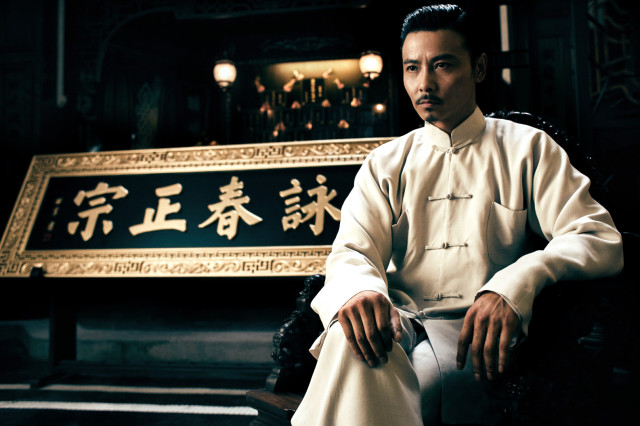 Audiences have waited a while for the conclusion to Yen’s Ip Man trilogy and this is far from a truly satisfying final chapter. The stunt casting of Tyson isn’t exploited to its full potential and Ip Man taking Bruce Lee under his wing (chun), something which these films have been building up to, is treated like a side-plot. There are superbly-staged kungfu skirmishes aplenty, but it is difficult to recommend the film solely on that basis. Should’ve left it at two, Donnie.

Summary: Dynamic fights cannot rescue this scattershot threequel which closes out the Ip Man trilogy on an underwhelming note.

Jedd Jong
Posted by Jedd the Jedi at 3:56 AM