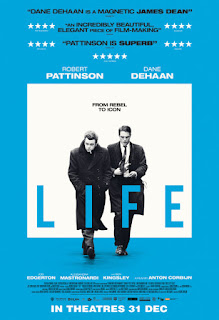 It can be said that a photo of someone is a sliver of a life frozen in time. It is 1955 and photographer Dennis Stock (Pattinson) of the Magnum Photos Agency is out to create art, tired of the same old set visit and red carpet assignments he has been given by his boss at the agency John G. Morris (Edgerton). At a Hollywood party thrown by director Nicholas Ray (Peter J. Lucas), Stock meets young actor James Dean (DeHaan). Stock quickly identifies Dean as a fascinating potential subject and pitches a photo essay for Life Magazine to Morris. Stock eventually convinces Dean to let him tag along, taking candid un-staged photos around L.A., New York and the farm in Indiana where Dean was raised. Warner Bros. studio head Jack Warner (Kingsley) is intent on pushing Dean as the next big thing, but Dean rejects the pageantry involved with presenting himself as a new matinee idol. Stock and Dean gradually go from being photographer and subject to true friends, all while Dean’s status as an icon for the ages is being moulded.

It seems that garden variety “cradle to the grave” biopics just won’t cut it anymore, and a movie about a real person has to have some kind of hook to stand out from the crowd. Steve Jobs takes place behind the scenes of three key Apple/NeXT product launches, and Life focuses on the relationship between James Dean and Dennis Stock, the photographer who took some of the most iconic photos of the star. Screenwriter Luke Davies had originally intended to pen a traditional biopic about James Dean, but was struck by the photos that Stock took of Dean walking in Times Square and looked into the background of said photos. Director Anton Corbijn is himself a photographer, famed for being U2’s official photographer and the director of many of the band’s music videos. As such, it is easy to see why he was drawn to material, perhaps feeling an affinity with Stock. 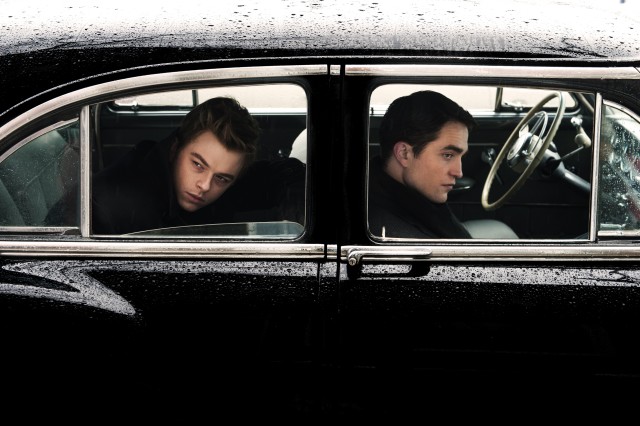 Life proves incredibly frustrating because for a film about a figure who lived fast and died (very) young, it ambles along at the most leisurely of paces. In order to capture the rising star in his most unguarded moments, Stock hung out with Dean and this movie could be titled “Hanging Out with James Dean”. When we hang out with friends, noteworthy occurrences are usually infrequent. In the film, Dean attends an acting class conducted by legendary teacher Lee Strasberg (Nicholas Rice), then goes for drinks with a few classmates and dances. It just so happens that he’s dancing with Eartha Kitt (Kelly McCreary). We glimpse a who’s who of 50s Hollywood luminaries including Elia Kazan (Michael Thierrault), Raymond Massey (John Blackwood) and Natalie Wood (Lauren Gallagher), but all the glitz and glamour is intended to be secondary to the central friendship of Stock and Dean. It’s akin to a kid at Disney World being dragged past Star Tours by his parents and forced to sit through the Hall of Presidents. 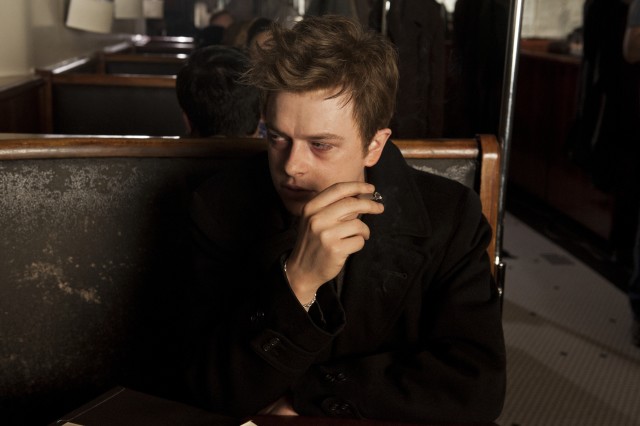 James Dean is hailed as something of a mythic figure idolised by many and casting someone to play a personality whose look and attitude has been influential far after his death must have been an immense challenge. DeHaan might only resemble Dean on a foggy night from 30 feet away but he does make a conscious effort to convey Dean’s brooding intensity. There are moments when the performance comes across as whiny and others when it feels like someone playing dress-up, but one can tell DeHaan’s done his homework. Fellow Harry Osborn James Franco has also played Dean, in a 2001 made-for-TV biopic.

Pattinson has spent most of his post-Twilight career trying to distance himself from the vampire romance franchise and while he’s not a terrible actor, he’s not great either – at least not yet. Pattinson does develop a chemistry with DeHaan and the relationship progresses believably. The film depicts the dissolution of Dean’s romance with Italian starlet Pier Angeli (Mastronardi), though it seems like the film is eager to get her out of the way so the bromance may commence. Kingsley shows up to do some very delicious scene-chewing as Warner, less head honcho and more terrifying overlord of tinsel town. 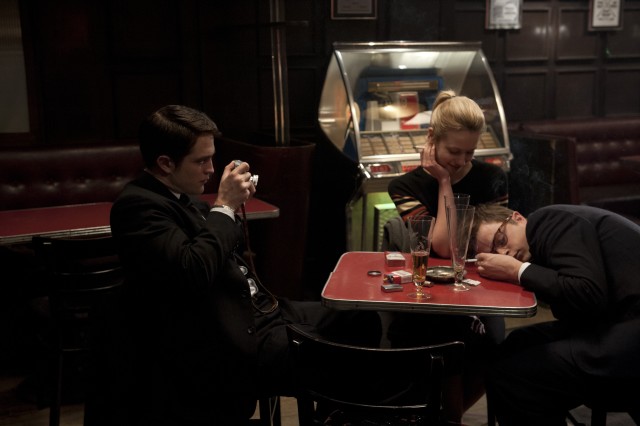 Life views James Dean through a photographer’s lens, pushing the glitz and glamour out of frame as much as possible. Perhaps through observing Dean, Stock changed and impacted the actor in some way as well. The approach is hit and miss – sometimes, Life’s quiet approach distinguishes it from melodramatic broad strokes biopics but at others, this feels like a boring movie about a fascinating subject, never digging quite deep enough. 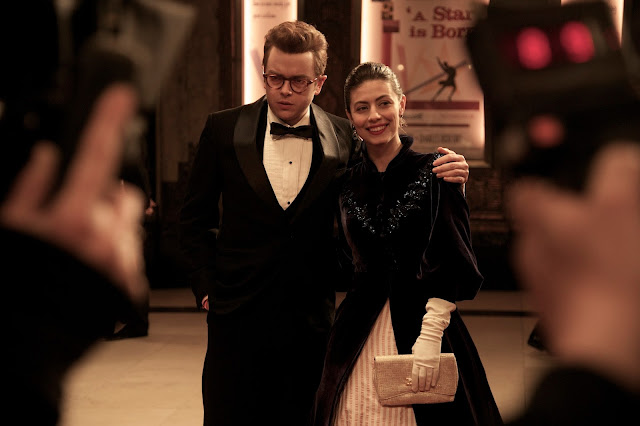 Summary: While thoughtfully crafted, there are considerable stretches where Life seems to come to a standstill, the low-key approach working both for and against it.

Jedd Jong
Posted by Jedd the Jedi at 6:26 PM