Director Danny Boyle and screenwriter Aaron Sorkin take us on a journey to the core of the Apple in this biopic. The film dives into the frantic lead-up to three key product launches during the career of tech entrepreneur Steve Jobs (Fassbender). In 1984, Jobs and marketing executive Joanna Hoffman (Winslet) labour over the demonstration of the Apple Macintosh. In the meantime, Jobs brushes off his ex-girlfriend Chrisann Brennan (Waterston), denying that he fathered Chrisann’s daughter Lisa (Moss, Sobo and Haney-Jardine at different ages). In 1988, Jobs attempts to get the NeXT computer off the ground after being ousted from Apple by CEO John Sculley (Daniels). The final act of the film skips ahead ten years to the unveiling of the iMac in 1998. Across the three segments, we also see Jobs’ interactions with his close collaborator Steve Wozniak (Rogen), member of the original Mac team Andy Hertzfeld (Stuhlbarg) and GQ journalist Joel Pforzheimer (John Ortiz). 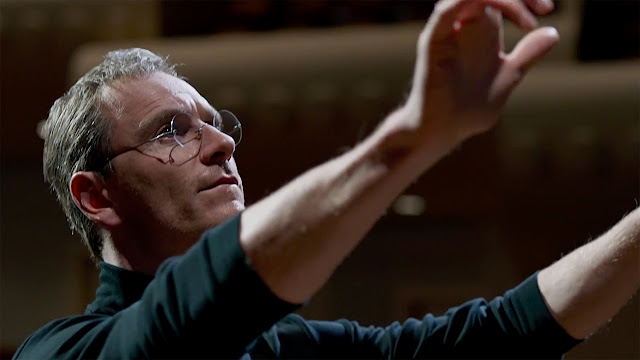 When Aaron Sorkin writes a movie, it’s immediately known as an “Aaron Sorkin movie”, regardless of however prolific the director is. Steve Jobs sees Danny Boyle take on Sorkin’s screenplay, imbuing what could very well be a stage play with considerable vim and verve. Boyle has never shied away from experimenting with style and Steve Jobs’ visual dynamism complements the wit of the script. Boyle and cinematographer Alwin Küchler shot each act in different film formats: 16mm for 1984, 35mm for 1988, and digital for 1998, with the look of each segment reflecting the gradual evolution of Jobs’ own style. Likewise, Daniel Pemberton’s score employs analog synthesisers for the 1984 segment, an orchestra for the 1988 segment and digitally-produced tracks made on an iMac for the 1998 act. There are conscious stylistic choices running through the film which enhance and reinforce the firecracker dialogue to string the three distinct acts into a holistic piece.

Sorkin’s hook is that instead of giving an overview of Jobs’ whole life, the film offers snapshots of it. The clear-cut three act structure (or a symphony in three movements, if one prefers) is a gambit that pays off. While it might be frustrating that only these specific events are given focus and that the film concludes a fair bit before the iPod or iPhone happened, the interpersonal drama is constructed with admirable intricacy. Naturally, Boyle and Sorkin take a considerable amount of artistic license and many of the incidents depicted in the film have been invented out of whole cloth. Sorkin said of the lines he wrote, “If any of them are real, it’s a remarkable coincidence.” However, because of how trippingly on the tongue all that Sorkinese is delivered, there is nary a moment for the audience to sit back and pick apart the inaccuracies. 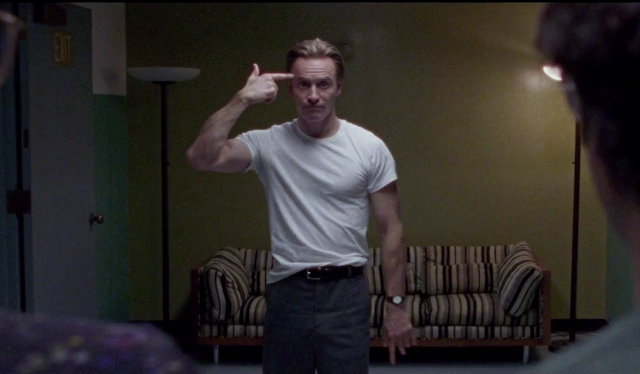 Fassbender has been garnering deserved Oscar buzz for his portrayal of Jobs. While many leading men that Hollywood has attempted to foist on us in recent years are blandly handsome and lacking in screen presence, Fassbender is the master of magnetism. His lack of physical resemblance to Jobs is compensated by a bravura intensity and confidence which draws the audience in no matter how utterly unlikeable the character gets and how many tantrums he throws. This is a markedly different character from Jesse Eisenberg’s take on Mark Zuckerberg in the earlier Sorkin-penned tech icon biopic The Social Network. Both screenplays are Sorkin pieces through and through, and it is fun to parse the similarities and differences. Despite the sheer strength of Fassbender’s portrayal, this reviewer couldn’t help but imagine what Christian Bale, who was attached to the project in its earliest stages, could have done with the part. 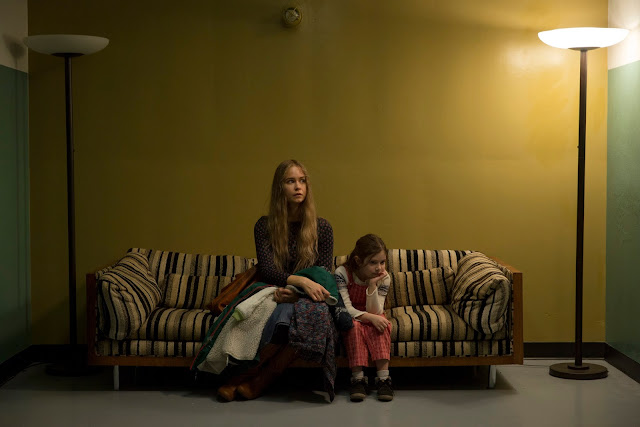 The film quickly establishes that it takes someone with an iron constitution to not only tolerate being around Jobs but to regularly stand up to him, and Winslet conveys exactly this with her portrayal of Joanna Hoffman. Winslet spent time with the real Hoffman to capture her mannerisms and she nails the slight Polish accent – her work with the dialect is better than Fassbender’s.  When she or any other character goes toe-to-toe with Jobs, it’s like watching a sparring match. Rogen has memorably stated that he “won’t ruin your fancy drama” and while the role of Steve Wozniak is not exactly the acting challenge playing Jobs is, Rogen is personable and the ideal counterpoint to Fassbender’s performance. Daniels’ performance as the mentor figure who eventually has a falling out with Jobs has considerable emotional impact in spite of the relatively small size of the role. 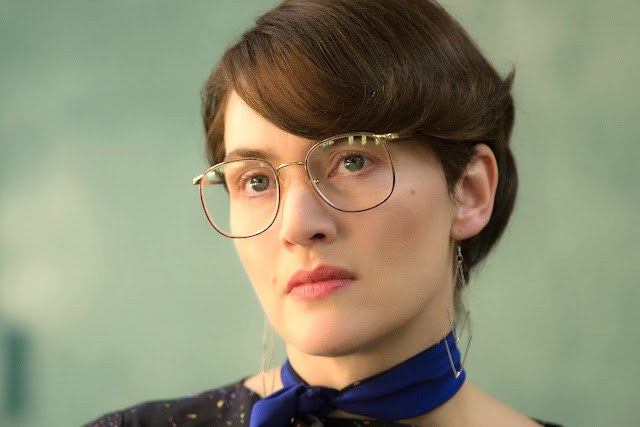 Steve Jobs is not a hagiography because its subject is not a saint. It’s not blind hero worship because its subject is not exactly a hero. If anything, several of the real-life figures portrayed in the film have come forward to say Jobs was nicer than written and portrayed in the film. The film does get it across that Jobs was driven and immensely passionate. The opening archival footage of science fiction author Arthur C. Clarke standing in a room occupied by one massive computer from the late 60s as he predicts that personal computers will one day be as ubiquitous as telephones does put Jobs’ vision of a “computer for the rest of us” and Apple’s eventual realisation of said vision in perspective. 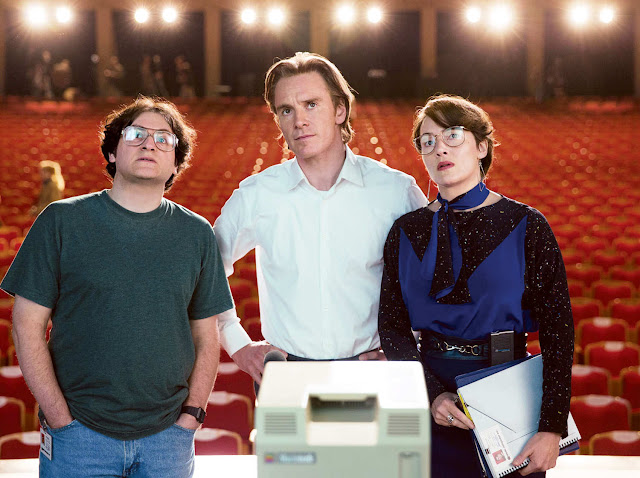 Biographical dramas, particularly those calibrated for awards season consideration, can often be stodgy affairs. Steve Jobs practically cartwheels across the screen – it’s an exhilarating experience and it’s fun to soak in all those quotable, razor-sharp lines and momentarily feel smarter by osmosis. There are certain conflicts that feel a mite overblown and the ending is somewhat schmaltzy in spite of Sorkin’s and Boyle’s best efforts, but Steve Jobs succeeds as an insightful, unconventional character study that is enthralling throughout.

Summary: Factual inaccuracies are smoothed over with mesmerizing performances, electrifying direction and whip-smart storytelling in this unconventional and beautifully crafted biopic.