If there’s one constant throughout most ancient deistic mythologies, it’s that the gods have always got to drag poor mortals into their epic struggles. The god Osiris (Brown) is about to pass the crown to his son Horus (Coster-Waldau), the god of the sky. Osiris’ jealous brother Set (Butler), the god of the desert, crashes the coronation and snatches the crown for himself, gouging out Horus’ eyes and stealing away Horus’ companion Hathor (Yung), the goddess of love. Bek (Thwaites), a streetwise mortal, is hopelessly in love with Zaya (Eaton), who is forced to be a servant to chief architect Urshu (Sewell). Zaya gives Bek the plans to Set’s secret vault, and Bek sets about breaking in to steal Horus’ eye and return it to the god. Weakened and in exile, Horus reluctantly teams up with Bek, travelling to the domain of his grandfather Ra (Rush) the sun god to request that Horus’ powers be restored. Horus and Bek must call upon the expertise of Thoth (Boseman), the god of wisdom, to answer the riddle of the Sphinx and defeat the power-mad Set. 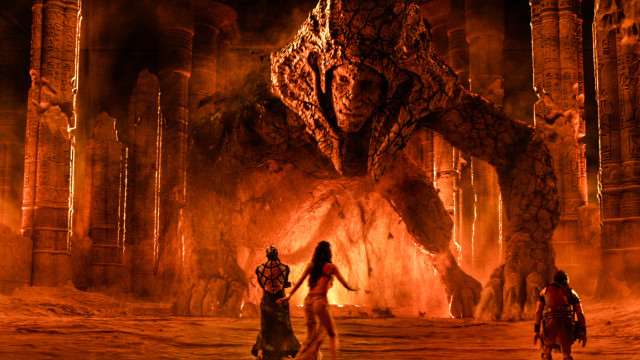 If you saw the trailers for Gods of Egypt and thought “gee, this looks ridiculous”, you aren’t alone and you aren’t wrong. This fantasy flick overflows with gratuitous and consistently-unconvincing computer-generated imagery. The best thing that can be said about it is, well, it’s colourful. The plot point of gods falling from grace is faintly echoed by the way director Alex Proyas’ own career has tumbled. The once-promising helmer of The Crow and Dark City eventually went from that to I, Robot, to Knowing, to now this. Clash of the Titans but with ancient Egyptian deities is a fun premise on paper, but Gods of Egypt entirely lacks the resources to pull this off, even with a $140 million budget. Screenwriting duo Matt Sazama and Buck Sharpless, whose less-than-inspiring credits comprise Dracula Untold and The Last Witch Hunter, spin a story that comes off as derivative. Despite referencing specific elements of ancient Egyptian mythology, the characters lack any defining identity of their own. 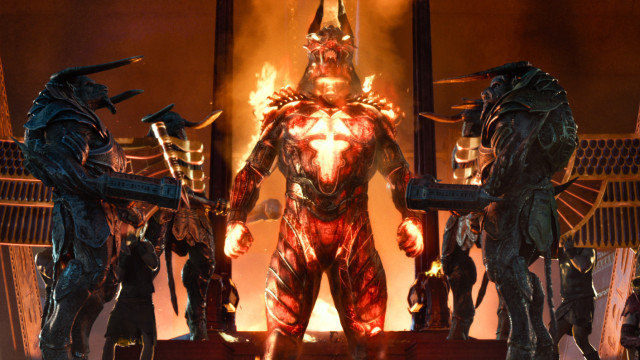 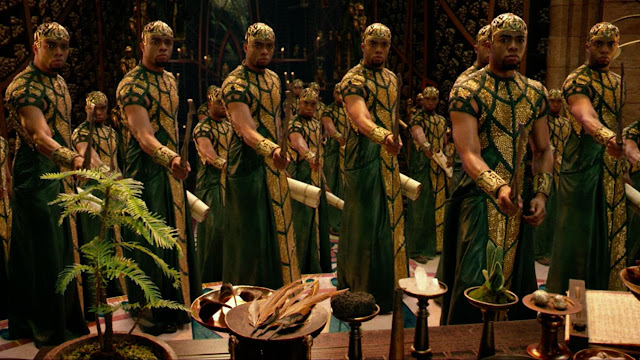 Gods of Egypt has come under fire for its whitewashed casting – this is a film drawing on African mythology that features a predominantly white cast. Both director Proyas and studio Lionsgate have issued apologies for not considering a diverse cast, while also trucking out the expected “but it’s a fantasy film” defence. Yes, this is a silly, ultimately inconsequential movie, but what it sadly demonstrates is that even in 2016, white actors who are B-listers at best are preferred over actors of other ethnicities. Boseman has said he is thankful that as someone of African descent, he gets to portray the god of wisdom Thoth, but also conceded in the same interview that “people don't make $140 million movies starring black and brown people.” Thoth is assisted by an army of duplicates of himself, so there’s a sad joke about how that evens the scales somewhere in there. 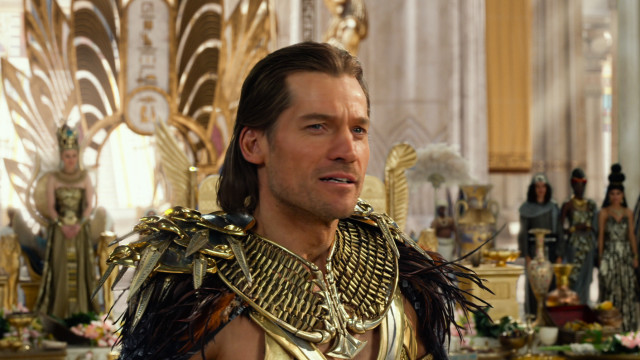 Coster-Waldau, best-known as Jamie Lannister on Game of Thrones, is a passable brooding hero. Thwaites, playing a character who’s essentially Disney’s version of Aladdin, is almost insufferably bland and frequently annoying. The stabs at buddy movie banter between Horus and Bek generally fall flat. Model/actress Eaton, who played Cheedo the Fragile in Mad Max: Fury Road, matches Thwaites in her woodenness. The relationship between Bek and Zaya is meant to be one worth charging the gates of the underworld for, but it really couldn’t be any less compelling. As the other main female character in the story, Yung fares only slightly better, Hathor serving primarily as further motivation for Horus to seek vengeance against Set. 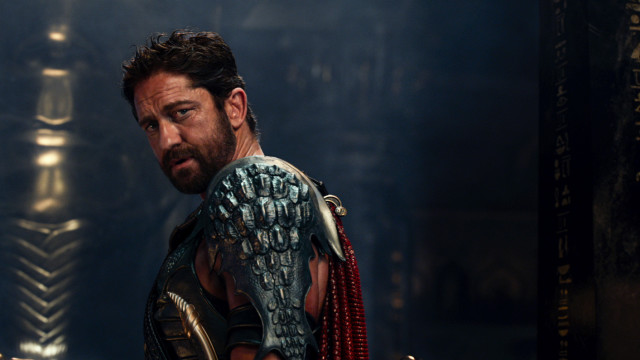 Butler chomping the scenery as a snarling villain consumed with absolute domination is, at least, slightly more interesting than Butler playing a generic action hero, or trying his hand at romantic comedy. Rush’s appearance as Ra feels like a cut-rate version of Anthony Hopkins as Odin in the Thor movies, like a doctor-ordered dosage of prestige. It is somewhat amusing to see the Oscar-winner battle what can only be described as, forgive our crassness, a gargantuan cosmic toothed anus. 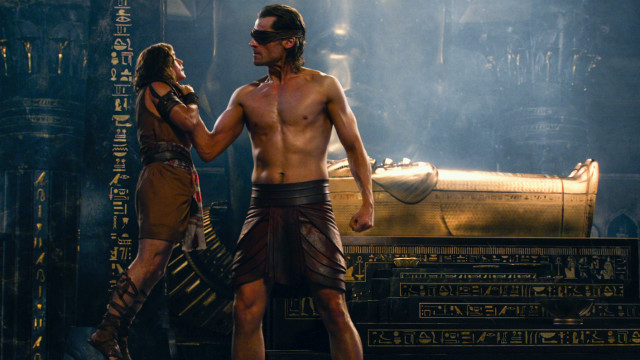 Gods of Egypt is quite the misguided enterprise, at once extravagant and hollow. Any inventiveness its visuals might possess is undercut by the phoniness of it all. For example, while it certainly sounds cool to have all the gods stand nine feet tall, this “reverse-Hobbit” effect makes it seem like they’re never actually occupying the same space as the mortals they’re interacting with. You’re tired of reading this comparison, we’re tired of writing it and it’s a disservice to video games, but this movie looks like a video game. While Gods of Egypt feels like it’s going to be so bad it’s good and there is a fair amount of unintentional hilarity to take in, everything eventually blurs together and it’s more effort to endure than it’s worth. 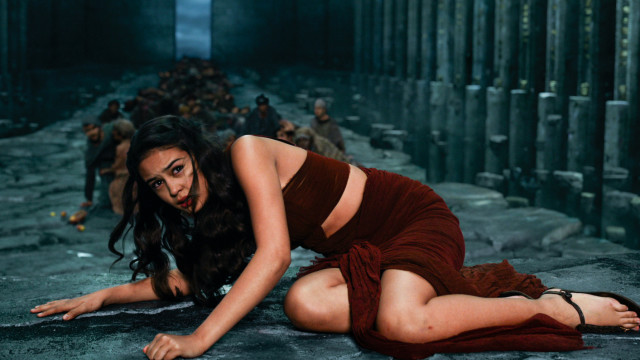 Summary: Between the CGI mucilage, flat acting, uninspired story and a once-promising director just giving up, Gods of Egypt is an ungodly mess.

Jedd Jong
Posted by Jedd the Jedi at 6:55 AM