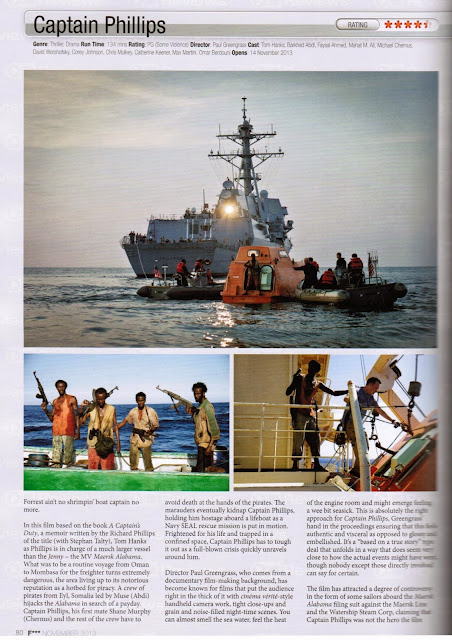 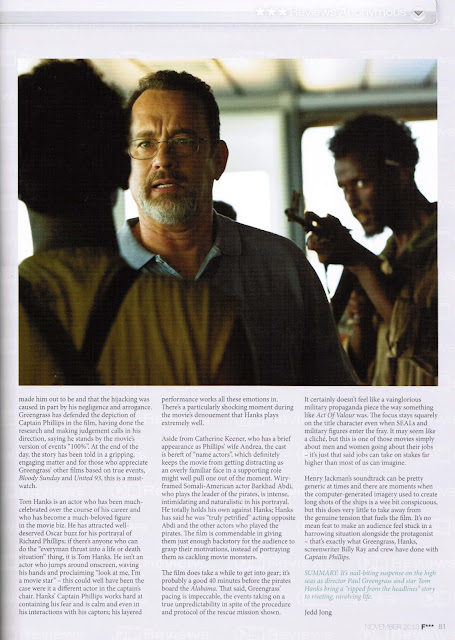 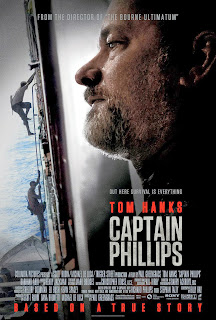 In this film based on the book A Captain’s Duty, a memoir written by the Richard Phillips of the title with Stephan Talty, Tom Hanks as Phillips is in charge of a much larger vessel than the Jenny – the MV Maersk Alabama. What was to be a routine voyage from Oman to Mombasa for the freighter turns extremely dangerous, the area living up to its notorious reputation as a hotbed for piracy. A crew of pirates from Eyl, Somalia led by Muse (Abdi) hijacks the Alabama in search of a payday. Captain Phillips, his first mate Shane Murphy (Chernus) and the rest of the crew have to avoid death at the hands of the pirates. The marauders eventually kidnap Captain Phillips, holding him hostage aboard a lifeboat as a Navy SEAL rescue mission is put in motion. Frightened for his life and trapped in a confined space, Captain Phillips has to tough it out as a full-blown crisis quickly unravels around him.

Director Paul Greengrass, who comes from a documentary filmmaking background, has become known for films that put the audience right in the thick of it with cinéma vérité-style handheld camera work, tight closeups and grain and noise-filled nighttime scenes. You can almost smell the seawater, feel the heat of the engine room and might emerge feeling a wee bit seasick. This is absolutely the right approach for Captain Phillips, Greengrass’ hand in the proceedings ensuring that this feels authentic and visceral as opposed to glossy and embellished. It’s a “based on a true story” type deal that unfolds in a way that does seem very close to how the actual events might have went, though nobody except those directly involved can say for certain. The film has attracted a degree of controversy in the form of some sailors aboard the Maersk Alabama filing suit against the Maersk Line and the Watership Steam Corp, claiming that Captain Phillips was not the hero the film made him out to be and that the hijacking was caused in part by his negligence and arrogance. Director Greengrass has defended the depiction of Captain Phillips in the film, having done the research and making judgement calls in his direction, saying he stands by the movie’s version of events “100%”. At the end of the day, the story has been told in a gripping, engaging manner and for those who appreciate Greengrass’ other films based on true events, Bloody Sunday and United 93, this is a must-watch. 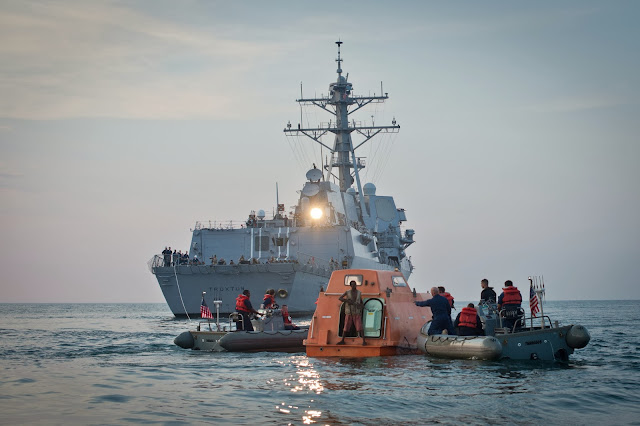 Tom Hanks is an actor who has been much-celebrated over the course of his career and who has become a much-beloved figure in the movie biz. He has attracted well-deserved Oscar buzz for his portrayal of Richard Phillips; if there’s anyone who can do the “everyman thrust into a life or death situation” thing, it is Tom Hanks. He isn’t an actor who jumps around onscreen, waving his hands and proclaiming “look at me, I’m a movie star” – this could well have been the case were it a different actor in the captain’s chair. Hanks’ Captain Phillips works hard at containing his fear and is calm and even in his interactions with his captors; Hanks’ layered performance working all these emotions in. There’s a particularly shocking moment during the movies denouement that Hanks plays extremely well. 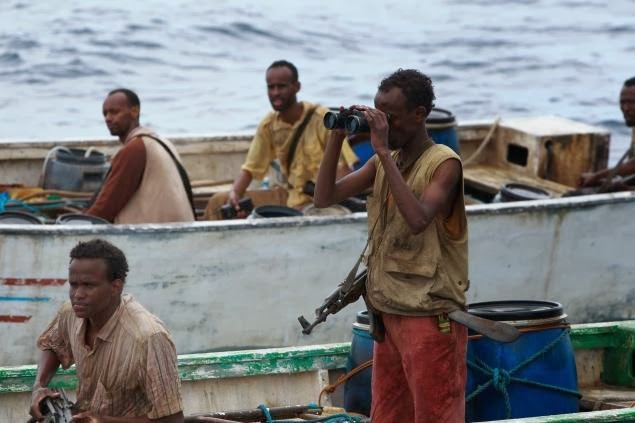 Aside from Catherine Keener, who has a brief appearance as Phillips’ wife Andrea, the cast is bereft of “name actors”, which definitely keeps the movie from getting distracting as an overly familiar face in a supporting role might well pull one out from the moment. Wiry-framed Somali-American actor Barkhad Abdi who plays the leader of the pirates is intense, intimidating and naturalistic in his portrayal. He totally holds his own against Tom Hanks; Hanks has said he was “truly petrified” acting opposite Abdi and the other actors who played the pirates. The film is commendable in giving them just enough backstory for the audience to grasp their motivations, instead of portraying them as cackling movie monsters.

The film does take a while to get into gear, it’s probably a good 40 minutes before the pirates board the Alabama. That said, Greengrass’ pacing is impeccable, the events taking on a true unpredictability in spite of the procedure and protocol of the rescue mission shown. It certainly doesn’t feel like a vainglorious military propaganda piece the way something like Act of Valor was. The focus stays square on the title character even when SEALs and military figures enter the fray. It may seem like a cliché, but this is one of those movies simply about men and women going about their jobs - it’s just that said jobs can take on stakes far higher than most of us can imagine. 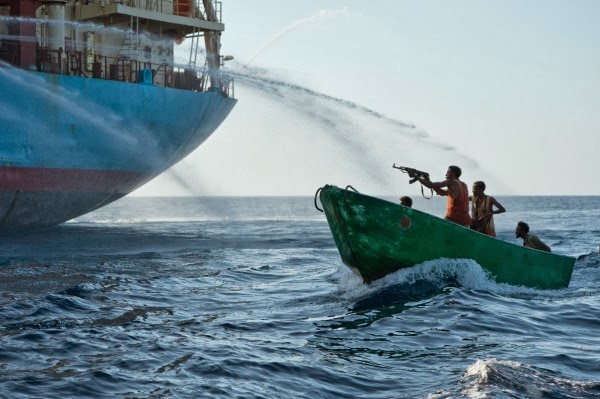 Henry Jackman’s soundtrack can be pretty generic at times and there at moments when the computer-generated imagery used to create long shots of the ships is a wee bit conspicuous, but this does very little to take away from the genuine tension that fuels the film. It’s no mean feat to make an audience feel stuck in a harrowing situation alongside the protagonist – that’s exactly what Greengrass, Hanks, screenwriter Billy Ray and crew have done with Captain Phillips.