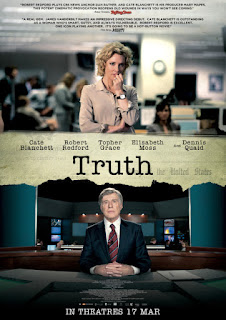 The Bible tells us that “the truth shall set you free”, but there are times when it can feel like the truth can hold you prisoner, as Cate Blanchett finds out in this drama. Blanchett plays Mary Mapes, the producer of CBS’ primetime news program 60 Minutes Wednesday. In the months leading up to the 2004 presidential election, 60 Minutes airs a story about President George W. Bush receiving preferential treatment from his superiors at the Texas Air National Guard, with memos allegedly authored by Bush’s commander Lt. Col. Jerry Killian as proof. Mapes, her team and veteran news anchor and 60 Minutes presenter Dan Rather (Redford) come under fire after the program is aired, with multiple viewers calling the veracity of the documents procured by 60 Minutes into question. Rather, hitherto a widely respected figure in broadcast news, finds his reputation threatened as Mapes scrambles to defend herself and prove that 60 Minutes did not lie to the American public.

Truth is based on Mapes’ 2005 memoir entitled “Truth and Duty: The Press, the President, and the Privilege of Power.” Writer/director James Vanderbilt adapted the book for the screen and he makes his directorial debut with this film. Because Mapes’ account of events is the primary source, it cannot be expected that Truth is an objective depiction of the Killian Documents controversy, which came to be colloquially known as “Memogate” and “Rathergate”. The 60 Minutes story was one of the first pieces of investigative broadcast journalism to be dissected and torn apart online by bloggers and CBS was blasted for apparently exhibiting a liberal bias by running the anti-Bush story without thoroughly verifying these documents. Somewhere in there, there’s a gripping tale of the profound responsibility that journalists must uphold and Truth did get this reviewer invested in Mapes’ journey, but the film is pervaded with a sense of heavy-handed portentousness and turns out to be far less incisive than it thinks it is. 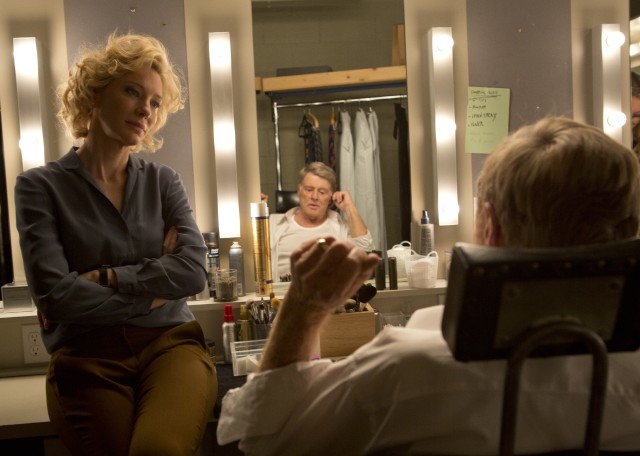 Contrary to its title, Truth can’t help but feel phony at times. While this is a slicker, better-made film than many directorial debuts, Vanderbilt’s attempts to drum up the excitement and establish grave stakes feel slightly overblown. One of the culprits is Brian Tyler’s musical score, which heaves with bombast and sounds like something out of Air Force One. Quaid plays Col. Roger Charles, a member of Mapes’ investigative team, and it seems his primary function is to dispense exposition. There is a cringe-worthy scene set in a plane in which Charles explains to freelance reporter Mike Smith (Grace) that Mapes’ father physically abused her and that Mapes sees Rather as a father figure. There are also so many “what have I done?” moments in which realization dawns on Mapes that the scandal has taken another terrible turn, that it borders on self-parody.

Vanderbilt’s trump card is his cast, especially lead performers Blanchett and Redford who are expectedly excellent. In spite of how many times the story trips over itself, the duo carries it to the finish line in tandem. Blanchett’s Mapes is doggedly persistent and suffers no fools, someone who is dedicated to her job and witnesses her life’s work crumbling around her. Truth would very much obviously like us to take Mapes’ side, and Blanchett’s portrayal of her ensures that we do – at least up until the movie ends and we start reflecting on the proceedings in-depth. Redford bears little physical resemblance to the famous newsman, and when playing someone so recognisable, perhaps physical resemblance should count for something. However, he has no trouble at all creating a warm, trustworthy and respectable figure and the interaction between Redford and Blanchett does possess a degree of heart. 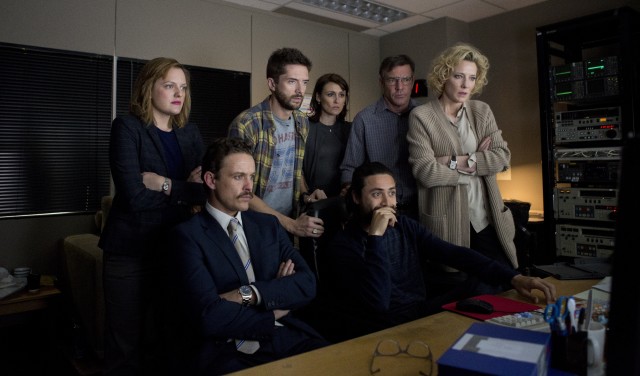 The rest of the characters are disappointingly two-dimensional; propping up the story as it progresses – Grace is the comic relief, lying on the couch, tossing a baseball in the air and asking the rest of the people in the room “you guys feel like pizza?” Quaid, as mentioned earlier, recaps things “as you know”-style for the audience. Moss, as associate producer Lucy Scott, has precious little to do. The various CBS higher-ups grumble/yell at Mapes and her team, occasionally flinging objects across the room in frustration. It turns out that securing Blanchett and Redford is a casting coup not just because they’re talented actors but because there’s little else to recommend in the film beyond them.
Truth is made with polish but lacks finesse, an indignant cry that is far from altogether convincing in making us re-evaluate the events of over 10 years ago. The film desperately wants viewers to see Mapes and Rather as righteous martyrs laying their careers on the line and going down with their ship, a point of view that CBS has slammed. It’s not a case of “here are the facts; draw your own conclusions” because of the side the film takes, but the look behind the scenes at the politics of journalistic ethics, however flawed, is nonetheless fascinating. Perhaps Vanderbilt did as a good a job as possible with the stipulation that Mapes and Rather must be portrayed as the good guys, but then again, it feels like the title “Truth?” would be a better fit. 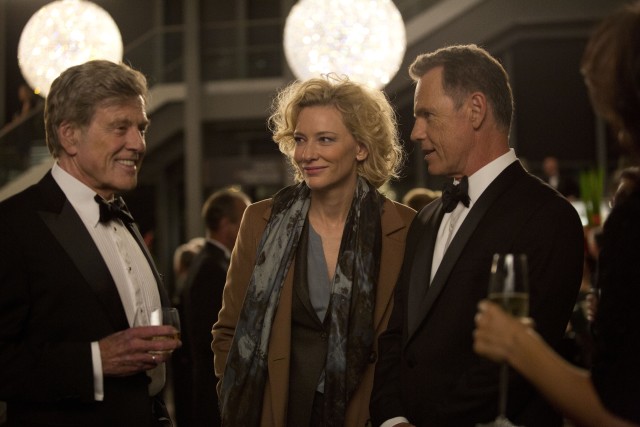 Summary: Truth is clumsy, preachy and Oscar-baity, not entirely successful in convincing viewers that its protagonists’ lapses in judgement were justifiable and forgivable. However, it’s impossible to overlook Blanchett and Redford’s stellar performances.

Jedd Jong
Posted by Jedd the Jedi at 5:22 AM