Better the Devil You Know: Lawyering Up with Charlie Cox 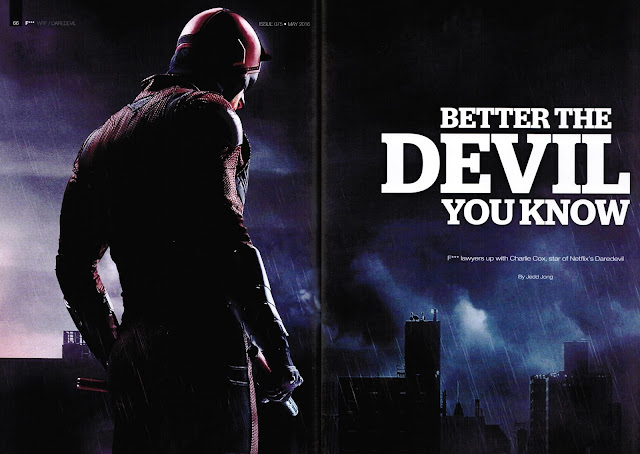 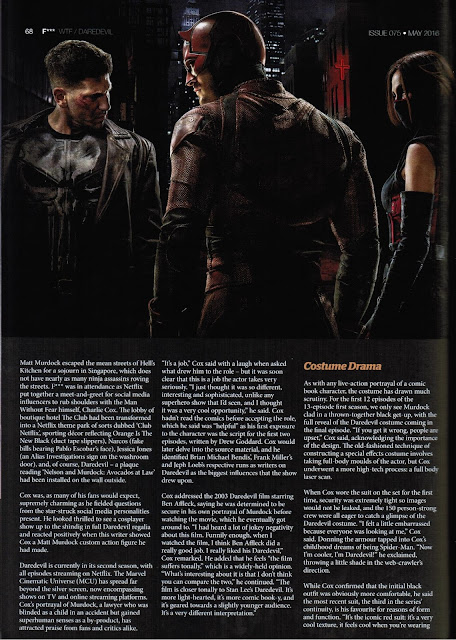 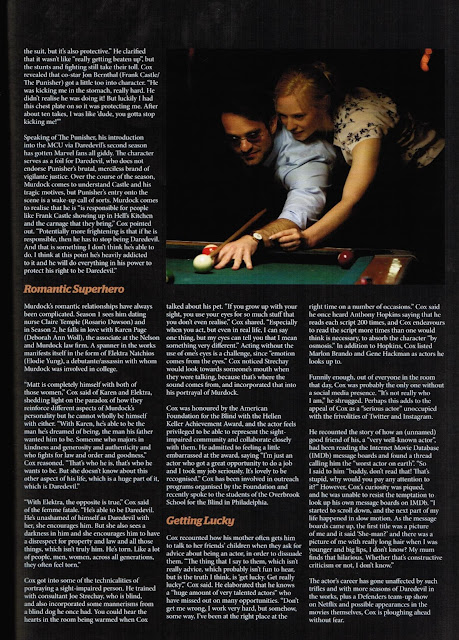 BETTER THE DEVIL YOU KNOW
F*** lawyers up with Charlie Cox, star of Netflix’s Daredevil
By Jedd Jong 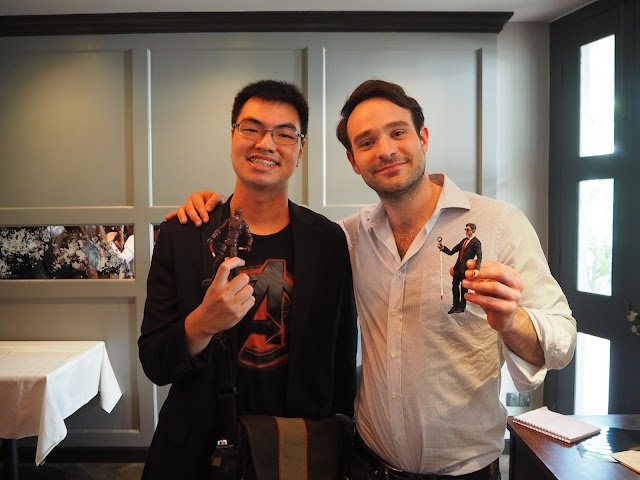 Matt Murdock escaped the mean streets of Hell’s Kitchen for a sojourn in Singapore, which does not have nearly as many ninja assassins roving the streets. F*** was in attendance as Netflix put together a meet-and-greet for social media influencers to rub shoulders with the Man Without Fear himself, Charlie Cox. The lobby of boutique hotel The Club had been transformed into a Netflix theme park of sorts dubbed “Club Netflix”, sporting décor reflecting Orange is the New Black (duct tape slippers), Narcos (fake bills bearing Pablo Escobar’s face), Jessica Jones (an Alias Investigations sign on the washroom door), and, of course, Daredevil – a plaque reading “Nelson and Murdock: Avocados at Law” had been installed on the wall outside.

Cox was, as many of his fans would expect, supremely charming as he fielded questions from the star-struck social media personalities present. He looked thrilled to see a cosplayer show up to the shindig in full Daredevil regalia and reacted positively when this writer showed Cox a Matt Murdock custom action figure he had made.

Daredevil is currently in its second season, with all episodes streaming on Netflix. The Marvel Cinematic Universe (MCU) has spread far beyond the silver screen, now encompassing shows on TV and online streaming platforms. Cox’s portrayal of Murdock, a lawyer who was blinded as a child in an accident but gained superhuman senses as a by-product, has attracted praise from fans and critics alike. 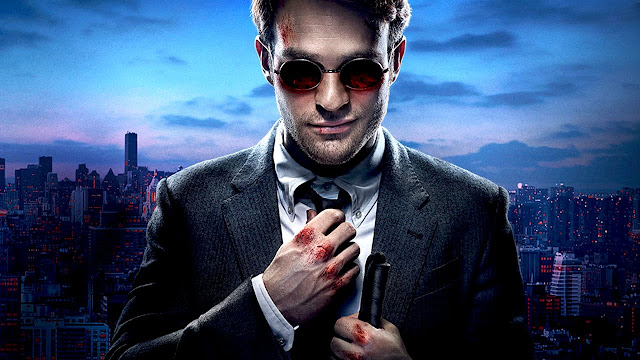 “It’s a job,” Cox said with a laugh when asked what drew him to the role – but it was soon clear that this is a job the actor takes very seriously. “I just thought it was so different, interesting and sophisticated, unlike any superhero show that I’d seen, and I thought it was a very cool opportunity,” he said. Cox hadn’t read the comics before accepting the role, which he said was “helpful” as his first exposure to the character was the script for the first two episodes, written by Drew Goddard. Cox would later delve into the source material, and he identified Brian Michael Bendis’, Frank Miller’s and Jeph Loeb’s respective runs as writers on Daredevil as the biggest influences that the show drew upon. 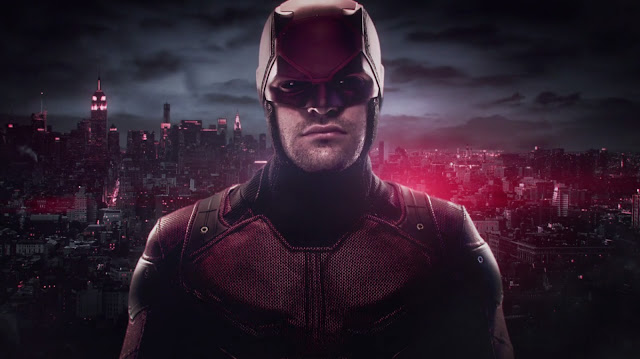 Cox addressed the 2003 Daredevil film starring Ben Affleck, saying he was determined to be secure in his own portrayal of Murdock before watching the movie, which he eventually got around to. “I had heard a lot of jokey negativity about this film. Funnily enough, when I watched the film, I think Ben Affleck did a really good job. I really liked his Daredevil,” Cox remarked. He added that he feels “the film suffers tonally,” which is a widely-held opinion. “What’s interesting about it is that I don’t think you can compare the two,” he continued. “The film is closer tonally to Stan Lee’s Daredevil. It’s more light-hearted, it’s more comic book-y, and it’s geared towards a slightly younger audience. It’s a very different interpretation.”

As with any live-action portrayal of a comic book character, the costume has drawn much scrutiny. For the first 12 episodes of the 13-episode first season, we only see Murdock clad in a thrown-together black get-up, with the full reveal of the Daredevil costume coming in the final episode. “If you get it wrong, people are upset,” Cox said, acknowledging the importance of the design. The old-fashioned technique of constructing a special effects costume involves taking full-body moulds of the actor, but Cox underwent a more high-tech process: a full body laser scan.

When Cox wore the suit on the set for the first time, security was extremely tight so images would not be leaked, and the 150 person-strong crew were all eager to catch a glimpse of the Daredevil costume. “I felt a little embarrassed because everyone was looking at me,” Cox said. Donning the armour tapped into Cox’s childhood dreams of being Spider-Man. “Now I’m cooler, I’m Daredevil!” he exclaimed, throwing a little shade in the web-crawler’s direction. 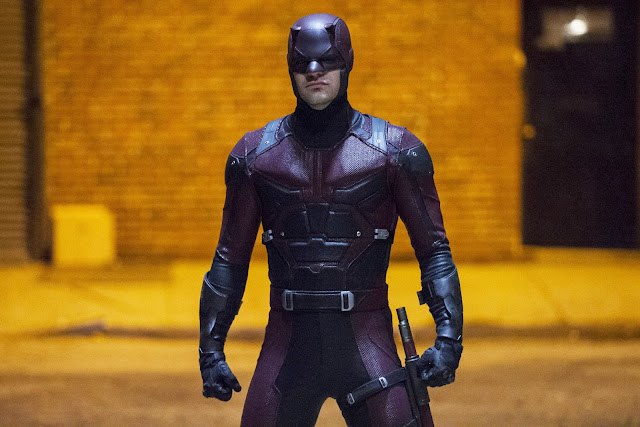 While Cox confirmed that the initial black outfit was obviously more comfortable, he said the most recent suit, the third in the series’ continuity, is his favourite for reasons of form and function. “It’s the iconic red suit: it’s a very cool texture, it feels cool when you’re wearing the suit, but it’s also protective.” He clarified that it wasn’t like “really getting beaten up”, but the stunts and fighting still take their toll. Cox revealed that co-star Jon Bernthal (Frank Castle/The Punisher) got a little too into character. “He was kicking me in the stomach, really hard. He didn’t realise he was doing it! But luckily I had this chest plate on so it was protecting me. After about ten takes, I was like ‘dude, you gotta stop kicking me!’” 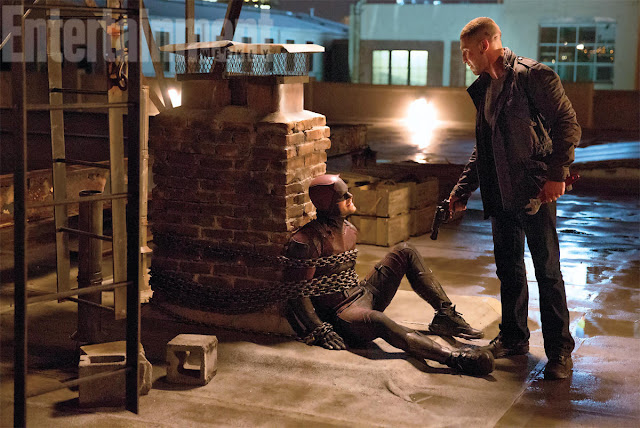 Speaking of The Punisher, his introduction into the MCU via Daredevil’s second season has gotten Marvel fans all giddy. The character serves as a foil for Daredevil, who does not endorse Punisher’s brutal, merciless brand of vigilante justice. Over the course of the season, Murdock comes to understand Castle and his tragic motives, but Punisher’s entry onto the scene is a wake-up call of sorts. Murdock comes to realise that he is “is responsible for people like Frank Castle showing up in Hell’s Kitchen and the carnage that they bring,” Cox pointed out. “Potentially more frightening is that if he is responsible, then he has to stop being Daredevil. And that is something I don’t think he’s able to do. I think at this point he’s heavily addicted to it and he will do everything in his power to protect his right to be Daredevil.”

Murdock’s romantic relationships have always been complicated. Season 1 sees him dating nurse Claire Temple (Rosario Dawson) and in Season 2, he falls in love with Karen Page (Deborah Ann Woll), the associate at the Nelson and Murdock law firm. A spanner in the works manifests itself in the form of Elektra Natchios (Elodie Yung), a debutante/assassin with whom Murdock was involved in college. 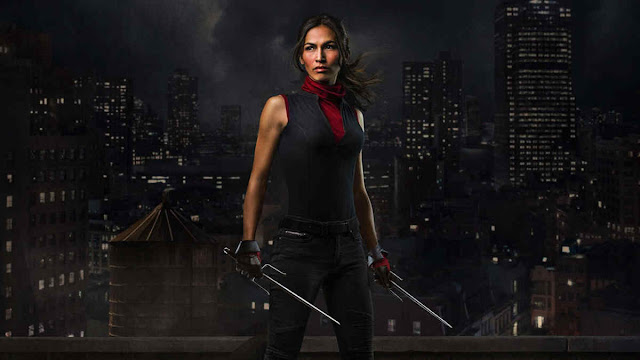 “Matt is completely himself with both of those women,” Cox said of Karen and Elektra, shedding light on the paradox of how they reinforce different aspects of Murdock’s personality but he cannot wholly be himself with either. “With Karen, he’s able to be the man he’s dreamed of being, the man his father wanted him to be. Someone who majors in kindness and generosity and authenticity and who fights for law and order and goodness,” Cox reasoned. “That’s who he is, that’s who he wants to be. But she doesn’t know about this other aspect of his life, which is a huge part of it, which is Daredevil.” 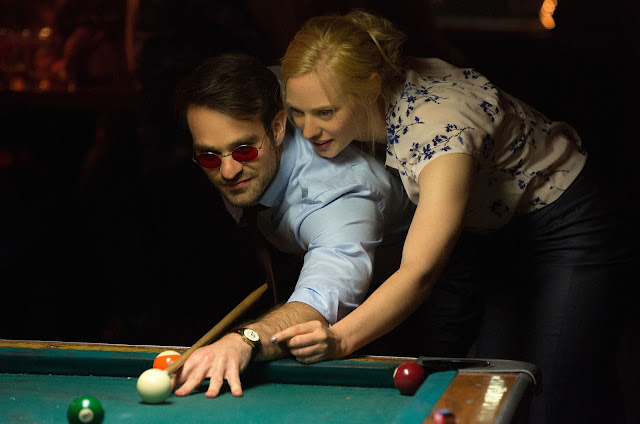 “With Elektra, the opposite is true,” Cox said of the femme fatale. “He’s able to be Daredevil. He’s unashamed of himself as Daredevil with her, she encourages him. But she also sees a darkness in him and she encourages him to have a disrespect for property and law and all those things, which isn’t truly him. He’s torn. Like a lot of people, men, women, across all generations, they often feel torn.”
Cox got into some of the technicalities of portraying a sight-impaired person. He trained with consultant Joe Strechay, who is blind, and also incorporated some mannerisms from a blind dog he once had. You could hear the hearts in the room being warmed when Cox talked about his pet. “If you grow up with your sight, you use your eyes for so much stuff that you don’t even realise,” Cox shared. “Especially when you act, but even in real life, I can say one thing, but my eyes can tell you that I mean something very different.” Acting without the use of one’s eyes is a challenge, since “emotion comes from the eyes.” Cox noticed Strechay would look towards someone’s mouth when they were talking, because that’s where the sound comes from, and incorporated that into his portrayal of Murdock.

Cox was honoured by the American Foundation for the Blind with the Hellen Keller Achievement Award, and the actor feels privileged to be able to represent the sight-impaired community and collaborate closely with them. He admitted to feeling a little embarrassed at the award, saying “I’m just an actor who got a great opportunity to do a job and I took my job seriously. It’s lovely to be recognised.” Cox has been involved in outreach programs organised by the Foundation and recently spoke to the students of the Overbrook School for the Blind in Philadelphia. 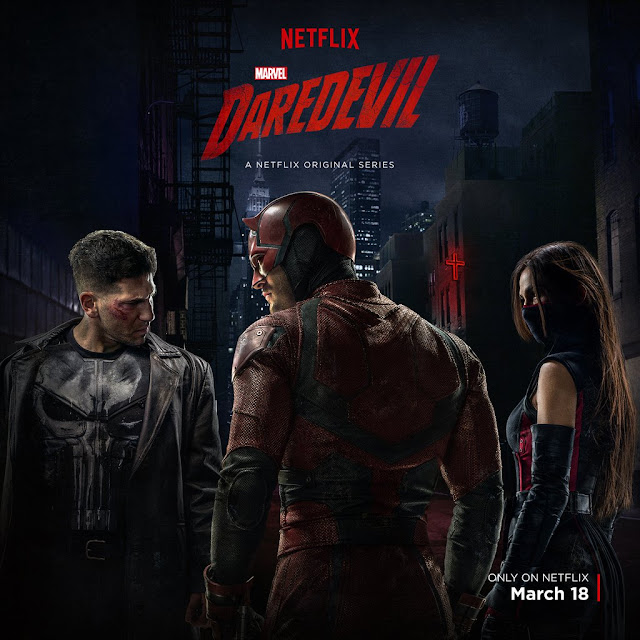 Cox recounted how his mother often gets him to talk to her friend’s children when they ask for advice about being an actor, in order to dissuade them. “The thing that I say to them, which isn’t really advice, which probably isn’t fun to hear, but is the truth I think, is ‘get lucky. Get really lucky’,” Cox said. He elaborated that he knows a “huge amount of very talented actors” who have missed out on many opportunities. “Don’t get me wrong, I work very hard, but somehow, some way, I’ve been at the right place at the right time on a number of occasions.” Cox said he once heard Anthony Hopkins saying that he reads each script 200 times, and Cox endeavours to read the script more times than one would think is necessary, to absorb the character “by osmosis.” In addition to Hopkins, Cox listed Marlon Brando and Gene Hackman as actors he looks up to.

Funnily enough, out of everyone in the room that day, Cox was probably the only one without a social media presence. “It’s not really who I am,” he shrugged. Perhaps this adds to the appeal of Cox as a “serious actor” unoccupied with the frivolities of Twitter and Instagram.

He recounted the story of how an (unnamed) good friend of his, a “very well-known actor”, had been reading the Internet Movie Database (IMDb) message boards and found a thread calling him the “worst actor on earth”. “So I said to him “buddy, don’t read that! That’s stupid, why would you pay any attention to it?” However, Cox’s curiosity was piqued, and he was unable to resist the temptation to look up his own message boards on IMDb. “I started to scroll down, and the next part of my life happened in slow motion. As the message boards came up, the first title was a picture of me and it said ‘She-man?’ and there was a picture of me with really long hair when I was younger and big lips, I don’t know? My mum finds that hilarious. Whether that’s constructive criticism or not, I don’t know.”

The actor’s career has gone unaffected by such trifles and with more seasons of Daredevil in the works, plus a Defenders team-up show on Netflix and possible appearances in the movies themselves, Cox is ploughing ahead without fear.