Solace in a Time of Tragedy: movie theater mass shooting in Aurora, Colorado

Solace In A Time Of Tragedy: The mass shooting at a movie screening in Aurora, Colorado

As all of you probably know by now, there was a tragic shooting at a midnight screening of The Dark Knight Rises in Aurora, Colorado. All of us here at F*** want to offer our condolences to the families of those who lost their lives in the shooting, and this writer would like to say a few words about this.


As a fan of movies and someone who visits the cinema often, this senseless, infuriating and saddening act of violence hit home for this writer. This was truly such an awful thing to happen, especially since it brings to mind another horrible shooting that took place in Colorado. The victims of this Aurora theatre shooting were people who just went to catch a movie and enjoy themselves, nobody should ever have to die this way. What makes this even worse is that it seemed like it was part of the show initially and that many were attending in costume, as fans often do for midnight showings of huge films, so the killer - dressed in a riot helmet and a bulletproof vest - appeared to be part of that crowd. The killer began his attack, which started with deploying a gas canister with the use of a dispersal device, during a scene in the film with shooting and explosions - it is speculated that the shooting was planned to coincide with this scene to take advantage of and disorient the movie audience.

In the wake of this tragedy, something that is inevitable will be the blaming of the film franchise for these atrocities, that this tragedy will become a soapbox for one or more views. This is not a new thing. Oliver Stone's controversial film Natural Born Killers has allegedly inspired more than a few copycat killings, and The Deer Hunter incited some to commit suicide via Russian roulette. In the wake of the Columbine shootings, films such as The Matrix and The Basketball Diaries, that featured gunmen clad in leather coats and wearing sunglasses, were brought up as possible inspirations for the killings. I am in no place to wholly dismiss any of these claims, but this writer feels that such claims are ultimately somewhat futile attempts at rationalizing essentially senseless, devastating acts of violence.

It’s never so simple as one or more pieces of media making a reasonable person of sound mind snap and go completely over the edge. Films, music, books, video games and other forms of media can certainly influence the thinking and attitudes of those who access them, but it would be hasty and irresponsible to jump to such conclusions. James E. Holmes, the killer in this instance and currently in police custody, is believed to have acted independently, the latest in a line of "lone wolf" gunmen and terrorists who have wreaked havoc domestically. At this point, not very much is known about this person, yet it would be easy to say "watching Batman movies made him do it". Perhaps this form of rationalization, this basic and tenuous cause-and-effect reasoning seems satisfying and helps to make sense of it all - but in the long run, it's not going to help anyone by demonising any one movie or video game based on isolated incidents.

Then of course there's the whole can of worms about gun control. Now, this writer often whines about living here in Singapore, where of course it can sometimes be stifling and where rote learning and following the rules to the letter are often rewarded over creativity and going off the beaten track. However, we probably all are grateful for the degree of safety we are afforded here. Yes, one could say "guns don't kill people, people kill people", but having access to firearms certainly makes it much easier to carry out such brutal attacks. The documentary film Bowling for Columbine presents statistics that show that the rate of gun-related crimes in Canada is much lower than in the United States, despite the widespread availability of guns in Canada. Filmmaker Michael Moore postulates that it is the climate of fear in the US created by mainstream news media and the reinforcement of paranoia-fuelled stereotyping that is a contributing factor to the high number of shootings there. This writer has neither the knowledge nor the expertise to comment properly on this issue and most things Moore presents need to be taken with a large pinch of salt, but it sounds like a fairly substantiated claim. Fear is a powerful motivator and can drive people to take extreme measures.

And it most likely could just be that this was a deeply troubled and unstable individual. A person who needs help but was either not recognised as such or unable to access such help. In a newscast on this story, ABC News Senior Justice Correspondent Pierre Thomas is asked by the news anchors about the possible reasons as to why a person may commit such an act. "These things happen on a regular basis in the United States, multiple shootings like this. Unfortunately, it is individuals who are sometimes unstable, sometimes they have political motivations, but often, as we saw in the Tucson shooting, it's deranged individuals with no clear sane reasons for the activity." When asked about the gun laws in Colorado, Thomas says he is unsure of the specificities, but states that the last time he checked with Federal law enforcements authorities, there were over 200 million guns in circulation in the United States – that number is actually slightly closer to 300 million. "We buy guns in this country, just like we buy other products, and that's just a fact of American life."

In the end, this writer wants to say that he left the Singapore premiere screening of The Dark Knight Rises with a sense of hope, that despite the violence and oppression depicted, individuals with courage, strength and iron resolve rose up in the face of those odds. The film made it a point to show that idealism, optimism and pure intentions do not always go unrewarded, even under the bleakest of circumstances. This writer does not think this was a film made with the intent to incite uprisings and to glamourise dangerous dissidents. I guess we can all agree on this: targeting a movie premiere attended by large masses of regular people was an act of evil, and the way in which the killer is described to carry out the attacks implies that this was not a last-minute idea and that he had tactically planned to perform this shooting in advance. 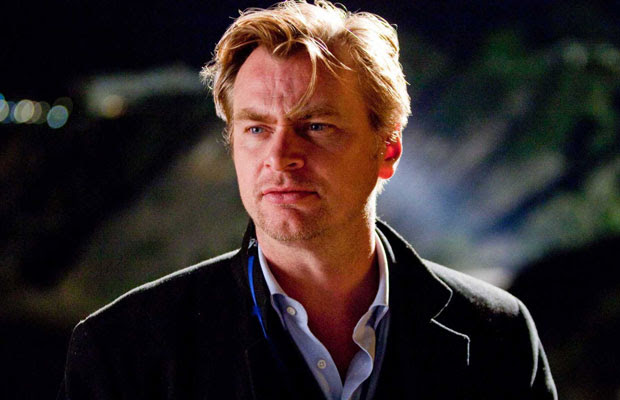 The director and stars of The Dark Knight Rises have come out to show their empathy and solidarity. Christopher Nolan released a statement, saying “I would not presume to know anything about the victims of the shooting but that they were there last night to watch a movie. I believe movies are one of the great American art forms and the shared experience of watching a story unfold on screen is an important and joyful pastime.
The movie theatre is my home, and the idea that someone would violate that innocent and hopeful place in such an unbearably savage way is devastating to me.
Nothing any of us can say could ever adequately express our feelings for the innocent victims of this appalling crime, but our thoughts are with them and their families.” Anne Hathaway, who plays Selina Kyle in the film, said "My heart aches and breaks for the lives taken and altered by this unfathomably senseless act. I am at a loss for words how to express my sorrow. My thoughts and prayers are with the victims and their families," and on Twitter, Joseph Gordon-Levitt (John Blake) said "My most sincere sympathies go out to the families of the victims in Aurora.”

Actor Christian Bale also visited the surviving victims of the tragedy in hospital in Aurora. He did this on his own accord, not under instructions from the studio or anyone else. The actor was certainly not obligated to do this, but this was a genuine act of charity that definitely brought cheer to those recovering from the physical and mental trauma wrought by the mass shooting. This was most definitely not a publicity stunt: Bale is not one of those actors who craves the limelight; he is often awkward and uncomfortable in interviews even when the topic of discussion is his films, let alone his personal life. The media sometimes portrays Bale as a tortured and volatile artist, but this show of solidarity certainly shows that the man has class and heart to spare.
The reason why this hit so close for many of us, even on the opposite side of the world, is the ubiquity of going to the movies. A night or afternoon out at the movie theatre with friends or loved ones is an almost universal form of relaxation, entertainment and escape, and has been for a very long time. We surrender ourselves to the screen as we sit in darkness in thrall of projected images. We feel safe, but we are vulnerable – just as Nolan pointed out in his statement. However, never let this incident frighten you from going to the movies. Michael Agrusso (ItsJustSomeRandomGuy), an internet personality best known for his comedic parody videos made with action figures, said it best in a sombre and heartfelt tribute video:
“I still love movies, and comics, and superheroes. I look to them for escape, for hope, and just because they’re so much dang fun. So all I’ll say is this: this weekend, please. Enjoy a movie, or a comic book, or a comic book movie. And it’s not about how otherwise they win or anything, just do it because you enjoy it. Better yet, enjoy it with friends or loved ones, not to forget about the tragedy but to appreciate the things and people we love in life. Movies and comics offer so much by way of opening us up to worlds of imagination we never knew existed, and superheroes offer us lessons in morality, they give us hope for ourselves and all of humanity, as well as hope that we can be the heroes of our own stories, should such the occasion arise. And they empower us with the belief that each of us can make a difference. I’d like to think that these are things we all could use right about now. I don’t know how to make sense of a senseless tragedy like this, but I know how I’m going to cope with it: I’m going to the movies. Take care.”
And we at F*** Magazine hope that all of you reading this will do the same.