RTL CBS Entertainment Channel held a press screening of the Intelligence pilot episode earlier tonight, and I was able to attend. The CBS television show's first episode was watched by 16.49 million viewers on its first airing in the U.S. and is the highest-rated debut of the 2013-2014 television season. Here's a quick, informal review of the pilot. Scruffy heartthrob Josh Holloway, best known as Sawyer from Lost, stars as Agent Gabriel Vaughn, an operative of Cyber Command. He has been implanted with a supercomputer and is able to draw on satellites, the internet, security cameras and recording devices, making a wealth of knowledge instantly accessible. His boss, Cyber Command director Lillian Strand (Marg Helgenberger) hires ex-Secret Service agent Riley Neal (Meghan Ory) to protect Vaughn, something neither are initially keen on. Rogue Chinese agents, led by Jin Cong (Will Yun Lee) plan to implant a similar chip into an operative of their own, kidnapping scientist  Shenendoah Cassidy (John Billingsley) and forcing him to do their bidding. Meanwhile, Vaughn is intent on getting to the bottom of the mysterious disappearance of his wife Amelia (Zuleikha Robinson), a CIA agent who was apparently turned and was complicit in the Mumbai bombings. 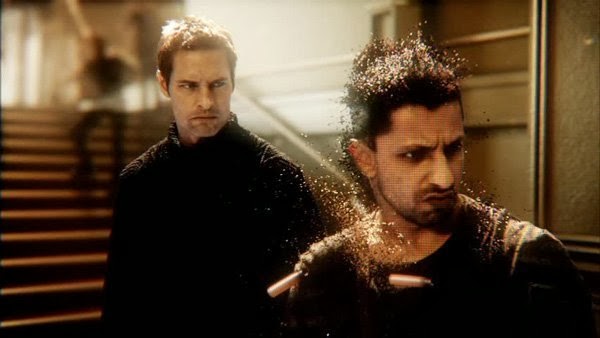 Creator Michael Seitzman's intention was to build a TV show around a "modern Six-Million-Dollar Man", and the premise is reminiscent of the action-comedy series Chuck (sans laughs) and even more than that, Jake 2.0. The show has something of a 90s techno-thriller vibe, marrying a pared down cyberpunk sensibility with post-Bourne espionage thrills. It's relatively solid but it really isn't nothing we haven't seen before. The characters are very much stock archetypes, the protagonist being a highly decorated patriot who's skilled, sexy and reckless. He has a dark and troubled past (TM), seeking to unravel a personal mystery. He's paired with the beautiful newcomer who wants nothing to do with him - we're told that she single-handedly fought off four assailants while on the protective detail of Sasha and Malia Obama. And of course there's the no-nonsense boss lady running the show. It is pretty rote. 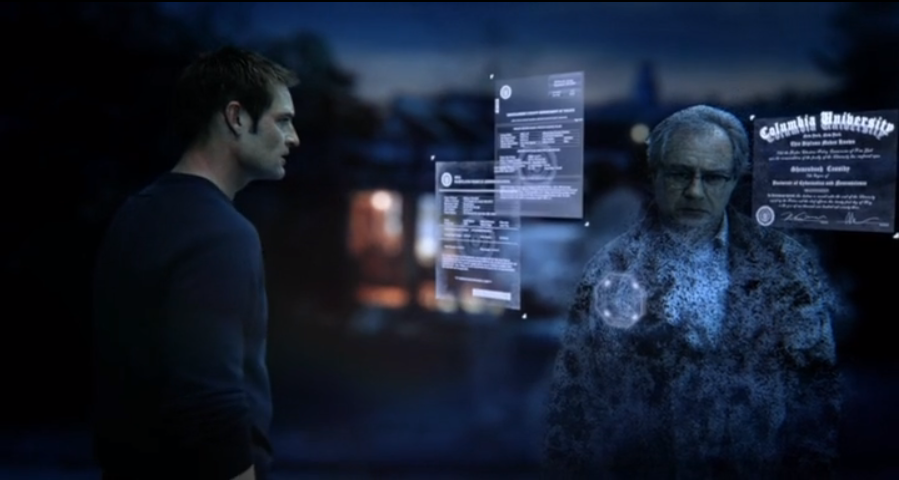 Vaughn's ace up his sleeve is an ability called "rendering", a process which pulls data from every available source and allows Vaughn to reconstruct a virtual crime scene, frozen in time and fully annotated, in his mind, his own imagination filling in some of the blanks. It is presented slickly and is sufficiently futuristic. We are also shown that this technology has its limits, keeping Vaughn from turning into a hyper-connected superhero. In addition to that, we have the expected fisticuffs and gunplay and some of the fights are decently choreographed. 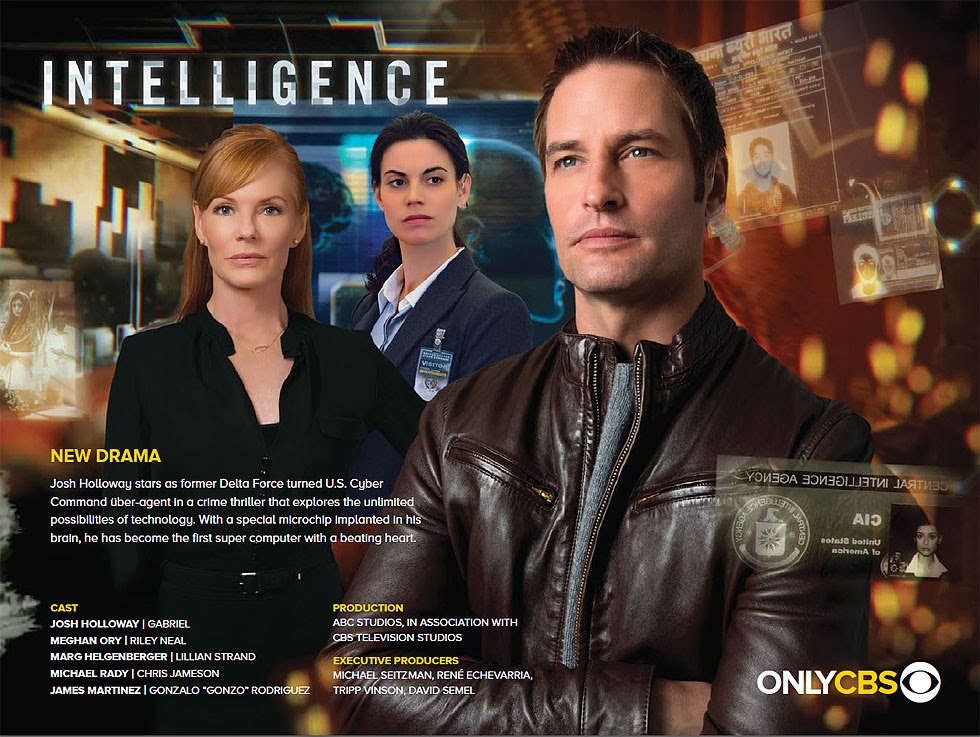 Holloway is handsome and charming, by no means a great actor but a dependable choice to carry an action-oriented television series. A good deal of the dialogue is quite cliché: for example, upon meeting Riley Neal, Director Strand tells her to "take a walk with me" as they stroll through Cyber Command headquarters, allowing Strand to deliver some exposition. Vaughn and Neal bicker and will supposedly warm up to each other over the course of the show. He's still pretty attached to his presumed-dead wife, but you can bet there'll be a "will they or won't they" possible romance between Vaughn and Neal. It's also pretty hard to take an agency named "Cyber Command" very seriously. Points for an unexpected and plausible reveal midway through the episode, though. 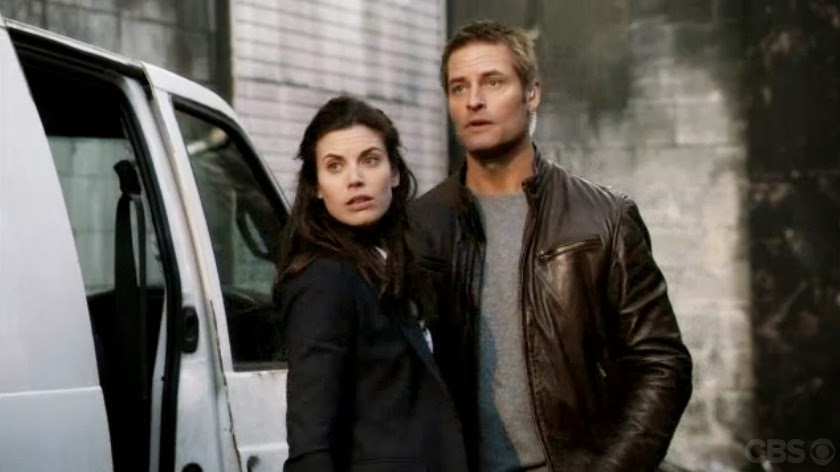 Overall, it's high-tech and fairly entertaining, but nothing cutting edge. There is every chance that it could eventually develop a rich mythology and use its premise in creative ways, but honestly, it's pretty unlikely as what I've seen so far is kinda run of the mill.