We’ve all heard the adage “actions speak louder than words” and fisticuffs and shootouts are indeed a universal language among film-goers. Ong Bak and Tom Yum Goong did a good deal for the visibility of Thai films around the world, as did The Raid: Redemption for Indonesian cinema, not to mention the scores of Hong Kong martial arts movies over the decades. Touted as “Singapore’s first action crime thriller”, director Randy Ang’s Re:solve hopes to pave the way for made-in-Singapore action movies to become a thing. These are baby steps though, and it shows.

Special Tactics Unit member Cheng Shaoqiang (Lee) is part of a raid that goes awry, resulting in the death of team leader Wu Tianle (Pang) and the dissolution of the unit. Shaoqiang’s girlfriend Wu Qizhen (Chang), who’s also Tianle’s sister, is understandably upset and the relationship falls apart. Seven years later, Shaoqiang, now an inspector with the Serious Crimes Unit, finds his past coming back to haunt him, as he investigates a series of attacks on financial firm BWB Capital. Qizhen and Wang Zheng-ming (Wong), Shaoqiang’s former teammate, now work at BWB Capital and the three reunite under less-than-ideal circumstances. As Shaoqiang and his new partner Yan Yongchen (Yuan) work to crack the case, all signs point to Tianle – the mentor and comrade who seemingly died in the line of duty – being the mastermind. 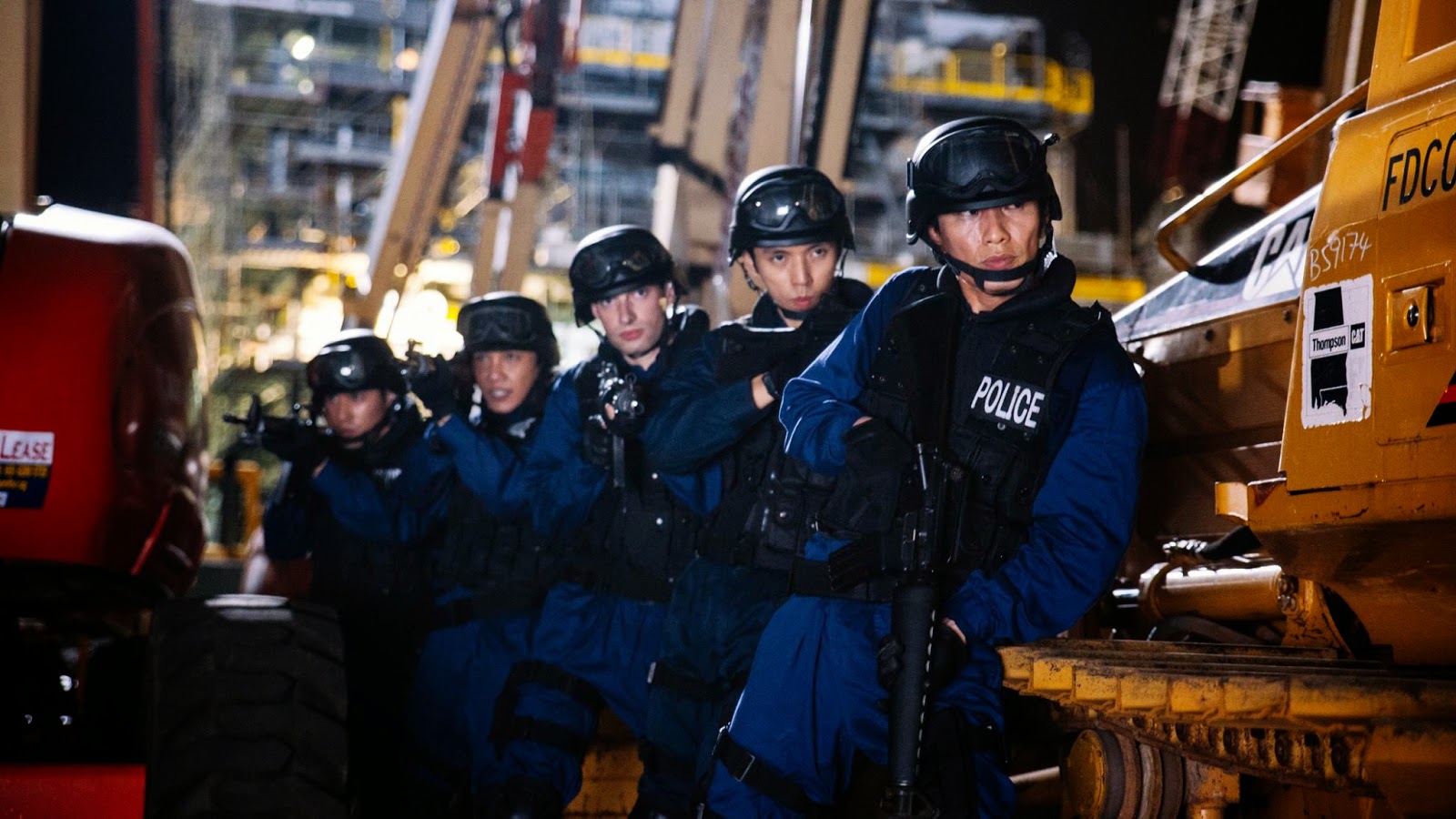 It is about time a made-in-Singapore crime thriller feature film saw the light of day, so the mere existence of Re:solve should be encouraging, but it also demonstrates how far the local movie industry has to go. It’s worth noting that the production values are solid and the look and feel of the picture is a marked improvement on that of amateurish home-grown TV “action dramas”. The action sequences here are decently choreographed, though they are few and far between.

But the film’s tone is constantly overwrought and melodramatic, emphasised by a maudlin score filled with swelling strings and lilting piano melodies. The film slips into unintentionally funny territory on a number of occasions, falling back on trite plot devices like Mission: Impossible-style “latex perfection” mask disguises. It’s also a pretty dull affair, sagging in the middle when it enters paint-by-numbers procedural mode.

The acting is just passable, Taiwanese actor Lee making for a handsome but bland lead. Chang is very much the same; at least her part is a little more than a bog-standard “girlfriend”. Zhu Houren hams it up, gesticulating wildly and wringing his hands in all of his scenes. Yuan Shuai’s turn as the sidekick borders on being whiny. Pamelyn Chee has poise to spare as the businesswoman who might know more than she’s letting on. Wong is pretty stiff and it turns out that he isn’t a professional actor and is in fact a Forex trader who executive-produced the film, so the fact that he plays an important secondary character does carry a slight “vanity project” aftertaste. TV veterans Richard Low and Xiang Yun show up and there’s also a cameo from Roger Koh, owner/CEO of the fried rice restaurant Chen Fu Ji and one of the movie’s financiers. Thankfully, the name-dropping of his restaurant, while silly, stops short of the cringe-worthy product placement that infests so many Singaporean films.

In the context of Singapore’s film landscape, Re:solve might seem like something of an achievement. Unfortunately, the reality is that this also-rans crime flick can barely compete with any of the dime-a-dozen cop movies that come out of Hong Kong. It’s a “points for effort” situation in that it’s clear what Ang was striving for, and the film does possess a degree of polish, the climactic infiltration of a hijacked cruise liner making for a decent denouement. Following that, however, the film ends with a “sothisiswhatreallyhappened” reveal, the logic-straining twist ending coming off as not quite preposterous but still really rushed, especially given Re:solve’s flabby midsection – not an ideal resolution.

Summary: Less of a milestone and more of a stepping stone, those hoping for a decent Singaporean action thriller will be at least a little disappointed by the frustratingly mediocre Re:solve.