At the 71st Golden Globe Awards, in the midst of the expected movie stars, Hollywood big-wigs, filmmakers and entertainers was an 80-year-old Irish woman completely foreign to the world of the Tinseltown glitterati. Philomena Lee was brought on stage by star/co-writer Steve Coogan as Coogan introduced the film that tells her remarkable story, based on Martin Sixsmith’s book The Lost Child of Philomena Lee.

Coogan plays Sixsmith, a journalist who’s been fired from his government communications job and is contemplating the none-too-exciting prospects ahead of him: writing a book on Russian history. At a party, he meets Jane (Martin) who tells him about a secret her mother Philomena (Dench) has been harbouring for 50 years. As a teenager, an unmarried Philomena became pregnant and was forced by the Magdelene Sisters to relinquish parental rights to her son Anthony, who was put up for adoption and taken from her. Martin is initially dismissive of this “human interest story”, but as he gets to know Philomena and agrees to seek out Anthony’s whereabouts, he gets increasingly invested in her plight. Using his contacts as a journalist, Martin traces Anthony to the States; he and Philomena embarking on a quest in search of her lost child. 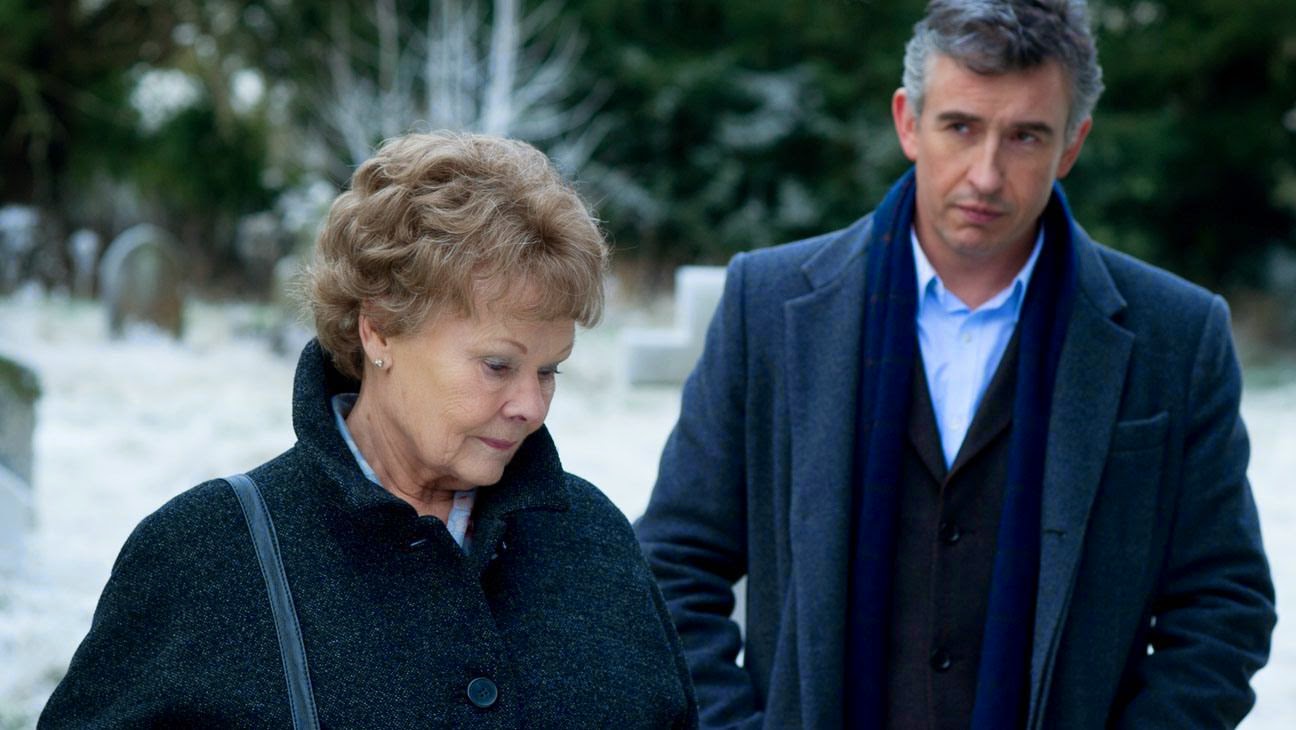 The Daily Mail has called Philomena “a film that’s left grown men sobbing” and this reviewer can attest to that. The film has attracted a degree of controversy for its depiction of the Roman Catholic Church’s practise of forced adoptions at the time but at its core, it is a heart-rending, sincere portrayal of a mother’s love and of the unbearable anguish any mother would feel from being separated from her child. The more jaded might worry that this would result in the film turning into a schmaltzy gloop, but the superbly-written Oscar-nominated screenplay by Jeff Pope and Coogan tempers this with a judicious sprinkling of sardonic wit, keeping the film’s tone consistent throughout.

There certainly are embellishments and some artistic license is taken with the material – for example, Martin confronts a nun who, in real life, died long before Martin knew about Philomena. However, director Stephen Frears (of The Queen fame) ensures the film stops a safe distance of being emotionally manipulative, allowing the drama of any given moment to flow naturally. Flashbacks are given appropriate period detail, a good portion of the film is set in Washington, D.C. and all of it is gorgeously lensed by cinematographer Robbie Ryan, lending geographical and historical scope to Philomena and Martin’s mission. Alexandre Desplat’s soundtrack, playful at times and weighty at others, is excellent even if the main theme bears more than a few similarities to Desplat’s work on Extremely Loud and Incredibly Close. 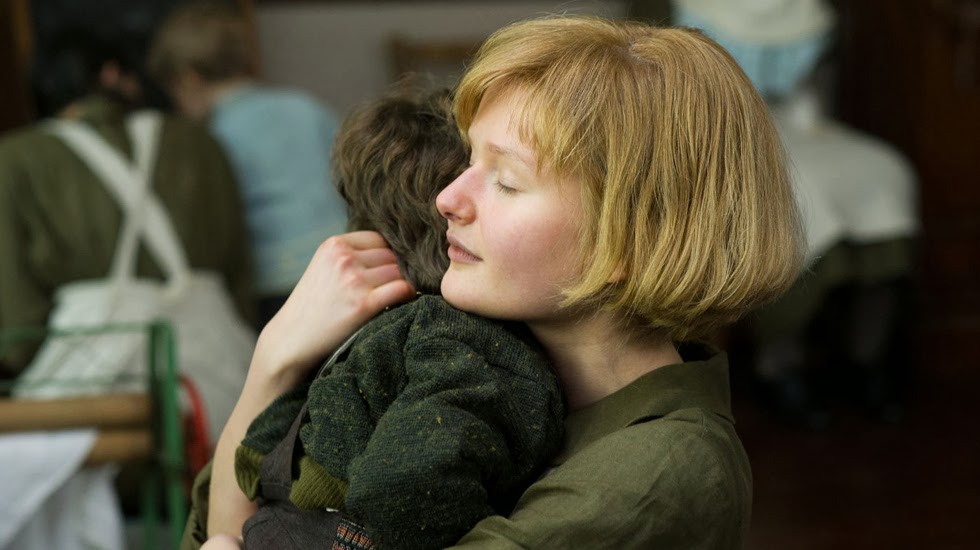 Dame Judi Dench more than earns her seventh Oscar nomination, playing the title character as endearingly gauche but also expertly conveying the deep yearning for a reunion with her long-lost son. She also admirably battled deteriorating eyesight and memory while working on the film. Today, Dench may be best-known as James Bond’s no-nonsense boss M, but in Philomena she exudes warmth and geniality, sometimes naïve but always well-meaning. Much of both the humour and drama in the film is derived from the collision (it’s more of a bump, really) of the forgiving, pious Philomena and the world-weary Martin who has long since forsaken his Catholic faith. There is an “aw shucks” quality to seeing how delighted Philomena is at the hotel breakfast buffet or the enthusiasm with which she regards a silly comedy flick available as an in-room movie. But Dench, skilled performer that she is, ensures the audience never forgets the pain that Philomena was so cruelly subjected to in her youth, and Sophie Kennedy Clark’s portrayal of the young Philomena in the flashbacks is also commendable. 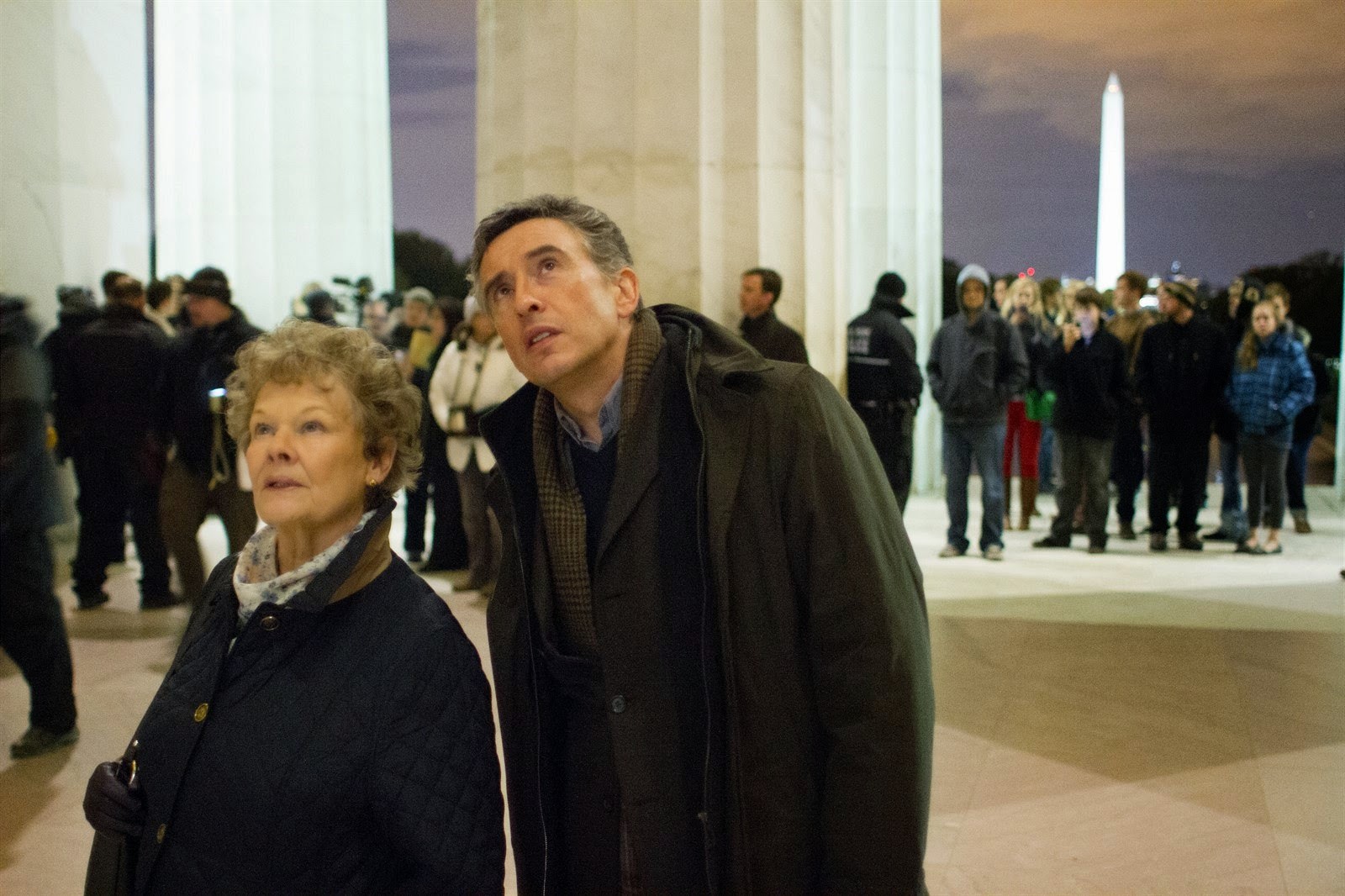 Steve Coogan, well-known in the U.K. for his character Alan Partridge and for the celebrity impressions in his stand-up comedy routines, is the co-writer, co-star and co-producer on Philomena – with many other actors, this could easily become a blatant vanity project, but it’s definitely not the case here. The deadpan cynicism that Coogan provides as Martin Sixsmith serves as an effective counterpoint to Philomena’s sweet, idealistic worldview and given how much Philomena had to endure, she has the right to be mad at the world more than Martin does. The relationship between Philomena and Martin unfolds believably, starting out as very much a journalist-subject deal but developing to the point where Martin’s righteous indignation at the situation eventually outstrips Philomena’s, who was never really angry to begin with. 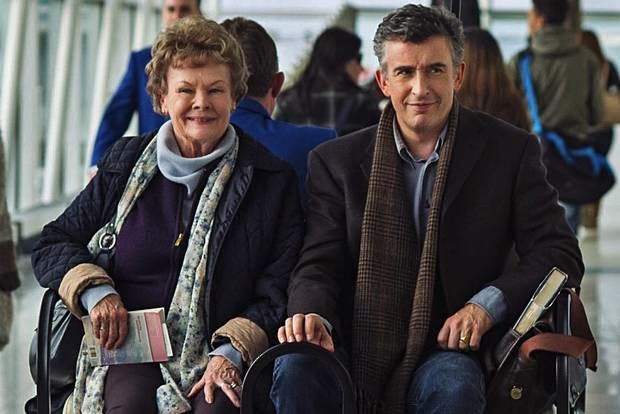 Through the point of view of a likeable protagonist, Philomena looks at the injustice of the Magdelene asylums and the lingering, painful impact it has had on the “fallen women” whose children were sold to the highest bidder; its comments on faith and prejudice well thought-out, the film never coming across as hateful, hysterical, angry or vitriolic. It also touches on themes of belonging and identity – there’s a clever scene built around the motif of a Celtic harp. Philomena is moving, entertaining, thought-provoking and funny in equal measures. We’re sure that Philomena Lee is honoured to see her story given such sublime treatment.

Summary: Boasting wonderful lead performances and a screenplay which expertly handles a moving true story, the search for the lost child of Philomena is a quest everyone should embark on.

Jedd Jong
Posted by Jedd the Jedi at 4:30 AM