It’s the Year of the Horse, but Sun Wukong will have none of it, barging into theatres two years before the Year of the Monkey. The classical 16th Century novel Journey to the West by Wu Cheng’en has inspired countless works across various forms of media, its opening chapters forming the basis for this origin story film. Starring Donnie Yen in the title role, this take on The Monkey King has been in the works for four years, with its release date postponed several times. Perhaps it should have never been released.


A catastrophic battle in the heavens is waged between the forces of the Bull Demon King (Kwok) and the Jade Emperor (Chow). In the aftermath of the fighting, the goddess Nüwa patches up the swathes of the sky that have been torn apart, resulting in the formation of a crystal egg on Flower Fruit Mountain. A magical monkey (Yen) hatches from the egg, more inquisitive, bolder and mischievous than his fellow monkeys who call the Mountain home. He forms a friendship/kinda-romance with a fox vixen (Xia) and trains under Master Puti (Hai Yitian), who christens the monkey “Sun Wukong”. The Bull Demon King has his sights set on Wukong as the key to taking over the Jade Emperor’s realm; Wukong going about wreaking havoc in the heavens.

There’s no questioning the cultural and historical importance of Journey to the West, a novel that definitely deserves as epic a cinematic treatment as can be given. The only thing “epic” about The Monkey King is the sheer levels of fail. Trying to take in the mind-boggling mess that is this film, one can only imagine the chaos that must have gone on behind the scenes, that in the span of four years, this sorry slop is the best director Cheang Pou-soi and his crew could come up with. The cluttered screenplay by Szeto Kam Yuen and Edmond Wong heaves with exposition and pointless dialogue, robbing the film of the spirit of grand adventure that is a signature element of Journey to the West.

Chief of the cinematic crimes committed by The Monkey King is just how ghastly it all looks. One of the most important tasks every fantasy film has to accomplish is that of inviting its audience to partake in its world; to woo the viewer with breath-taking scenery and convince them of the reality of a fabricated, cinematic world. The Monkey King does none of this, looking staggeringly, ridiculously phony at every turn. Given the many mythical creatures in the story and its settings of heaven, hell, the paradise of Flower Fruit Mountain and the undersea domain of the Dragon King of the East Sea, The Monkey King is heavily reliant on green screen work. This reviewer didn’t buy the digitally-created backgrounds for a half second.


Veteran Hollywood visual effects supervisors Kevin Rafferty and David Ebner were in charge of the CGI work on this film, Rafferty’s credits including The Lost World: Jurassic Park, Casper, Deep Impact and The Perfect Storm and Ebner’s including Spider-Man 3, Underworld: Evolution and Sin City. What exactly happened here?! Most of the effects work looks jarringly half-rendered, textureless and incomplete and the creature designs, looking like they belong at a school play instead of a major motion picture, are laughable. The 3D effects are noticeable – by that, we mean they are constantly hammered into your eyes. The intention is for this…thing to be presented in IMAX 3D, a format which would surely make the myriad flaws in the execution of the film’s effects work all the more painfully obvious. 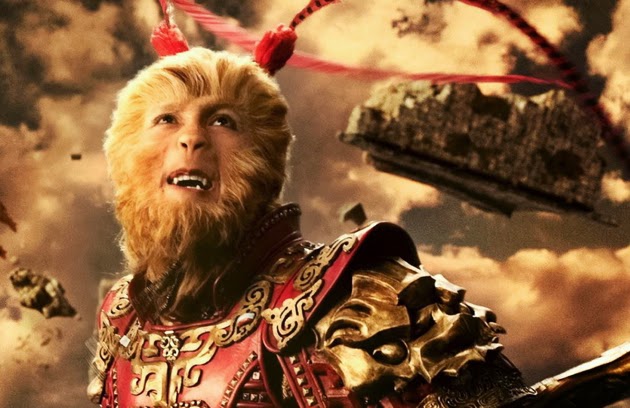 Caked in prosthetic makeup, zipped into an unintentionally hilarious orange fur suit and looking a whole lot like Jim Carrey’s Grinch, Donnie Yen takes on the legendary role of the simian troublemaker, in addition to choreographing the film’s action. Yen’s physicality is admirable, but it’s clearly hampered by the costume and the armour on top of that, and his impression of a monkey mostly involves blinking really fast. Yes, Sun Wukong is meant to be an unapologetic trickster who gets in everybody’s business, but boy, he certainly makes for a supremely annoying protagonist. It’s not impossible to make Wukong sympathetic, seeing as he’s the kind of character that earns a free pass from the audience by dint of his antics just being that entertaining, but Yen is unable to do so. Worst of all, Yen is given barely one scene to strut his martial arts prowess, and that’s the thing he’s the best at.

The rest of the supporting cast stands around a whole lot, with nothing required from Chow Yun Fat except looking royal and respectable, which he does well enough given that it’s impossible to take anyone seriously up against that terrible CGI backdrop. Aaron Kwok’s take on the Bull Demon King is less “monstrous” and more “sexy”, so this is achieved by gluing horns to his forehead. Joe Chen’s Princess Iron Fan is reduced to “constantly nagging wife”. Kelly Chen, Zhang Zilin and Gigi Leung’s roles as Nüwa, Chang’e and Guan Yin respectively are but cameos. There is a mildly amusing mid-air chase sequence involving Calvin Cheng’s Nezha. 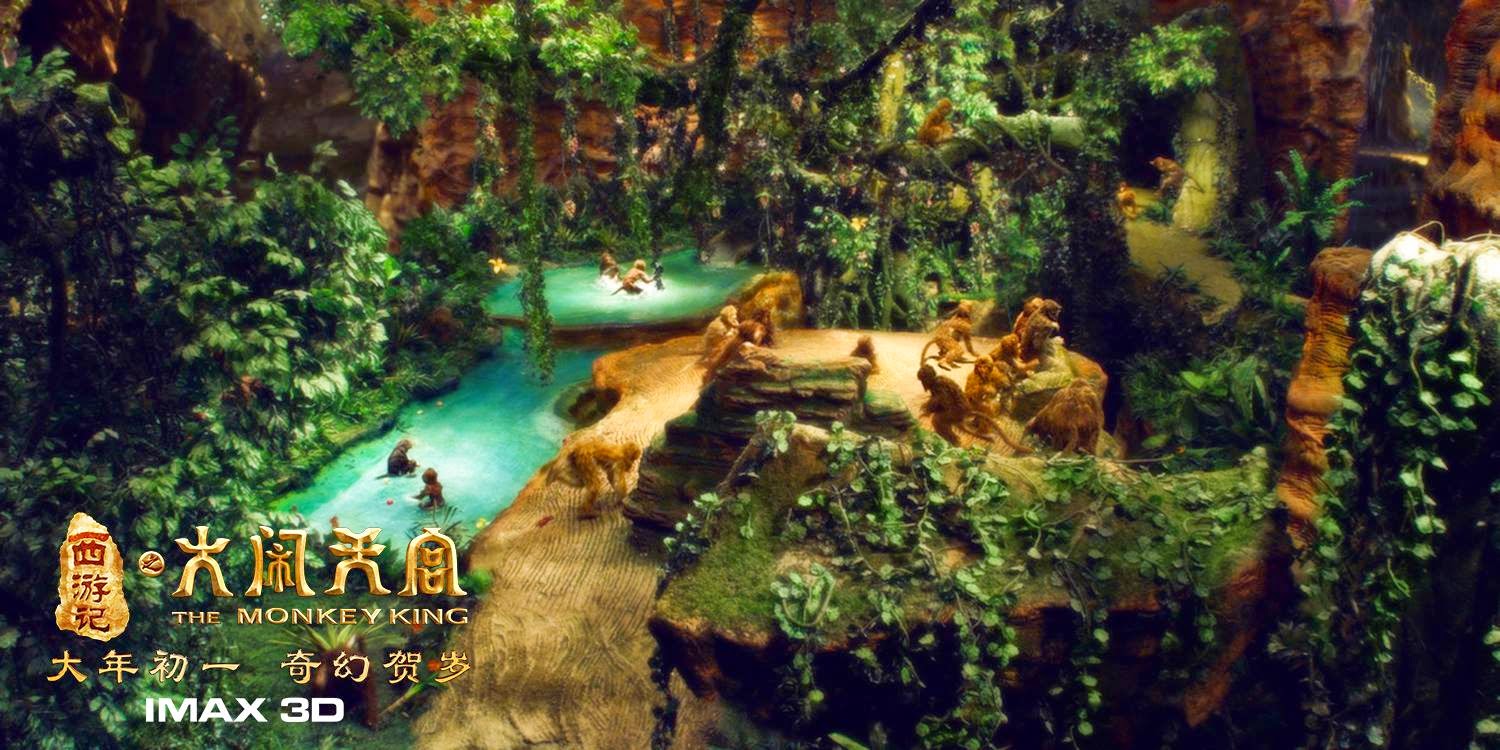 The name “Wukong” means “to be awakened to emptiness”. If only those responsible for The Monkey King had been awakened to the futility of this exercise. It’s inauspicious to break things during Chinese New Year. Well, this movie just broke Journey to the West.

Summary: Donnie Yen said of putting on the makeup and costume, "it's very painful." After sitting through this, we can totally relate.