Last Days in the Desert


LAST DAYS IN THE DESERT

There was a meme going around a while back, of a framed photograph atop an altar of Ewan McGregor as Obi-Wan Kenobi in Attack of the Clones, the idea being that some old lady thought it was a picture of Jesus Christ. Here, McGregor actually plays Jesus, referred to as “Yeshua”. This film imagines an incident during Jesus’ sojourn to the desert, during which He was tempted by the Devil (also McGregor). Jesus comes across a family living in the desert, comprising an unnamed Father (Hinds), a sickly Mother (Zurer) and their son (Sheridan). The Devil poses a challenge to Jesus, wagering that the Son of God will not be able to find a solution that will please each member of the family. Jesus stays as a guest of the family, helping them out with a construction project, while wrestling with the Devil, Father God seemingly millions of miles away. 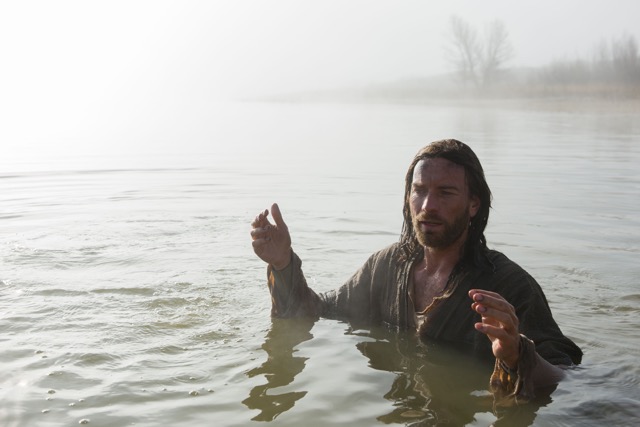 Writer-director Rodrigo García has repeatedly clarified that this not your run of the mill Biblical epic, and is instead an intimate drama and character study. The story of Jesus’ temptation in the desert is told in three of the four gospels, and Christians will be familiar with how Jesus refuted each of Satan’s challenges to Him by quoting from the scripture. This film departs from tradition, but also does not feel like it’s courting controversy for the, uh, hell of it. García explained his decision to refer to Jesus as “Yeshua”, which is the original pronunciation, in an interview with Christianity Today. “I wrote a few pages in which I called Him ‘Jesus’, but when you’re writing a screenplay and it says ‘Jesus walks, Jesus says,’ after a while, the weight of the name is paralyzing,” García said. 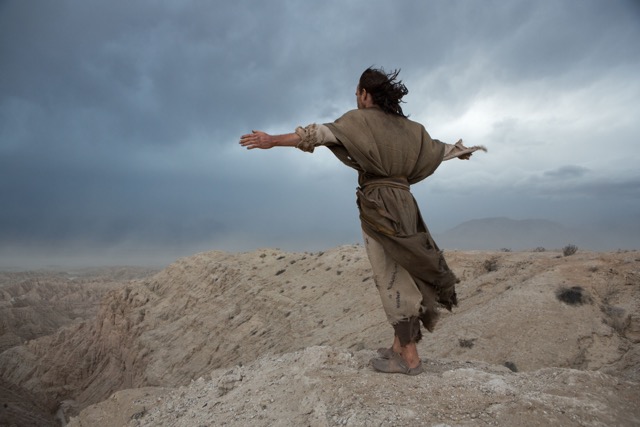 There are individual elements to García’s approach that are intriguing, but as a whole, the film often comes off as aimless and meandering. If it was his intention to make the audience feel like they’re spending 40 days and 40 nights in the wilderness alongside Jesus, then García has succeeded. All things considered, the 108-minute running time is not particularly long, but even then, this feels interminable at times. It seems like three or four good ideas are spaced out, with a vast void in between. The Oscar-winning Emmanuel “Chivo” Lubezki is the cinematographer here, but it is a dull movie to look at, the desolate surroundings about as dull as one imagines the average desert to look. The film was shot on location in the Anza-Borrego Desert State Park in the Colorado Desert of Southern California, and it might sound silly, but for this reviewer at least, the knowledge that this was filmed in the United States did rob the movie of some authenticity. 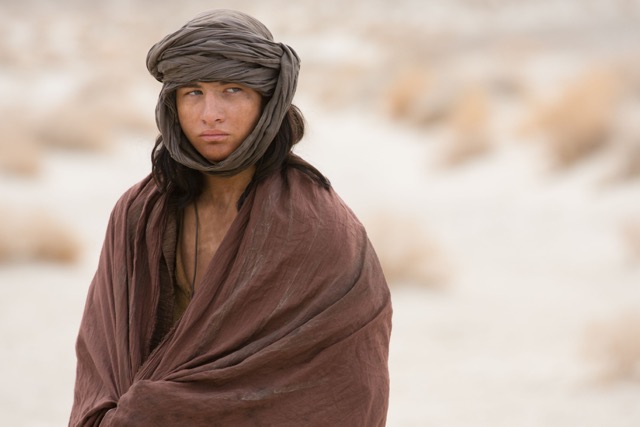 Speaking of authenticity, this is yet another Hollywood film in which a white man is cast as Jesus. We don’t want to harp about issues of race and sure, there’s always room for poetic license, but especially with an actor who feels as contemporary as Tye Sheridan running about, it’s very hard to take this very seriously as a film set in Ancient Israel. That said, McGregor does face the myriad challenges in portraying the iconic religious figure head-on. There’s enough of a humanity to Jesus and at one point, He even laughs at a fart joke, but McGregor’s portrayal does have an undercurrent of reverence to it.

One of the smartest ideas on display is that of having McGregor play the dual roles of Jesus and His tormentor Satan. A conversation they have about the nature of God is the closest the film gets to any real theological insight. For a movie that wants so much to depart from tradition though, it seems a cliché that Satan wears jewellery as a way to differentiate him from Jesus; that the bad guy has to be coded as flamboyant. The visual effects work in duplicating McGregor is seamless and one does forget that there aren’t two Ewan McGregors after a while. 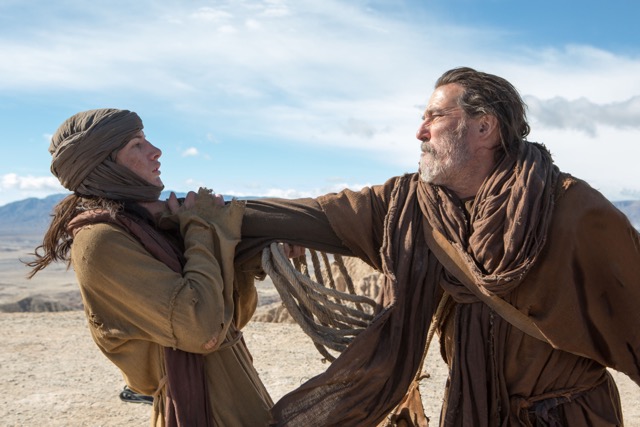 On one level, this is a family drama, with the parents and their child working out their issues while a house guest is present. Hinds’ Father is a realist, a practical man who has his doubts about issues of faith, but does not dismiss the holy man outright. The struggles of a father in understanding his son are very relatable. Sheridan shares some genuinely affecting moments in which the son bonds with Jesus, but as alluded to earlier, he’s ultimately too American to be believable in this setting. The mother is ill for most of the film, so Zurer has less to do compared to Hinds and Sheridan, but the character’s pain still resonates. 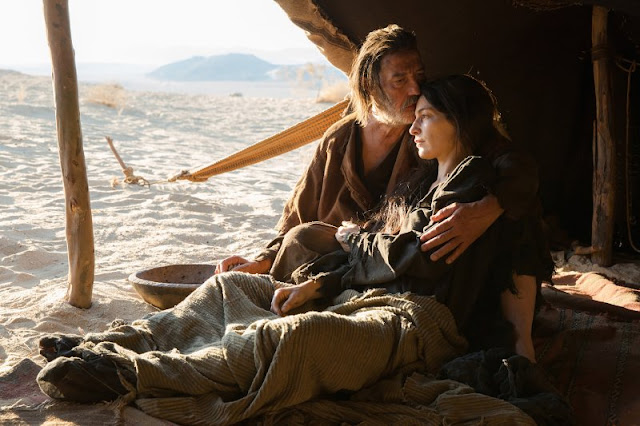 Last Days in the Desert feels more like a filmmaking experiment than a well-told story, but García is largely able to strike a balance between portraying Jesus’ humanity and deity without getting caught up in that, or blazing down a blasphemous path Last Temptation of the Christ-style. Alas, it is likely that this will induce thumb-twiddling rather than soul-searching. 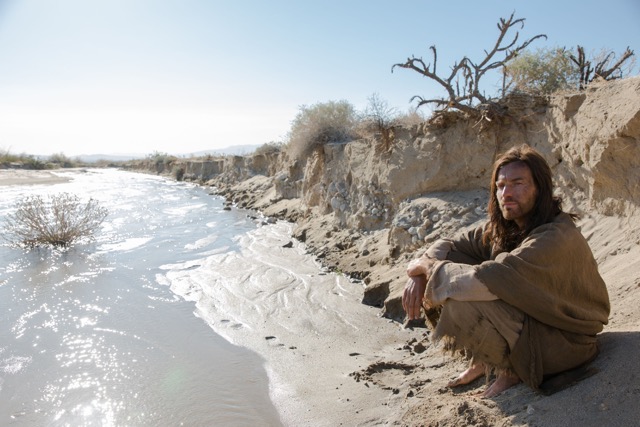 Summary: Ewan McGregor shines in his dual role, but Last Days in the Desert’s loose structure and lack of narrative drive keep its audience at a distance.