The Legend of Tarzan


THE LEGEND OF TARZAN

Superheroes may reign at the multiplex, but the Lord of the Apes is hoping to reclaim the crown. We find John Clayton III a.k.a. Tarzan (Skarsgård) living a life of aristocracy in London, alongside his American wife Jane Porter (Robbie). It has been years since Tarzan has left the jungle and now, King Leopold II of Belgium has invited him to return to the Congo Free State. Tarzan is initially reluctant to travel back to Africa, but is convinced by George Washington Williams (Jackson), an American diplomat who plans to investigate Leopold’s alleged use of slaves to build a railway through the Congo. Tarzan is unaware that he is being lured back to the jungle by the ruthless and avaricious Belgian Captain Léon Rom (Waltz), who has offered to deliver Tarzan to the vengeful Chief Mbonga (Hounsou) in exchange for diamonds. As Tarzan reunites with the various wild animals he grew up amongst, the people of the Congo must fight for their liberty. 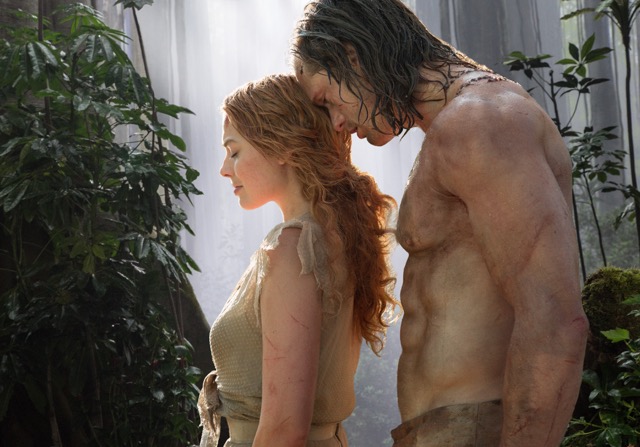 Edgar Rice Burroughs’ Tarzan is an enduring figure in popular culture, but is now most often viewed as kitschy and campy. Clad in a loin cloth, yelling as he swings through the trees – he’s not exactly the action hero modern-day moviegoers have become accustomed to. Director David Yates, best known for helming the final four instalments in the Harry Potter film series, endeavours for viewers to take Tarzan seriously again. This take on the story is commendable in that it wants to be about something, directly addressing the colonialist politics and the unethical means by which various European nations went about their conquest of Africa. It’s pretty heady stuff and the film’s approach errs on the simplistic side, but there’s enough action to ensure the film doesn’t get bogged down in its sombre themes. 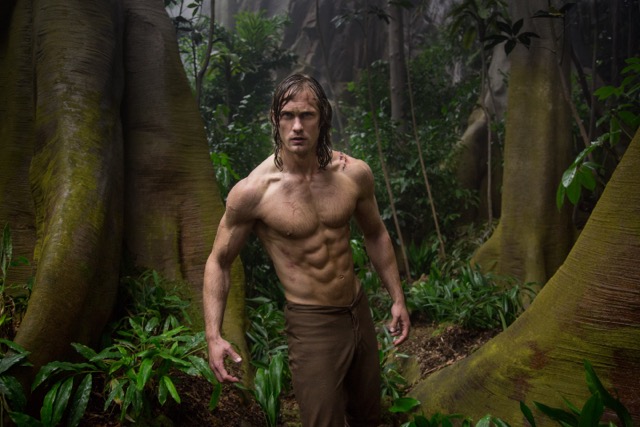 Yates, working from a screenplay by Craig Brewer and Adam Cozad, approaches this as a work of historical fiction. The primary antagonist, Léon Rom, is an actual historical figure, who was known for keeping severed heads in his flowerbed. In addition, George Washington Williams as depicted in the film is a fictionalisation of a real-life Civil War veteran, preacher, politician, lawyer, journalist and historian. The 1890 setting is established with enough detail, but one does occasionally get the sense that this is an adventure flick putting on stuffy period drama airs. 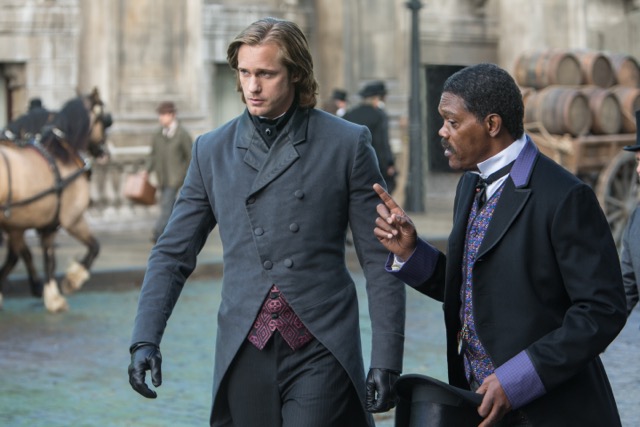 Skarsgård beat out the likes of Henry Cavill, Tom Hardy, Charlie Hunnam and swimmer Michael Phelps, who was toying with using this film to launch an acting career, for the title role. We first see Tarzan as John Clayton III, trying to fit in among the upper crust, and Skarsgård ably conveys that this is a man who is not in his element. While Tarzan is traditionally viewed as a feral man, this version portrays him as a person of both instinct and intellect, having mastered multiple languages and well-versed in various cultures. He wants to be seen as more than a mere oddity. Naturally, we get to see him doff his shirt, and any doubts that he wouldn’t be able to pull off the necessary muscled physique are quickly assuaged. For all his efforts, Skarsgård is still encumbered by a certain stiffness, and this reviewer would like to have seen a more passionate, unbridled Tarzan. 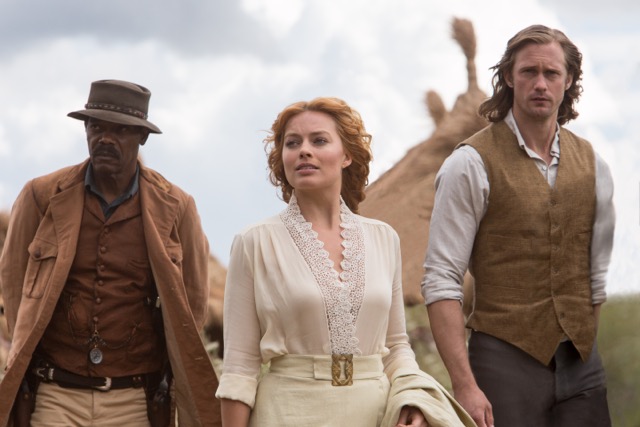 Yates wanted Jessica Chastain to portray Jane and the studio had their eyes on Emma Stone, but it’s Robbie who portrays Tarzan’s lady love. Robbie possesses an irrepressible radiance and imbues Jane with a charming vigour. The film is able to strike a balance between putting Jane in peril, as she is expected to be so Tarzan can rescue her, while also making her a capable character in her own right. She holds her own opposite Waltz, but the scene in which Jane grits her teeth to sit down for dinner with Rom is a pale imitation of the similar scene between Belloq and Marion Ravenwood in Raiders of the Lost Ark. 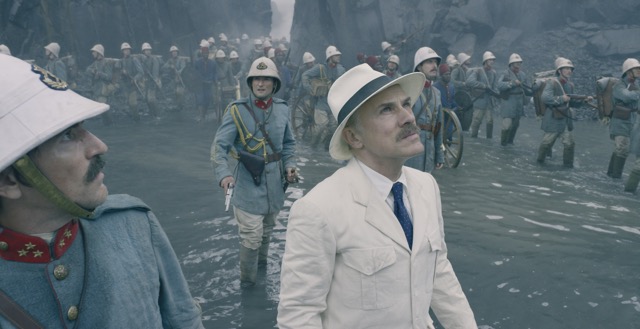 There’s no denying Waltz is a talented actor, but by now, audiences have begun to tire of seeing him typecast as the villain, and he does nothing different as Rom. The character is the embodiment of imperialist greed, striding through the jungle with fearsome troops behind him, taking what he wants at will. There’s no nuance here, and Waltz often seems extremely close to twirling his moustache. Hounsou strikes an imposing presence as the tribal leader who has a long-standing vendetta with Tarzan, but gets too little screen time for their conflict to take hold. Jackson is entertaining as Williams and the character gets a moment to reflect on his own history and explain his motivations. However, his performance can’t help but come off as anachronistic, and Williams is very much a wise-cracking buddy cop sidekick, which can pull one out of it at times. 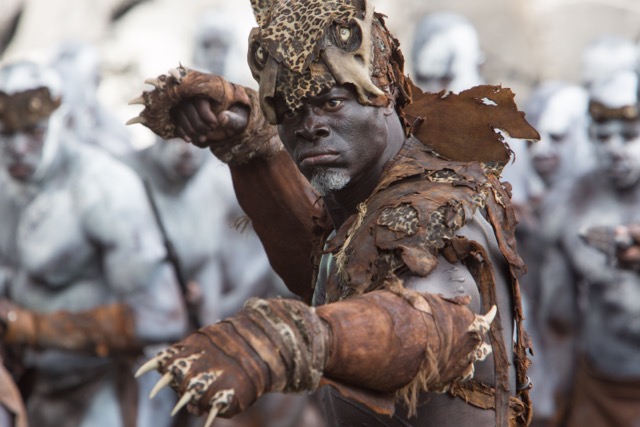 There is a great deal of visual effects work and a multitude of computer-generated animals required to populate the Congo. Unfortunately, some of these beasts look sillier than others, and several sequences, particularly a railroad ambush and an ostrich stampede, lack polish. Tarzan calls on his animal friends for assistance during the climax, and for a film purported to be a more serious telling of the Tarzan tale, it is a little goofy. 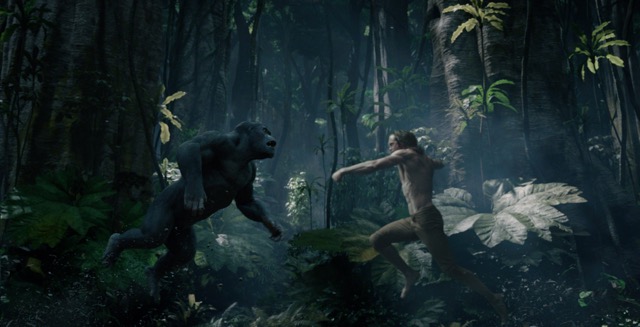 The world was never aching for another Tarzan movie, but this one justifies its existence by incorporating historical elements and setting out to make a statement about man’s relationship with nature. This is complemented by a blend of National Geographic-style panoramic vistas and moderately exciting action beats. While it lacks the heart of the animated version the target teen audience might be most familiar with, it’s a fine addition to the Tarzan movie canon, and definitely ranks far above the risible 2014 animated take.

Summary: Historical elements are cleverly weaved into the familiar Tarzan tale and this is not as much of a re-tread as one might expect, but there’s still a certain vitality missing from this version.