The Four Horsemen ride again with new tricks up their respective sleeves in the sequel to Now You See Me. It’s been a year since the events of the first film, and Daniel Atlas (Eisenberg), Merritt McKinney (Harrelson) and Jack Wilder (Franco) have been lying low, awaiting instructions from The Eye, the secret society into which they were inducted. FBI Agent Dylan Rhodes (Ruffalo) attempts to keep up the charade of pursuing the Horsemen while secretly leading them. Replacing Henley Reeves, who grew tired of waiting, is the enthusiastic Lula (Caplan). The Horsemen’s new mission is to expose the unethical practices of smartphone manufacturer Octa, but a spanner is thrown in the works by Walter Mabry (Radcliffe), Octa’s reclusive co-founder. The Horsemen find themselves in Macau, and must seek the help of magic shop proprietor Li (Chou) as Mabry forces them to pull off a nigh-impossible heist. In the meantime, both former benefactor Arthur Tressler (Caine) and magic debunker Thaddeus Bradley (Freeman) seek their vengeance on the Horsemen. 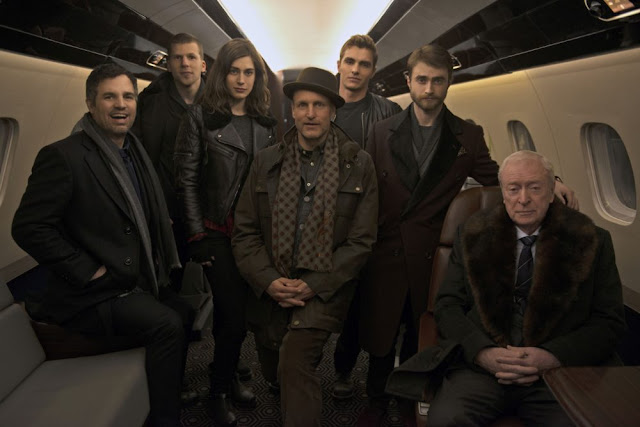 Jon M. Chu replaces Louis Leterrier in the director’s chair for the second instalment of what studio Lionsgate is hoping shapes up to be their next big franchise. If the first film offered up flashy spectacle and a plot comprised of puzzle pieces that did not quite fit together in hindsight, Now You See Me 2 gives audiences more of the same. The screenplay by Ed Solomon ties itself into knots that do not untangle despite giving the appearance of doing so. This might seem like a film that imagines itself to be far smarter than it really is, but the more likely scenario is that the filmmakers are well aware that these movies will not hold up to scrutiny and that audiences will be content with revelling in the moment. Chu brings slickness and swagger to the proceedings that ever so slightly papers over the gaping plot holes. The director’s dance movie expertise is evident in several sequences that are elaborately choreographed, but ultimately more dizzying than dazzling. 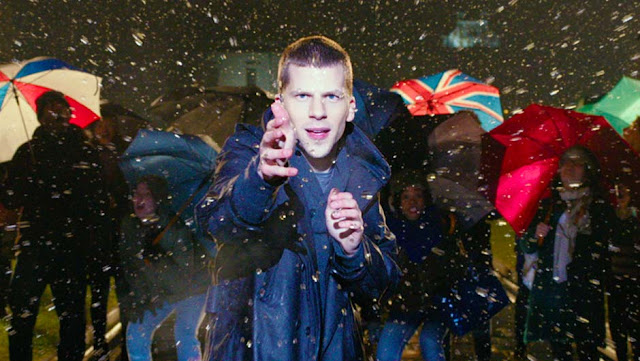 The first film’s greatest asset was its cast, comprising actors whose charisma and charm could almost rival that of Danny Ocean and his 11, if only the Four Horsemen weren’t outnumbered. Isla Fisher was unable to reprise the role of Henley Reeves due to her pregnancy, so Henley was written out and Lizzy Caplan steps in as new character Lula. The danger with these characters is that being showmen, they’re all egotistical and obnoxious to different degrees. Harrelson seems to be having twice as much fun as before, but comes across as irritating rather than actually funny. Atlas’ haughty, twitchy nature is something Eisenberg has no problems conveying, but Atlas has had to eat some humble pie since the events of the last film, and Eisenberg convincingly portrays that character development too. Caplan is a likeable performer, but her “over-eager new girl” shtick does also wear on the nerves after a while. 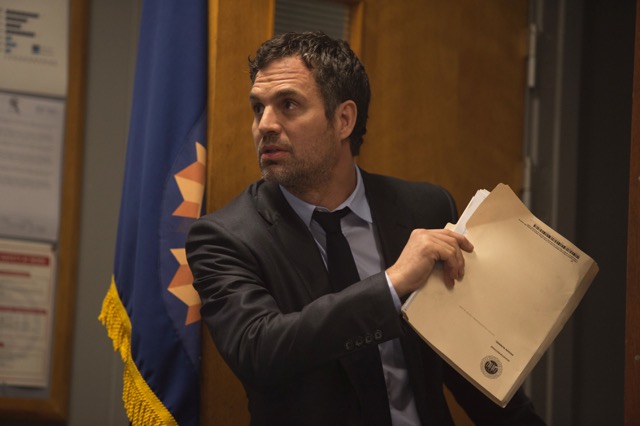 Rhodes’ charade is up and the audience knows that he is not only on the Horsemen’s side, but actively leading them. Ruffalo gives the role far more effort than it deserves, and his presence does elevate the material. Quite amusingly, Ruffalo becomes the latest Hollywood actor who has to pretend to be adept at speaking Mandarin Chinese. As the primary antagonist, Radcliffe isn’t exactly easy to buy as someone who would be able to run rings around the Horsemen. The actor has explored his darker side in other film and stage projects, but there’s supposed to be menace behind Walter’s smile, menace that Radcliffe is unable to muster. 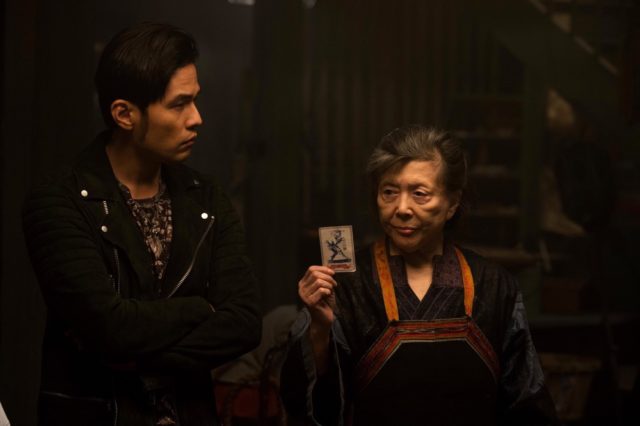 It’s abundantly clear that Chou’s inclusion and the Macau setting merely serves to pander to Chinese audiences. Veteran actress Tsai Chin (not to be confused with the Taiwanese singer of the same name), who plays Li’s grandmother Bu Bu, is a far livelier screen presence than Chou. The film calls upon Caine and Freeman to provide gravitas while not doing very much at all, something the iconic actors do without breaking a sweat. 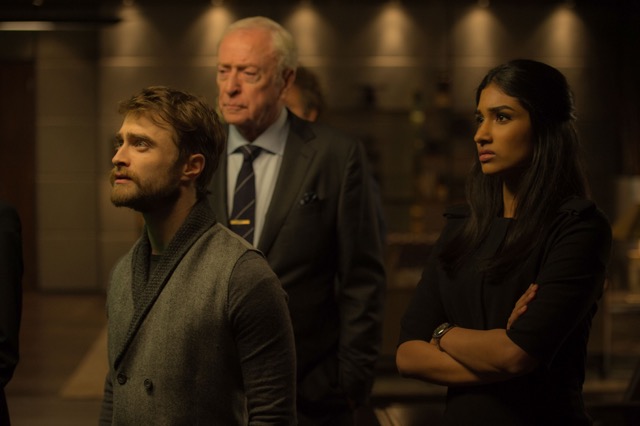 Now You See Me 2 alternates between being supremely entertaining and frustrating. There’s glitz, glamour and eye candy effects work galore, but twist after twist after twist does not a truly engrossing thriller make. That’s the paradox: it does not hold up to close examination, yet invites audiences to do so. Ultimately, your enjoyment of Now You See Me 2 is contingent on just how willing you are to be taken on a ride. You’ll get bamboozled, but you just might have fun in the process. 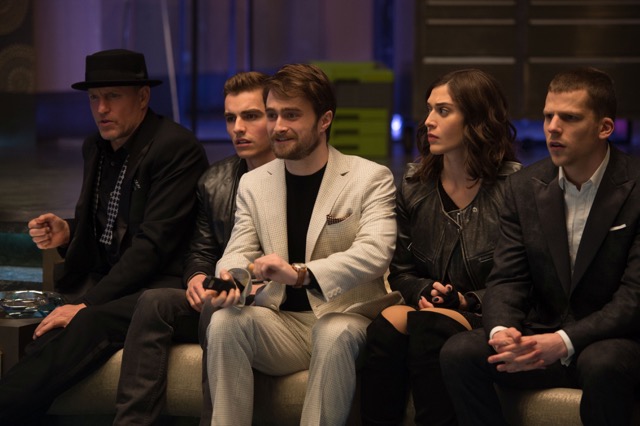 Summary: Now You See Me 2 doesn’t make a lot of sense, but the first movie convinced general audiences that making sense isn’t the goal here. The goal is to entertain while misdirecting, and this has entertainment and misdirection in spades.

RATING: 3 out of 5 Stars
Jedd Jong