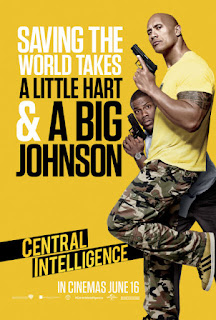 Over the past few years, Kevin Hart has become the universal adapter plug of the buddy comedy subgenre, having been paired with the likes of Will Ferrell, Josh Gad and Ice Cube amongst others. This time, Hart is teamed with Dwayne “The Rock” Johnson. But is just their disparity in physical stature enough to elicit the laughs?

Hart plays Calvin “Golden Jet” Joyner, who in high school, was a popular and highly successful student. Robbie Weirdicht (Johnson) was an overweight social outcast who was relentlessly bullied, and Calvin was the only one who would show him any kindness. 20 years later, Robbie has undergone a complete physical transformation and reinvented himself as “Bob Stone”. Calvin is married to his high school sweetheart Maggie (Nicolet), but is unfulfilled in his accounting career. Robbie and Calvin reunite, but Calvin is informed by CIA agent Pamela Harris (Ryan) that Robbie is in fact a dangerous rogue agency operative wanted for the murder of his former partner. Robbie tries to convince Calvin of his innocence as the two go on the run, trying to stop classified intel from falling into the hands of a mysterious underworld player known as “the Black Badger”. 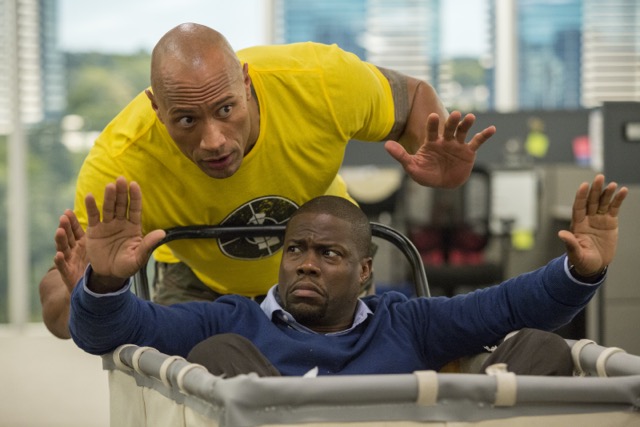 The thinking behind Central Intelligence seems to have been “just let the two leads loose, that should be plenty to carry a movie.” Much of the would-be comedy is painfully unfunny, and the action is generic and unimpressive. This is far from the first comedy in which a regular Joe is flung into the mix of high-stakes international intrigue, and the plot is painfully perfunctory and the final reveal is a predictable one. There’s an anti-bullying message here, that if you’re picked on by the jocks in high school, all you need to do is transform yourself into Dwayne “The Rock” Johnson to get back at them. That should be pretty easy for anyone to do. The prologue features Johnson’s face digitally pasted onto a different actor who portrays the young Robbie; this effect is nestled deep in the uncanny valley and is terrifying rather than funny. 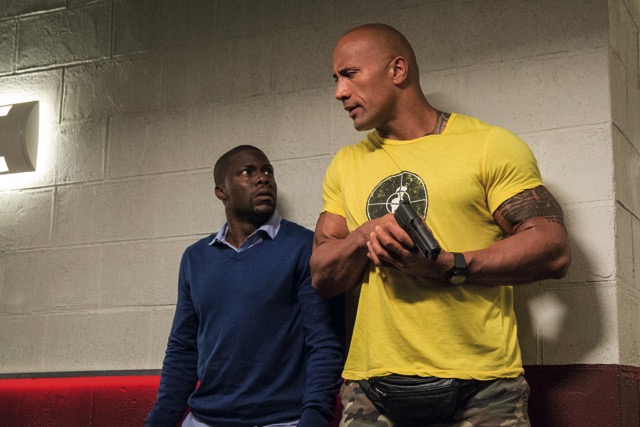 To the movie’s credit, it doesn’t go down the “one’s silly and the other’s stoic” route typical of buddy cop flicks. While Hart does eventually go into shrill, flailing mode, the character is likeable because of the kindness he shows towards the underdog. Johnson does have fun with the Robbie character, who may be all 6’ 5” of hulking muscle, but is the same awkward, socially mal-adjusted kid deep down. The thing is, Johnson is too slick and polished to come across as convincingly dorky. Nicolet’s Maggie is just “the wife” – the plot seems to hint at how marrying one’s high school sweetheart may not be all it’s cracked up to be, but doesn’t really go anywhere. Ryan is certainly far above the material, and phones it in as the comically serious dogged agent hunting down the suspect. Bateman is pretty much wasted as a stock slimy, snivelling banker type, and Paul’s appearance amounts to little more than an extended cameo. Look out for a prominent comedienne in the film's climax. 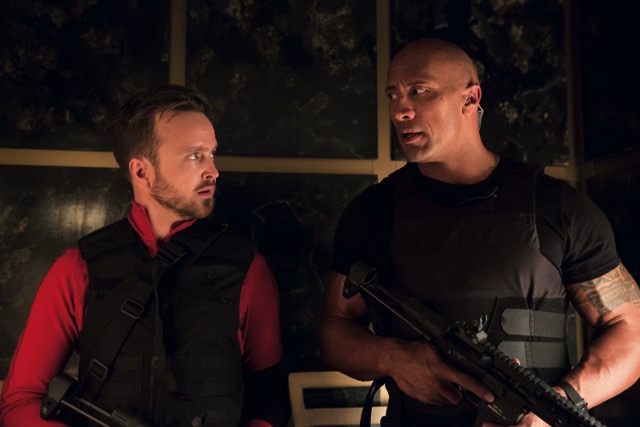 Central Intelligence has the same problem that most Kevin Hart vehicles have: the producers bank too much on the comedian’s appeal to audiences and everything around him seems to be on autopilot. It’s a wasted opportunity, especially since Hart is paired with a bona fide action hero like Johnson. Instead of a production line comedy with bits of action sprinkled about half-heartedly, it would have been fun to see the duo tear into the conventions of buddy cop and spy movies in a full-tilt action extravaganza fuelled by belly laughs. The film trucks out the hoary dictum of “being yourself” – we’ll bet it’s easy to “be yourself” when you’re Dwayne Johnson. The scenes in which Robbie is wracked with anxiety brought about by the trauma he endured in school did resonate a little with this reviewer, but it never seems sincere enough to be a truly effective message. Sure, it’s sporadically amusing just by dint of putting Hart and Johnson together, but it’s clear that Central Intelligence isn’t aiming for any particular heights and is merely coasting along. 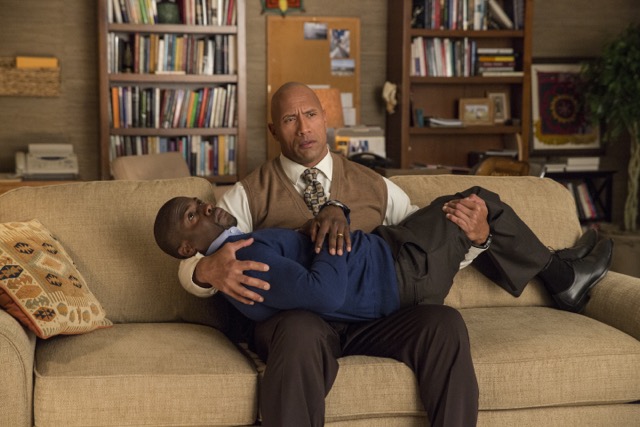 Summary: Sure, the leading men have chemistry, but unremarkable action sequences and jokes that are more cringe-inducing than genuinely funny ensure this won’t be front and centre in most moviegoers’ memories after they leave the theatre.