After playing Pa Kent in last year’s Man Of Steel, Kevin Costner is pulling daddy duty again in 3 Days To Kill. This time, he’s playing veteran CIA agent Ethan Renner, who is stricken with brain cancer that has spread to his lungs. On the brink of death, he is offered a miracle drug by fellow CIA agent Vivi (Heard) in exchange for a successful kill. The target: terrorist arms dealer Wolfgang “The Wolf” Braun (Richard Sammel). With mere months left to live, Ethan goes to Paris where his estranged daughter Zoey (Steinfeld) is living with her mother, Ethan’s ex-wife Christine (Nielsen). Having neglected his wife and daughter due to the obligations of his dangerous job, Ethan must make up for lost time, fight through the drug’s hallucinogenic side effects and stop the Wolf once and for all. 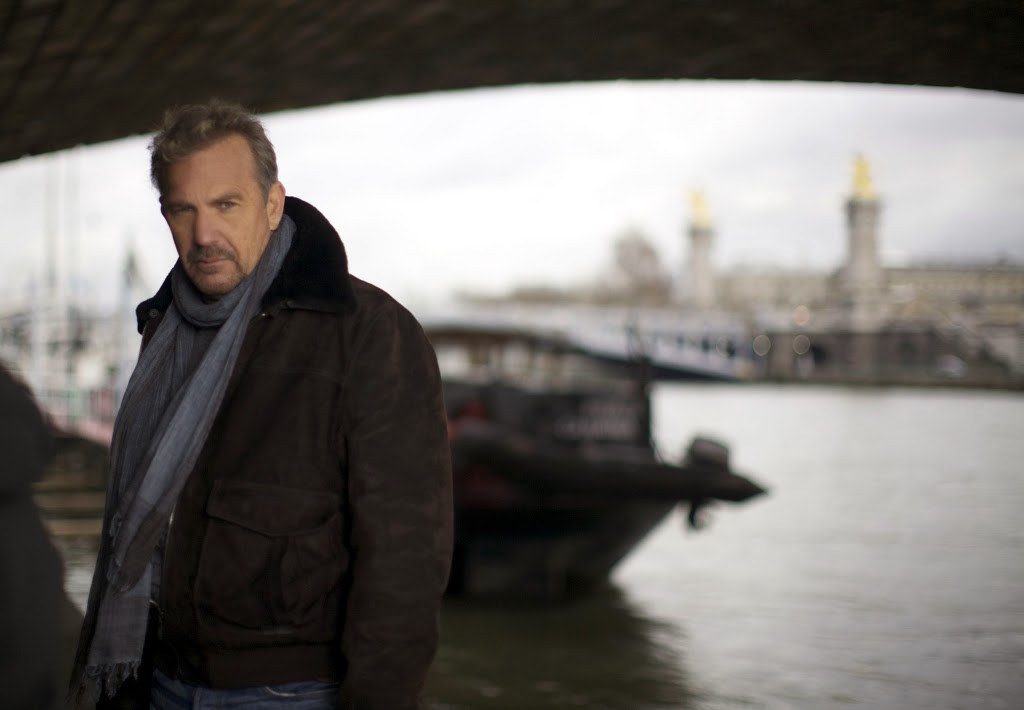 Moviegoers know what to expect from Luc Besson, who established his brand of Euro-action in the 90s and has been directing and producing such genre entries ever since. Besson co-wrote 3 Days to Kill with Adi Hasak, but directing duties were handled by McG who, suffice it to say, is not the most popular director out there. 3 Days To Kill is something of a mess but at least it doesn’t look it, cinematographer Thierry Arbogast having lensed Besson movies such as La Femme Nikita, Léon and The Fifth Element. Beautiful sunrises over Paris and seedy, neon-lit nightspots get showcased in equal measure. However, this can’t help but lend a certain ersatz quality to the film; that McG is trying his hardest to approximate that Besson look and it comes off as self-conscious. Furthermore, the premise is practically identical to that of Besson’s French TV series No Limit.

3 Days To Kill feels like two different movies hastily stitched together, in many ways coming off like an unsuccessful version of True Lies. In both films, a spy has to address domestic problems in his family life while saving the day. However, True Lies was an all-out action comedy, while 3 Days To Kill is unable to settle on a tone. It wants to be taken seriously as an action thriller and there are some fairly brutal combat sequences and a violent onscreen death or two. However, we’re also supposed to be invested in the melodramatic tale of a duty-bound father trying his hardest to reconnect with his stubborn, distant teenager. In addition to that, the film’s attempts at humour are awkward and misjudged. For example, lots of serious confrontations get interrupted by Icona Pop’s cheerful I Love It, which Zoey has chosen as her father’s cell-phone ringtone. 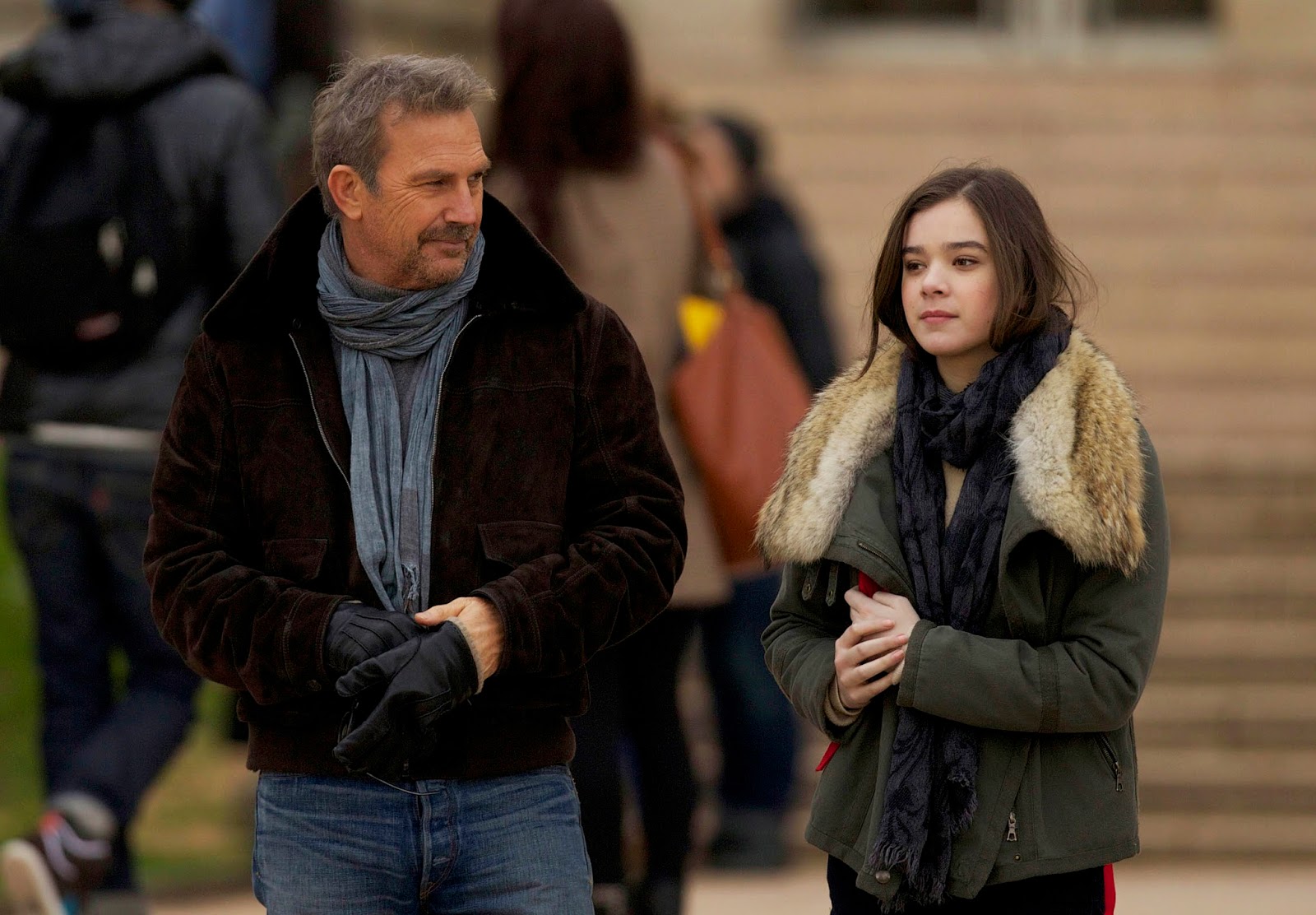 Costner has been trying for a comeback and appears to be after a Liam Neeson-style career renaissance – after all, Taken was also produced by Luc Besson. Costner is okay but he lacks Neeson’s intensity and just comes across as somewhat bored, at times dangerously close to phoning it in Bruce Willis-style. Steinfeld’s Zoey is a thinly-sketched bundle of “rebellious teen” clichés, right down to her petulant insistence on addressing her father by his first name. Steinfeld is certainly better than this, but the character is just annoyingly written. Heard does a lot of posturing as a femme fatale, her exaggerated appearance with that peroxide blonde do and uber-red lips making it seem as though she’s just walked off the set of Machete Kills. Also, it’s never made clear why Vivi can’t just kill the Wolf herself.

3 Days To Kill isn’t exactly a run-of-the-mill, formulaic spy action flick, but it seems it might have been better off as one. Even with a ticking-clock element built in, the film fails to muster a sense of urgency or tension. That’s because the secondary plot involving Ethan’s reconciliation with his daughter is shoved to the fore, stopping the action from gaining any proper momentum and feeling like someone’s changed the channel from a spy thriller to a sappy family drama. While the tonal dissonance isn’t quite as jarring as in Besson’s own Malavita/The Family/We’re a Nice Normal Family, it still gets in the way of what could’ve been a slick if forgettable actioner. The presence of a large family led by patriarch Jules (Eriq Ebouaney) who are squatters in Ethan’s flat is an obvious attempt to up the heart-warming quotient. Add stereotypical comic-relief side characters like limo driver Mitat (Marc Andréoni) and Italian Guido (Bruno Ricci) to the mix and 3 Days To Kill just ends up being muddled and unsatisfying.

Summary: An awkward combination of father-daughter relationship drama and espionage action thriller, 3 Days To Kill fails to hold together.