The comedians at Rifftrax theorised that a sequel to 2007’s 300 would be named 300 2: 301. Instead, we have 300: Rise of an Empire, best described as a Bourne Legacy-style side-quel. Athenian general Themistocles (Stapleton) leads the Greek fleet at the Battle of Artemisium, a naval engagement that was unfolding concurrent to the Battle of Thermopylae fought by King Leonidas and the 300 Spartans. The Persian navy is led by the ruthless Artemisia (Green), cunning, manipulative and skilled with the sword. Themistocles also visits Leonidas’ wife Queen Gorgo (Headey) to petition for access to Spartan ships, and we get some back-story about the Persian god-king Xerxes (Santoro). 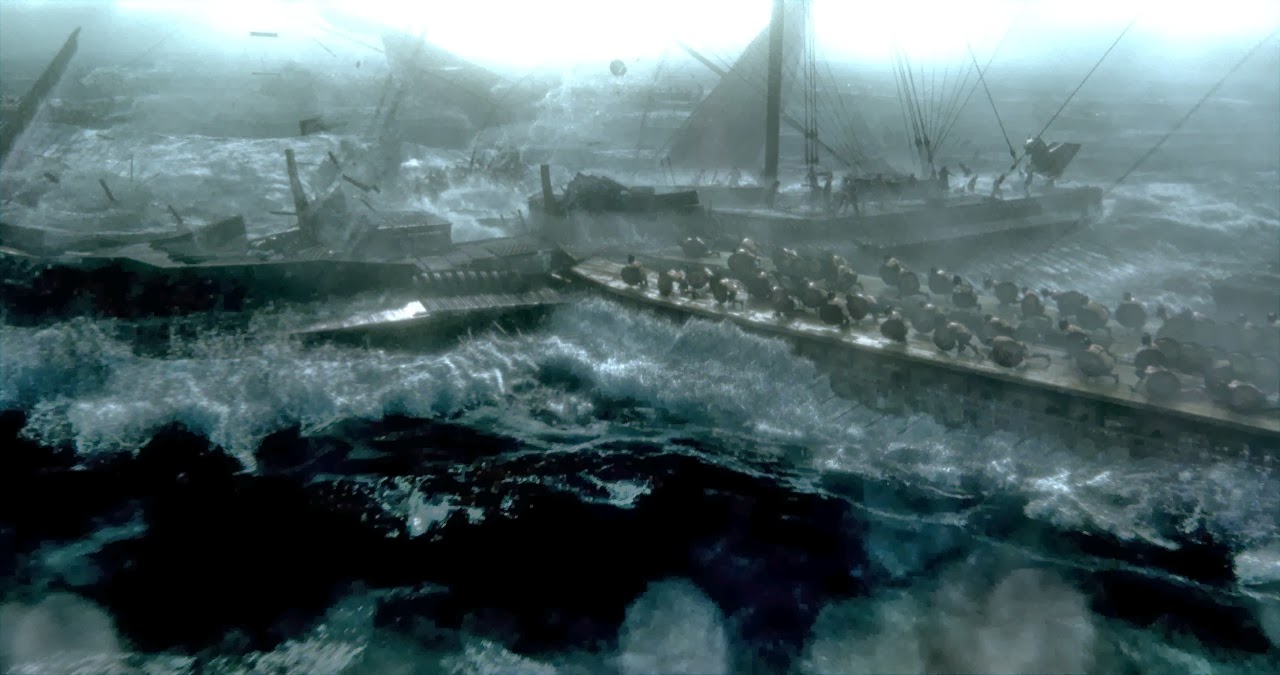 The first 300 film is very similar to the first Matrix movie in that both utilised a visual style that was captivating and ground-breaking initially, but that quickly got run into the ground by imitators in the years between the original and the sequel(s). While the two Matrix sequels arrived four years after the first Matrix, 300: Rise of an Empire comes a whole seven years after 300. In that time, everything from Immortals to the Spartacus TV series to The Legend of Hercules to the Malaysian film Vikingdom has tried to recapture the striking aesthetic of Zack Snyder’s movie. As Snyder was busy with Man of Steel, new director Noam Murro dutifully duplicates 300’s look, but the novelty and charm has slowly eroded away, annoyance taking its place.

Nobody’s going to call this a “historical movie” with a straight face (say hi to the sea serpents), but then again, that’s part of why 300 became such a huge hit, its stylisation of Ancient Greek history and its interpretation of Frank Miller’s graphic novel original and eye-catching. Here, we get another parade of chiselled physique, pixelgallons of computer-generated blood and what can best be described as “sexfighting”. The blood here seems already semi-coagulated when it is drawn, seeming more like chocolate fudge than anything else and slopping across the lens with regularity. We guess there’s nothing wrong with an R-rated action flick in an age where every studio executive wants every movie to be rated PG-13 to reach as wide an audience as possible, but 300: Rise of an Empire crosses into unintentional silliness all too often, due in part to the excessive, cartoony violence.

If King Leonidas came from the Scottish section of Greece, then Themistocles came from the Australian section. Themistocles is a more measured, less choleric protagonist than Leonidas and Sullivan Stapleton does look the part of an action hero, but he’s also far less charismatic than Gerard Butler was and does at many times feel like an also-rans substitute. Eva Green, a dab hand at playing the femme fatale, glowers and pouts her way through the film in a scenery-chomping turn that is just impossible to take seriously, though that was probably the intention. It seems she took inspiration from Angelina Jolie’s equally ridiculous performance in Alexander and it is difficult to buy Green as a battle-hardened warrior. It’s also eye-roll worthy that someone as formidable as Artemisia has to fall back on her seductive wiles. It is nice to see Lena Headey return though, for the primary purpose of providing a lengthy voice-over or two.

This isn’t a terrible movie, but it’s more of the same seven years too late. 300 was far from the most sequel-ready of films (spoilers for something that took place 2500 years ago: all the 300 Spartans died) so this seems unnecessary and forced. A lot of the film is taken up by exposition and flashbacks and all the naval battles blend together into an indistinguishable mash. There’s also a father-son subplot with Scyllias (Mulvey) opposing the idea of his son Calisto (O’Connell) joining the fight, an unsuccessful attempt to inject pathos into the proceedings. And to top it all off, co-writer Kurt Johnstad sneaks in the line “an act of valour” which has got to be a reference to the movie of the same name he wrote. Still, it’s entertaining, there’s an effort made to establish continuity, it isn’t poorly made and the 3D is pretty fun. 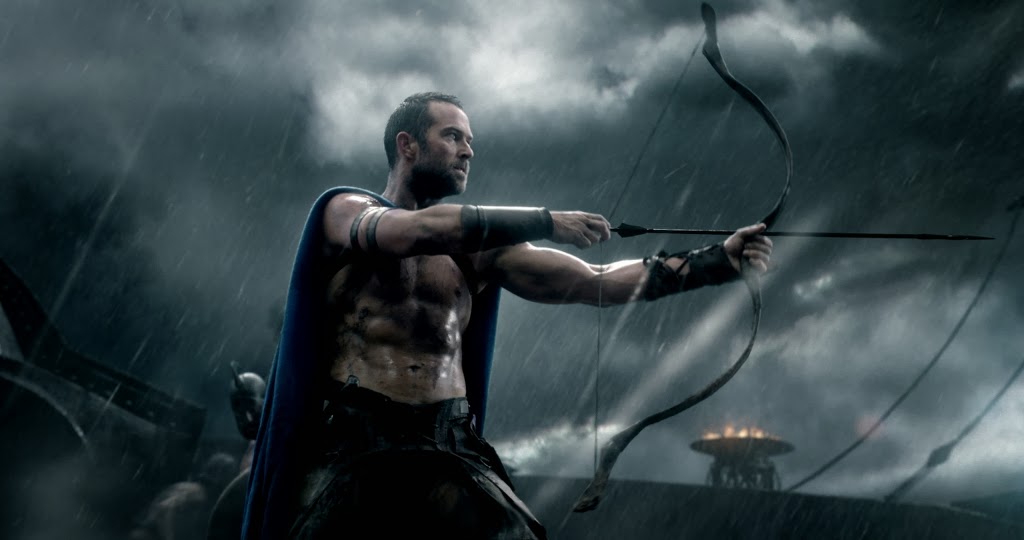