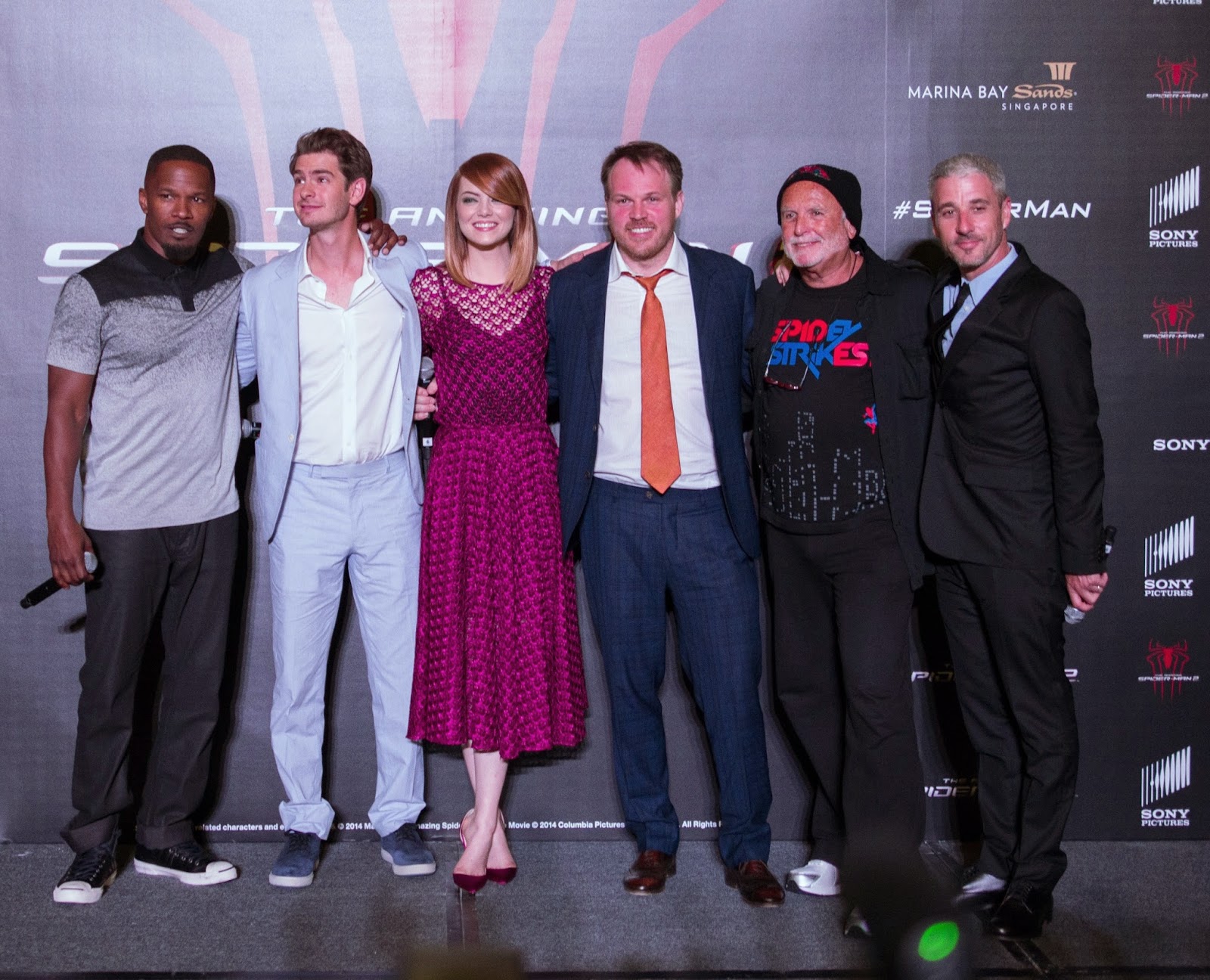 The stars, director and producers of The Amazing Spider-Man 2 swept into Singapore on 27th March, greeting a throng of excited webheads at the Shoppes at Marina Bay Sands (MBS). Actors Andrew Garfield, Emma Stone and Jamie Foxx were joined by director Marc Webb and producers Avi Arad and Matt Tolmach. Bringing a little slice of Hollywood hype and glamour to our shores, the celebrities will participate in the Earth Hour "lights out" ceremony to be held this Saturday.

By Jedd Jong
Photos by Tedd and Jedd Jong

At MBS, they graciously posed for photographs, signed autographs and took lots and lots of selfies with some lucky fans. There was also an appearance made by Spider-Man himself, leaping through the red carpet area, in addition to some fans who turned up in costume as Spider-Man, Electro and Gwen Stacy as radio deejays Justin Ang and Vernon A hosted the proceedings. 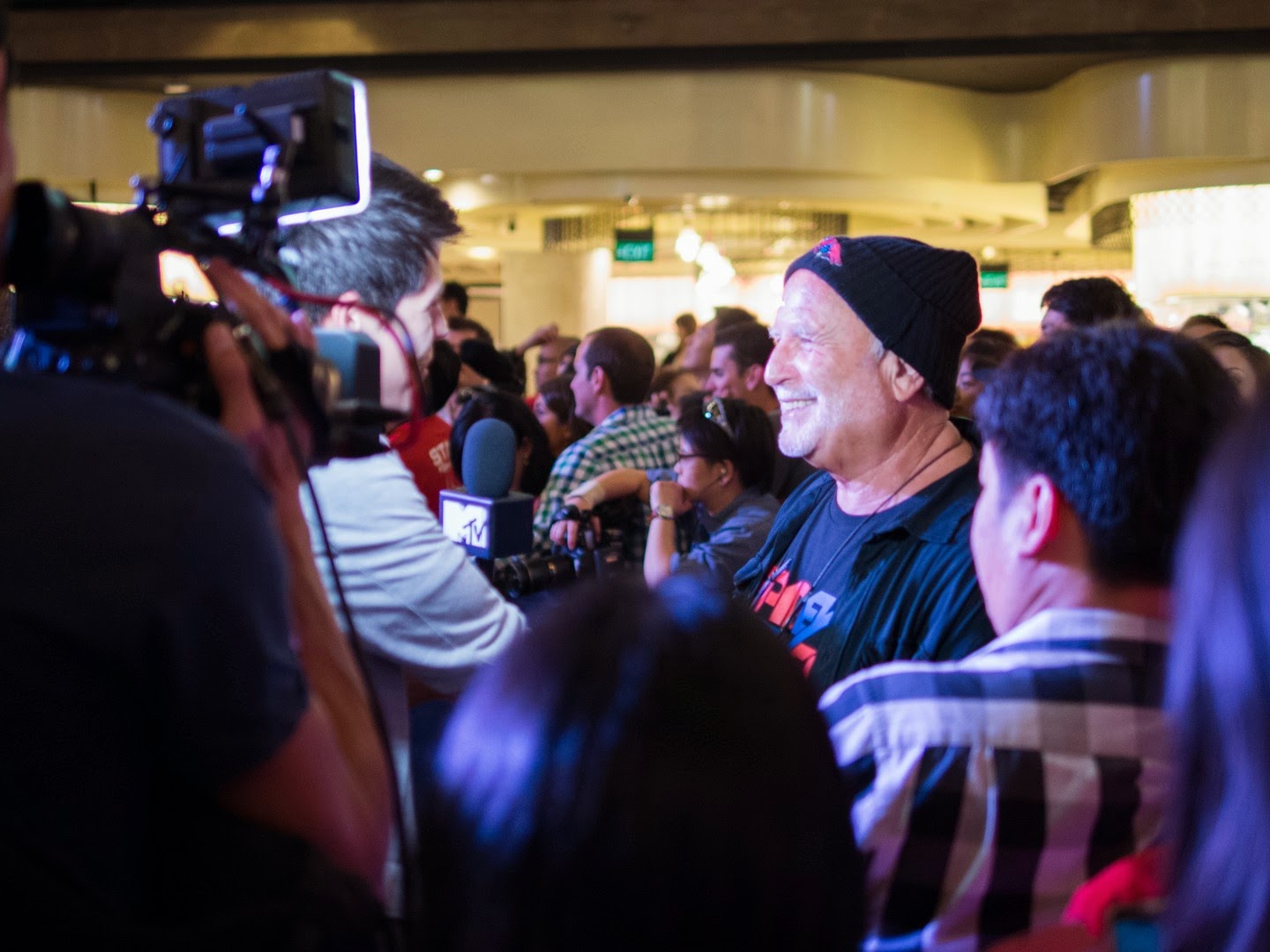 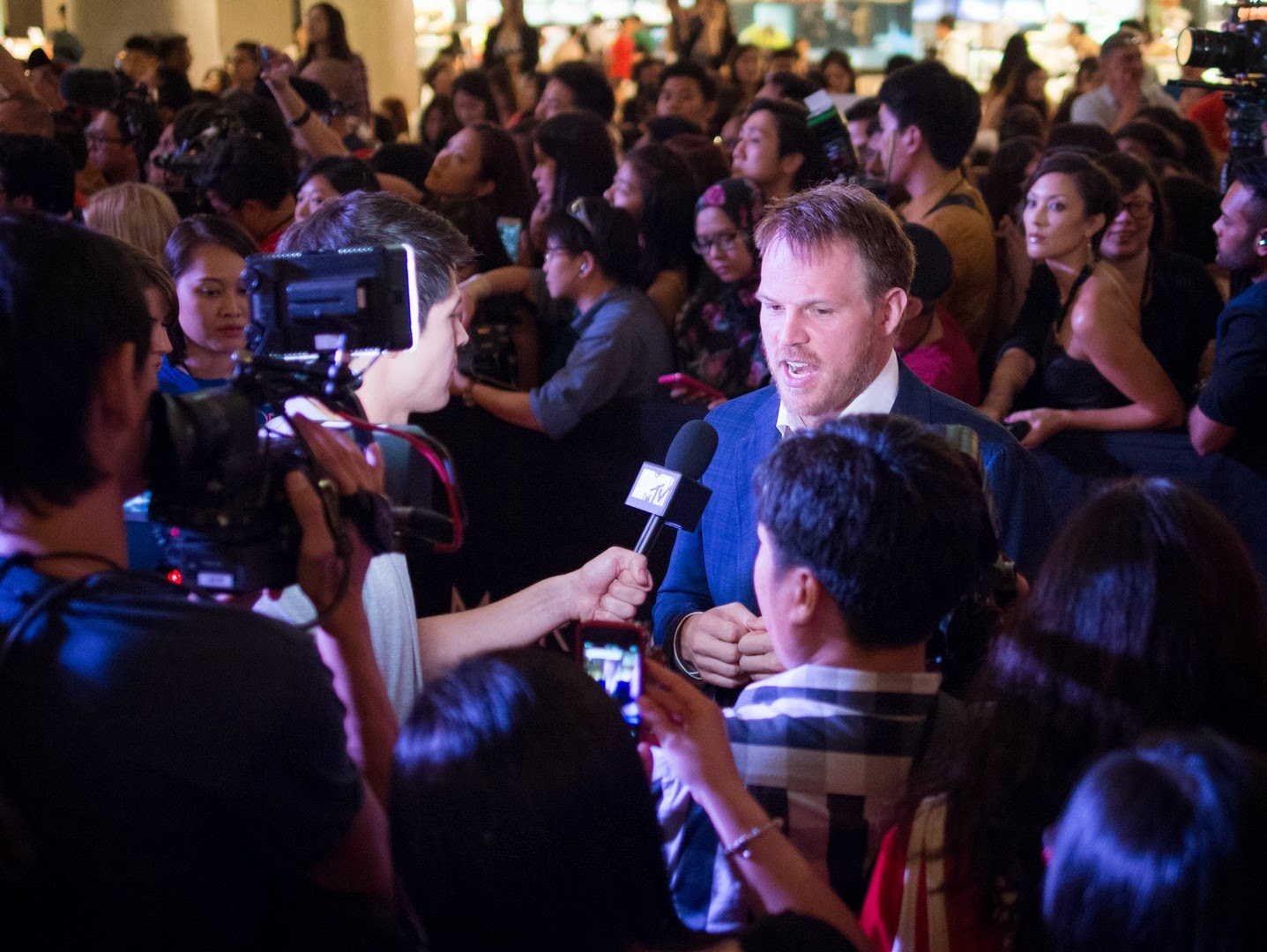 Director Webb described building a replica of Times Square on Long Island to stage the film's central set-piece in which the villainous Electro, played by Foxx, causes a violent power outage in the middle of New York City. 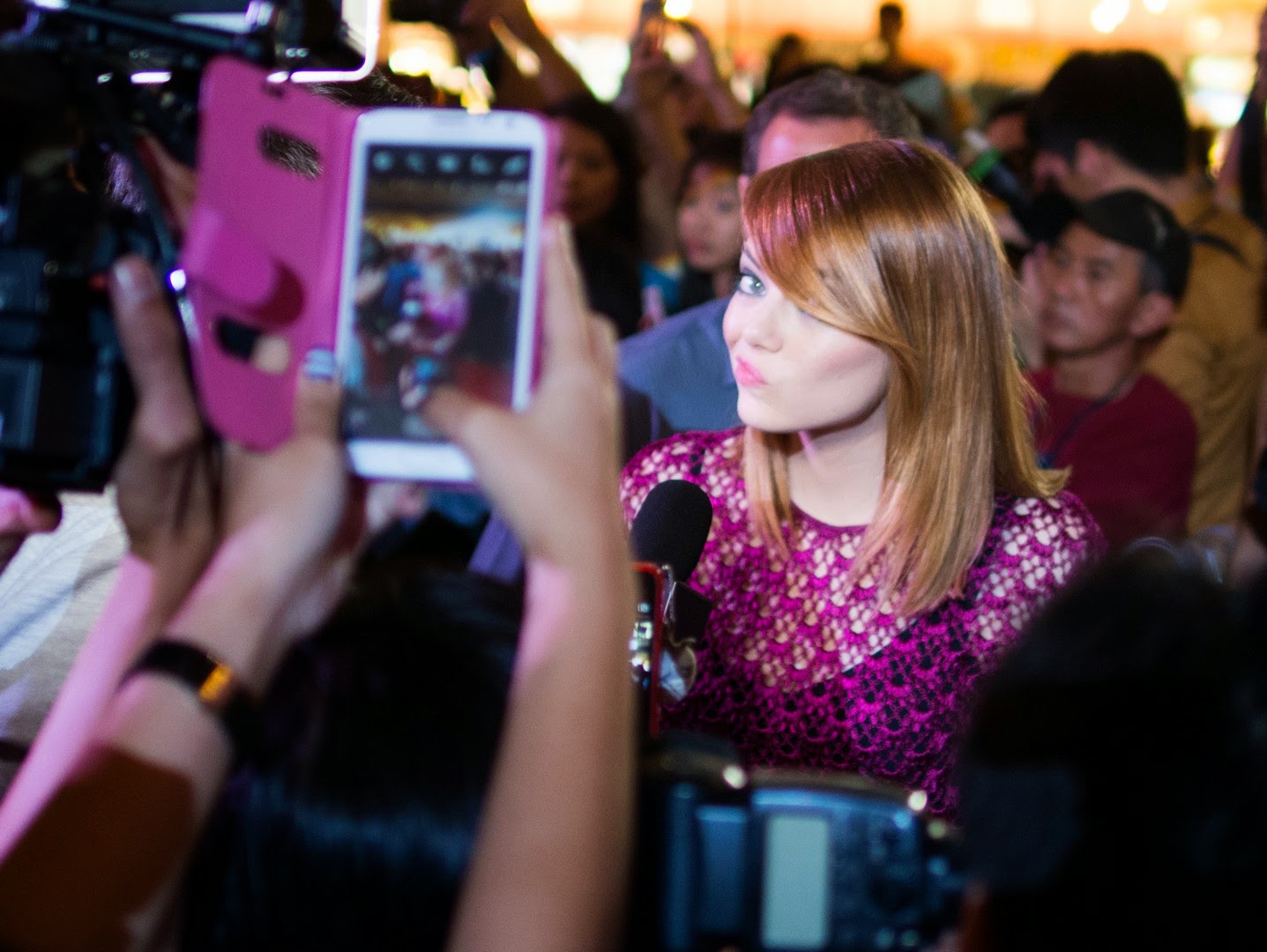 Emma Stone revealed that she enjoyed performing the high-flying wire work stunts for when Gwen Stacy gets to swing on Spider-Man's arm. 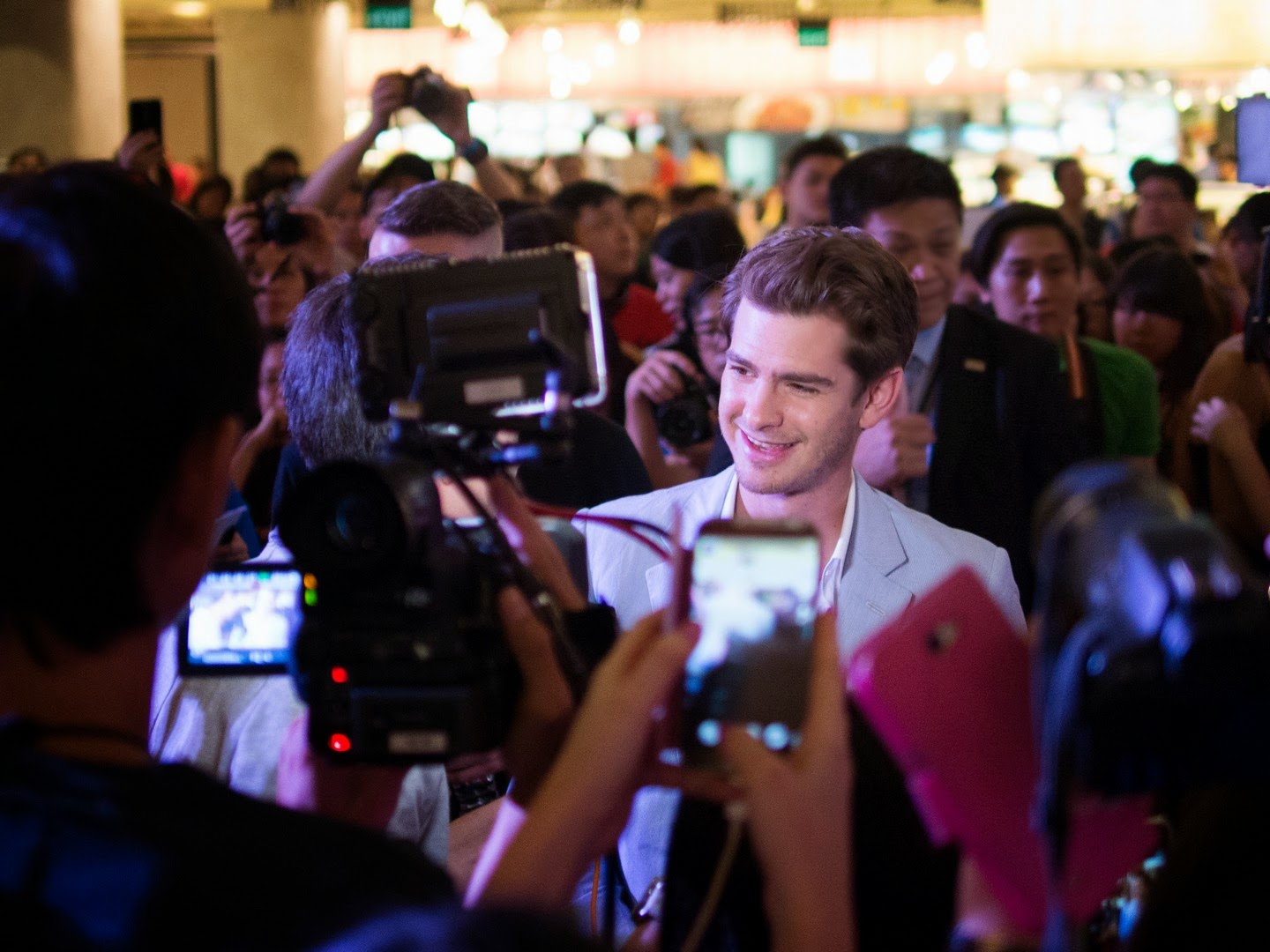 Andrew Garfield said that the group was taken to Maxwell Food Centre (he called it "Maxwell Courtyard") to partake in some famous chicken rice, and that they had been chilling in the Infinity Pool atop the MBS hotel earlier that day. 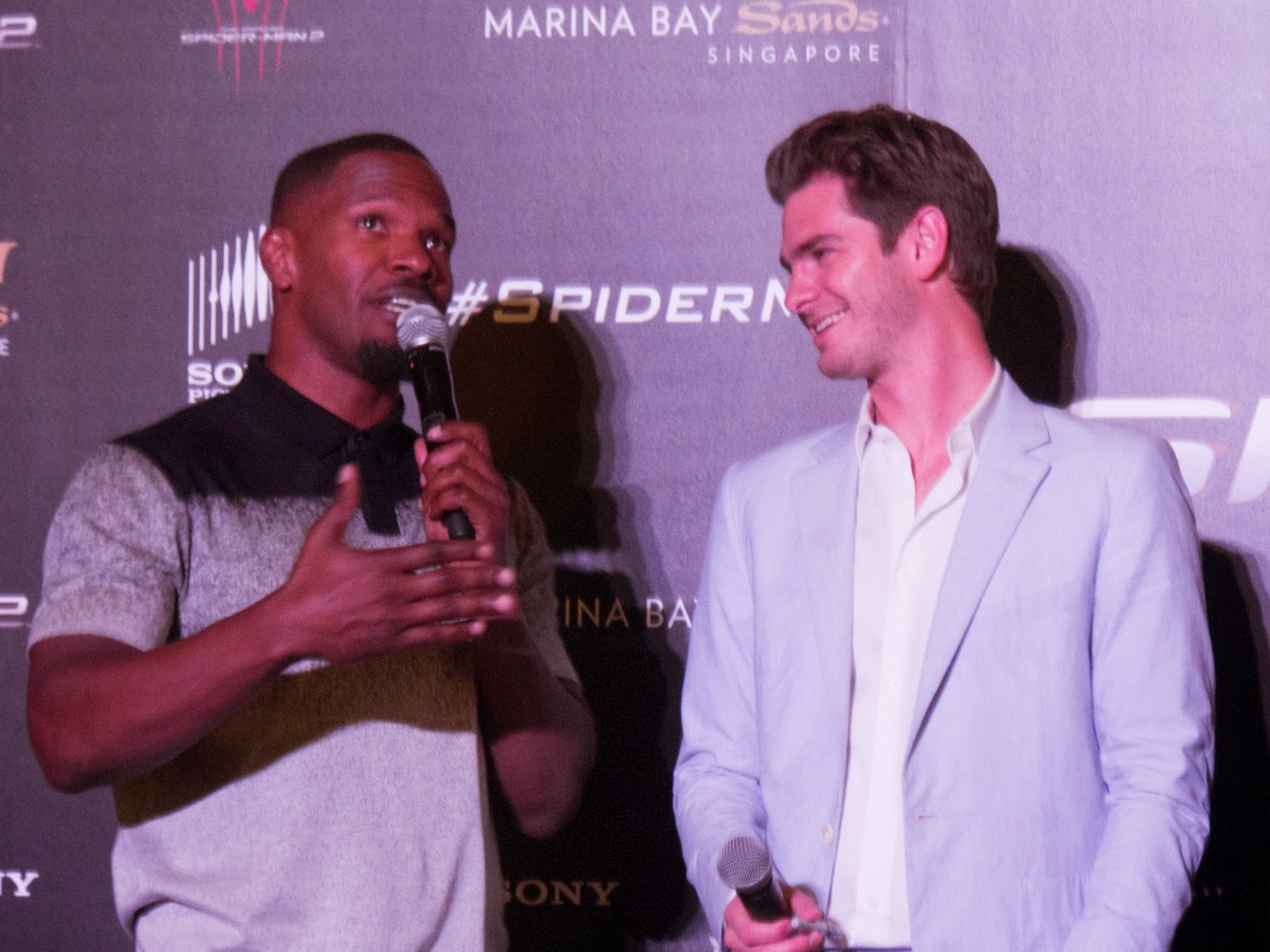 Jamie Foxx also entertained the crowd with a spot of beatboxing. 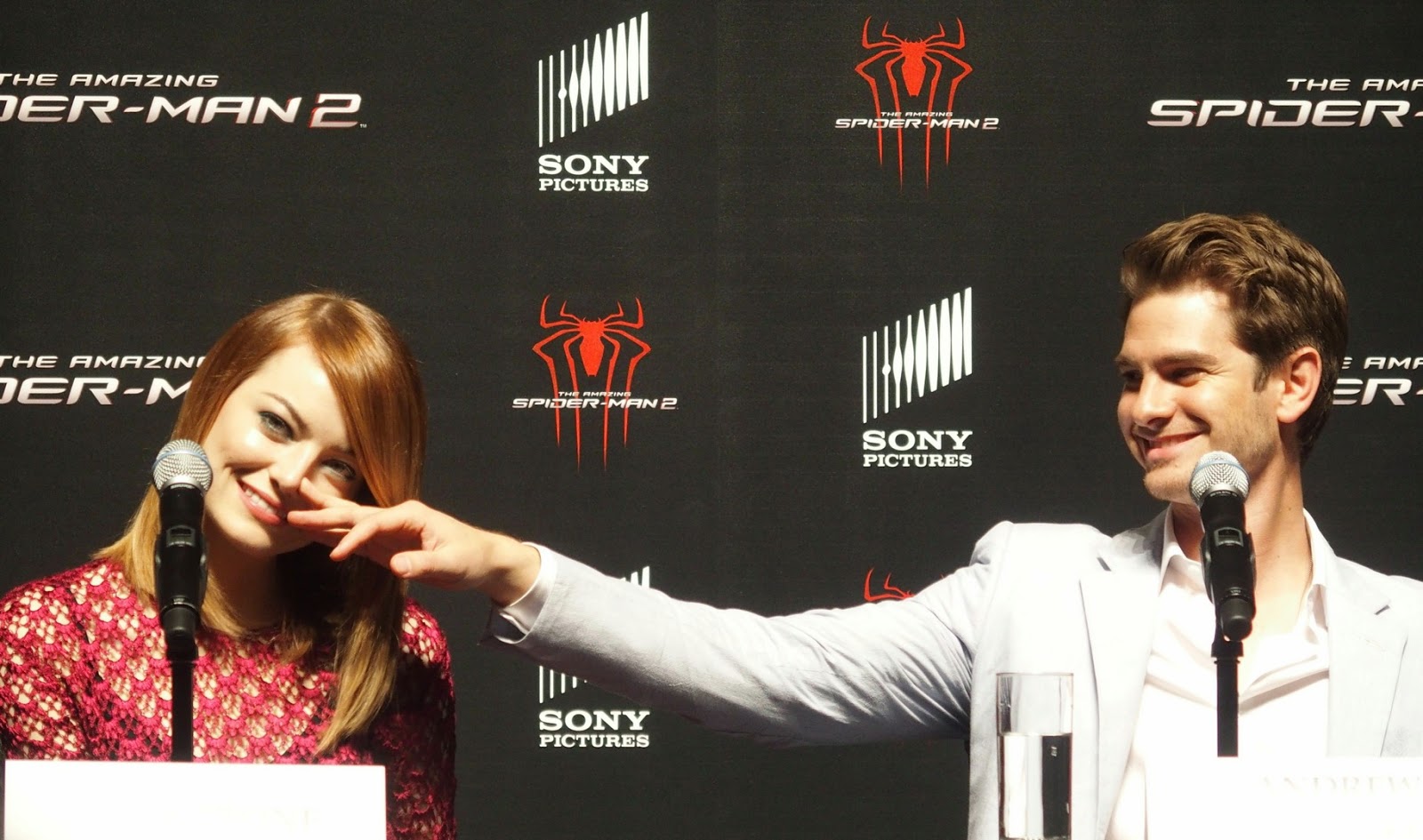 Once in the MasterCard theatre for the press conference, we were treated to a small, sweet display of affection when Garfield playfully stroked Stone's cheek.

When asked by a reporter about playing a character who is white in the comics, Jamie Foxx emphasized the craft of acting and how today's world should look beyond race as a boundary. Garfield jokingly added that in his next project, he will play Dr. Martin Luther King, Jr. 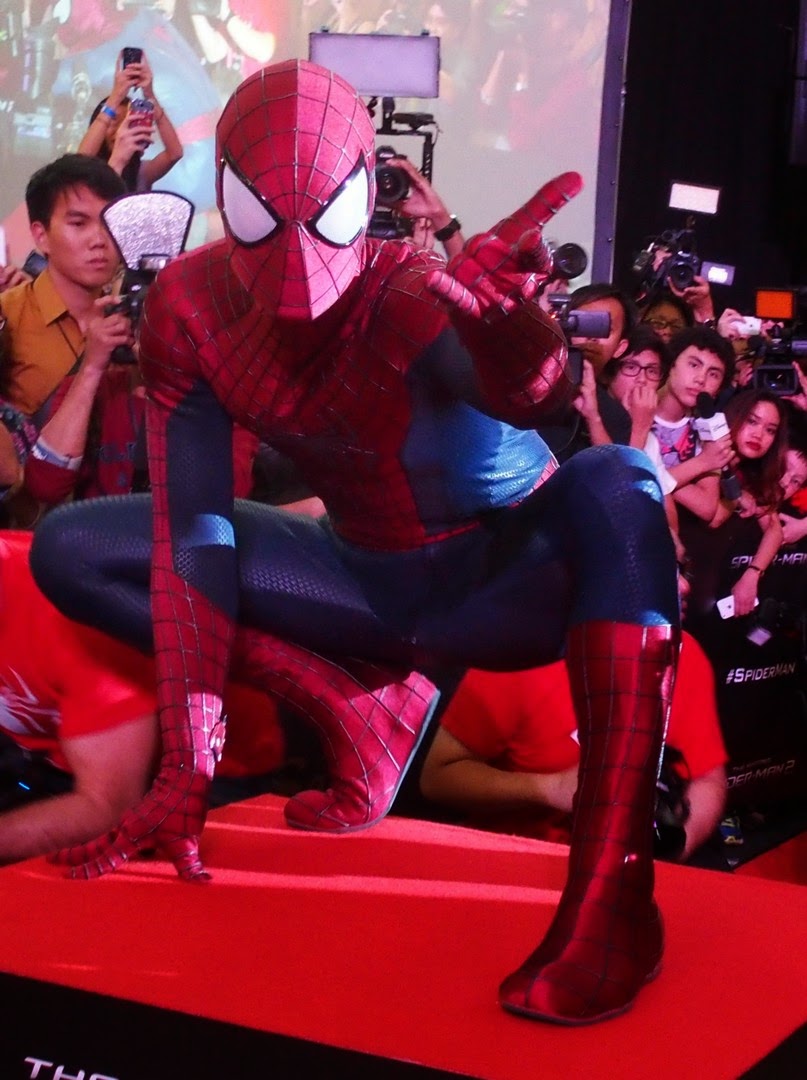 F***'s coverage of Spidey's trip to the Lion City will continue, so stay tuned. Enjoy a bunch of photos from the red carpet and the press conference (showcasing many adorable Emma Stone expressions) below! 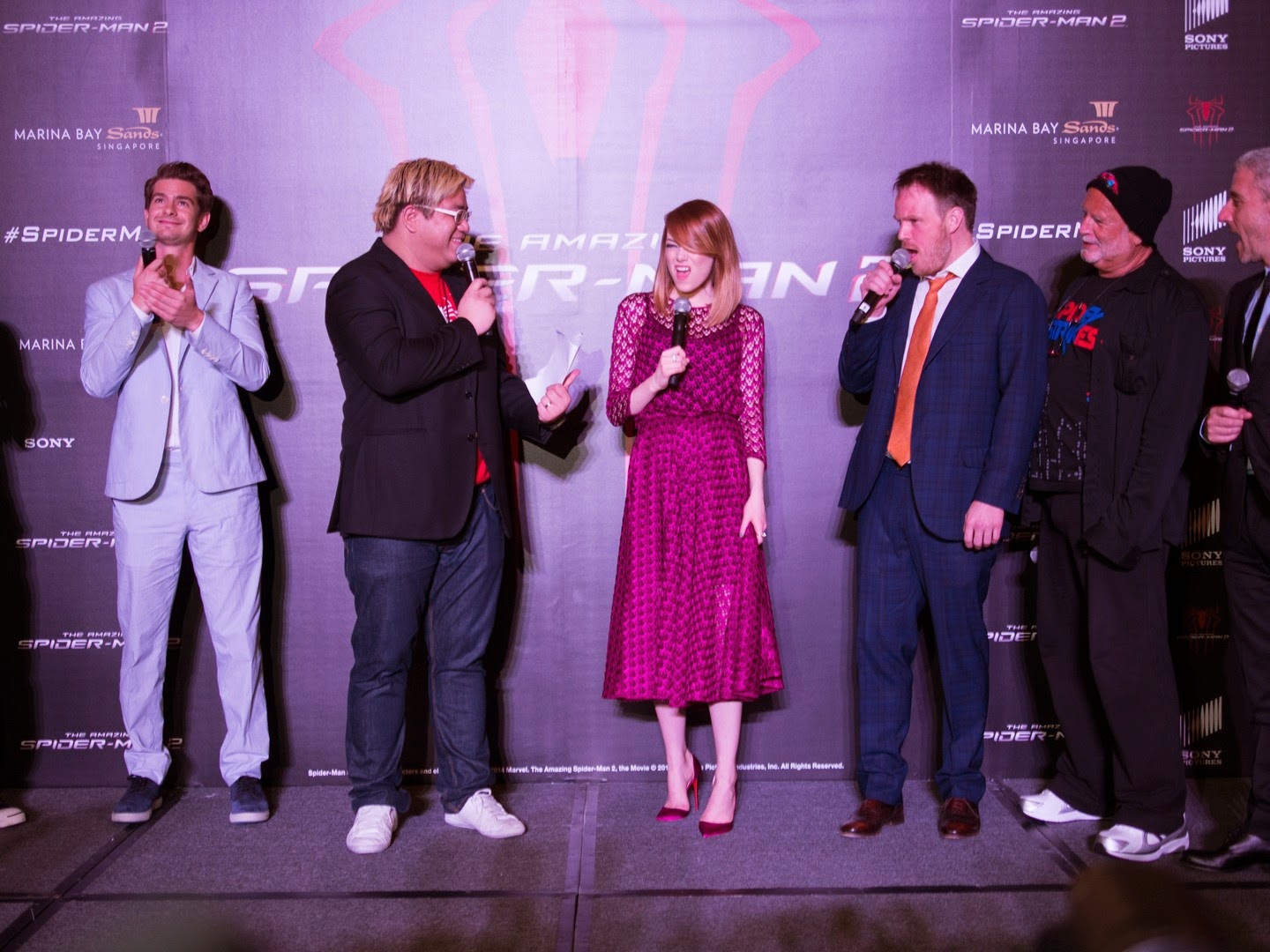 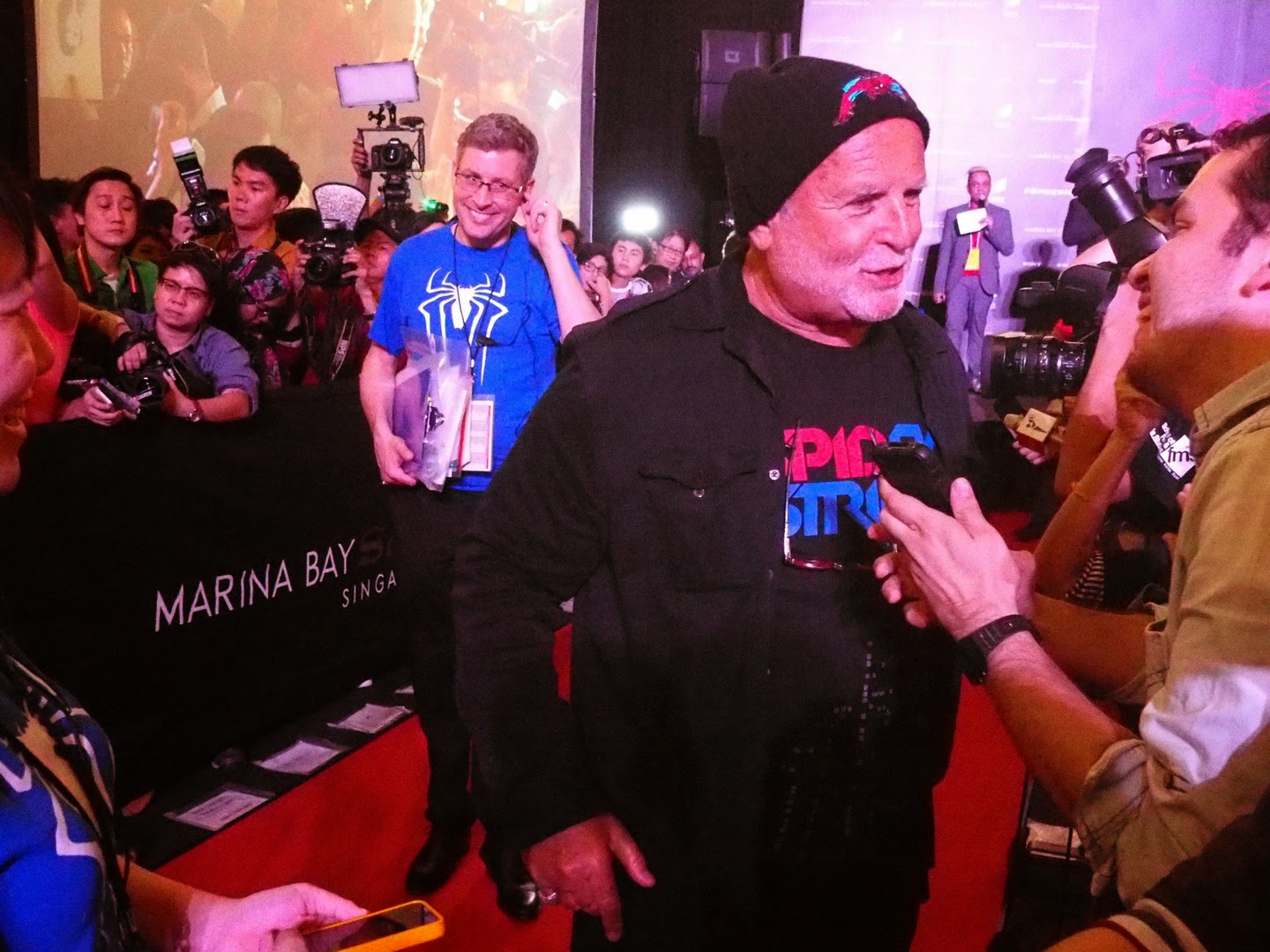 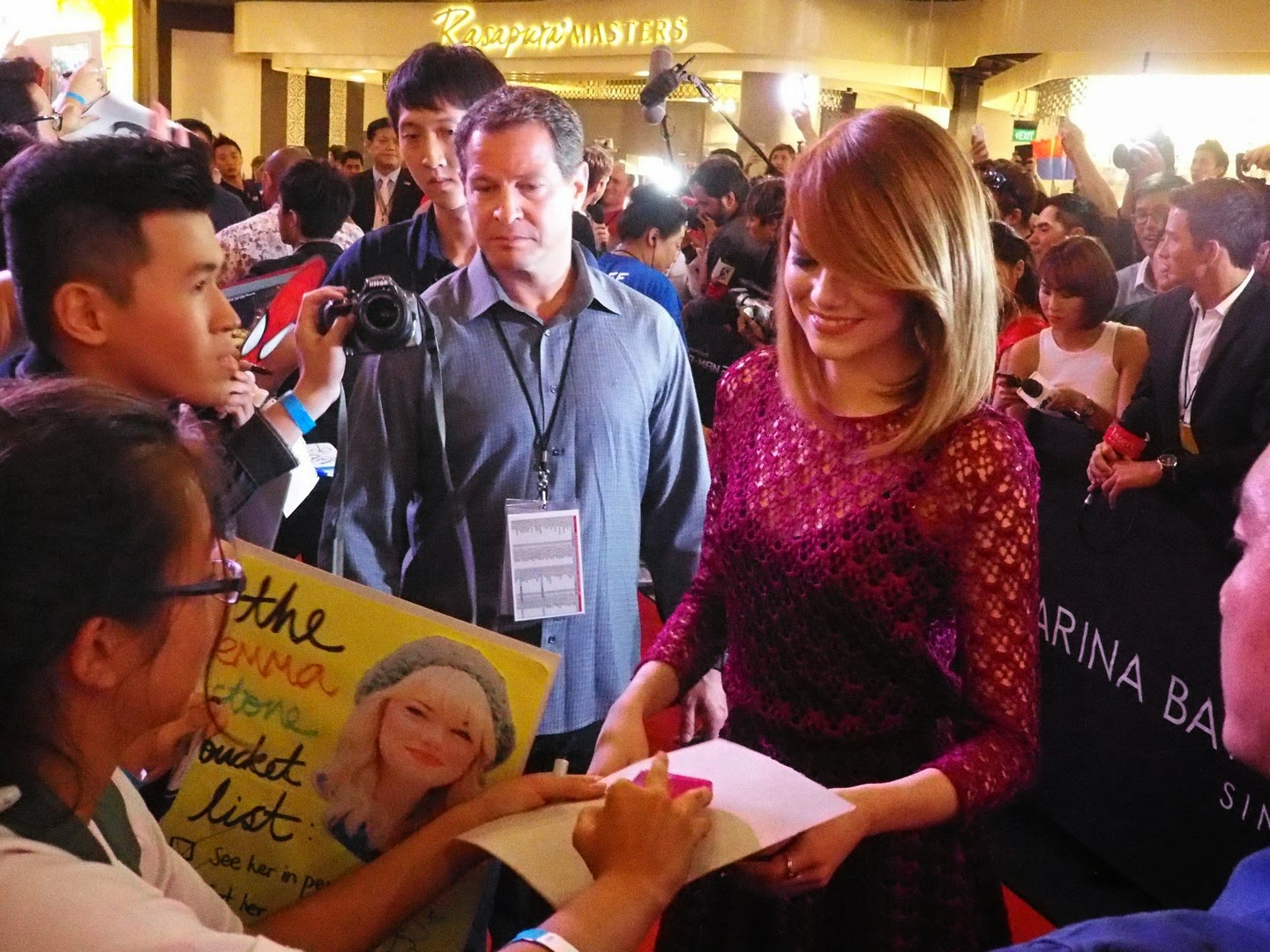 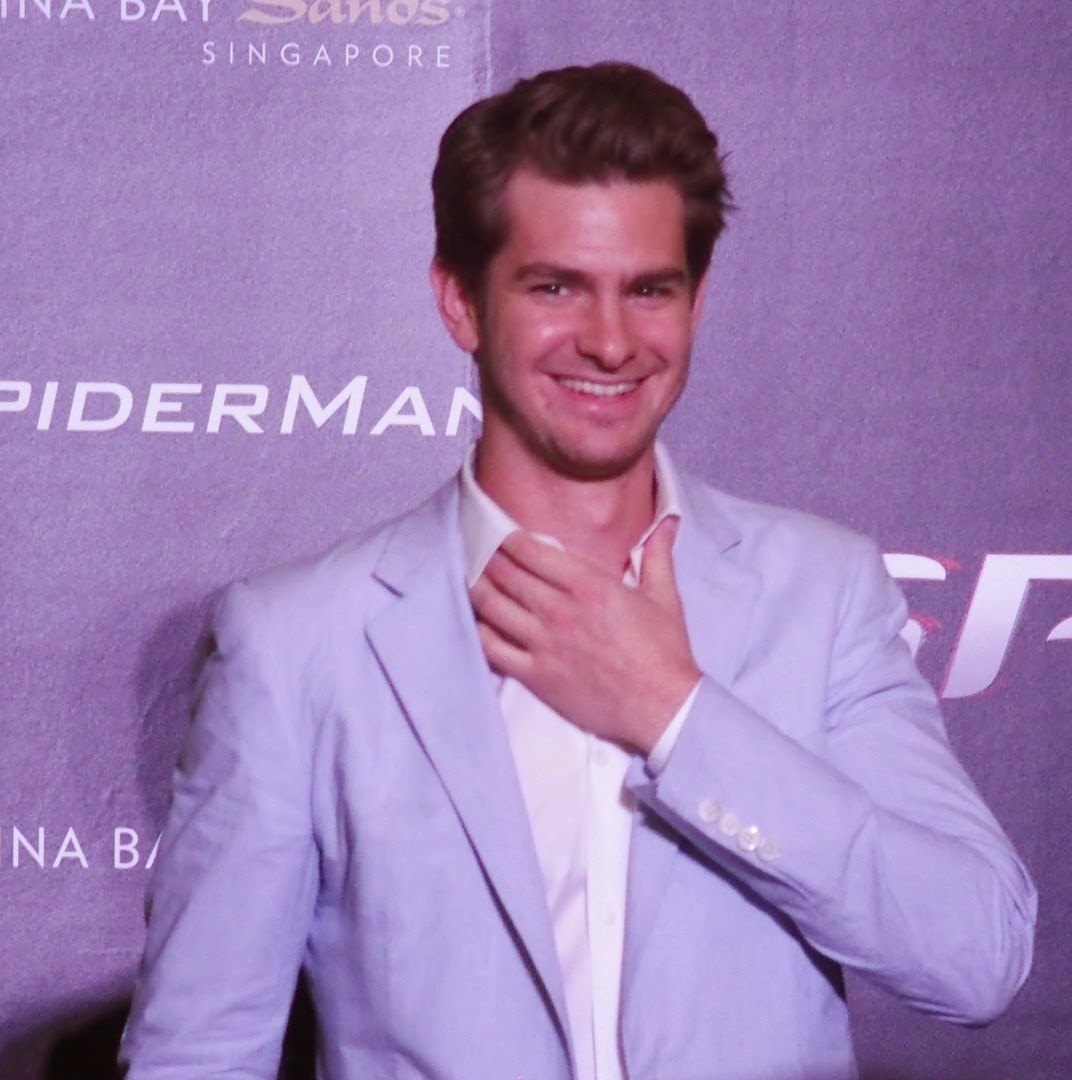 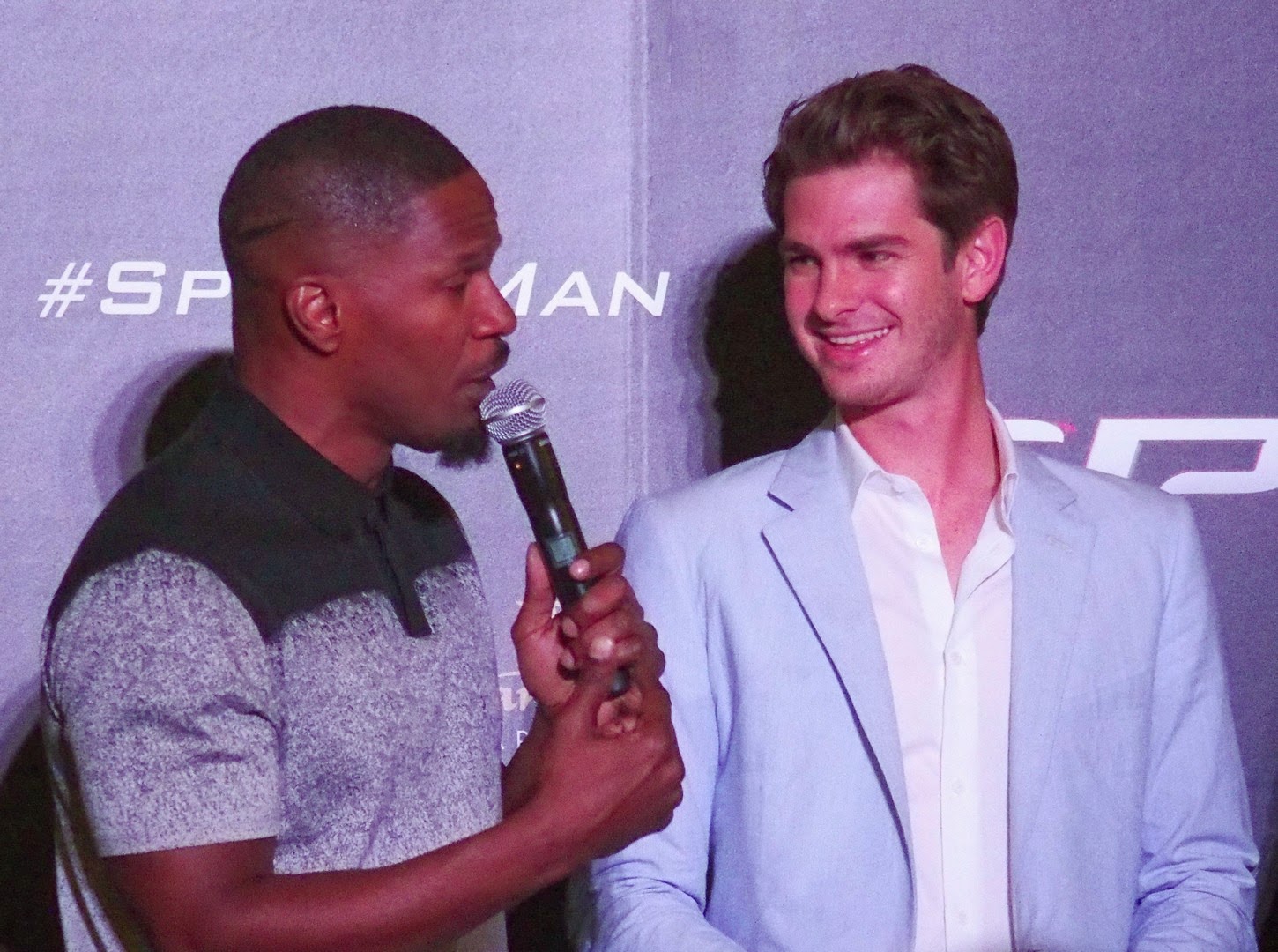 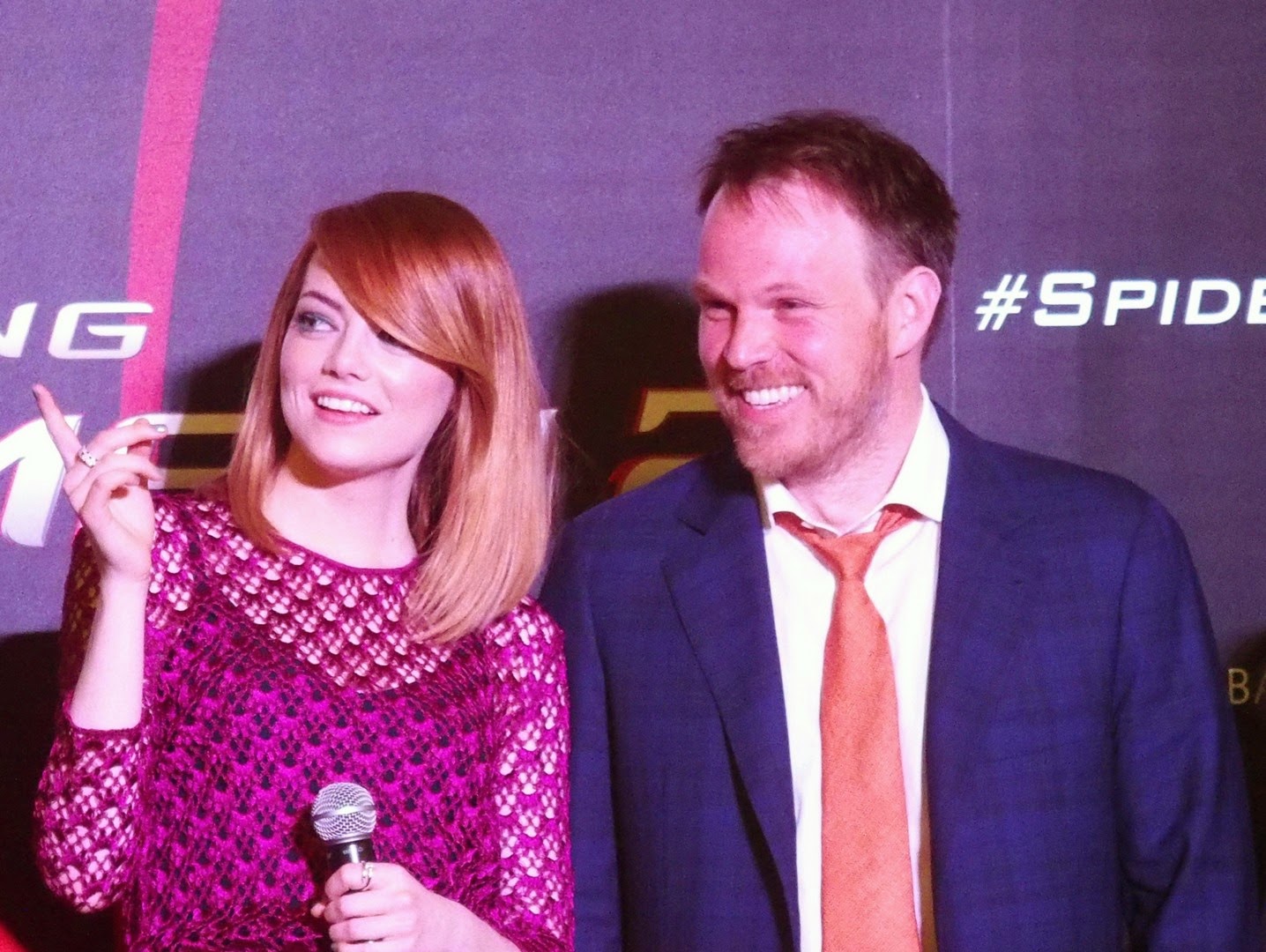 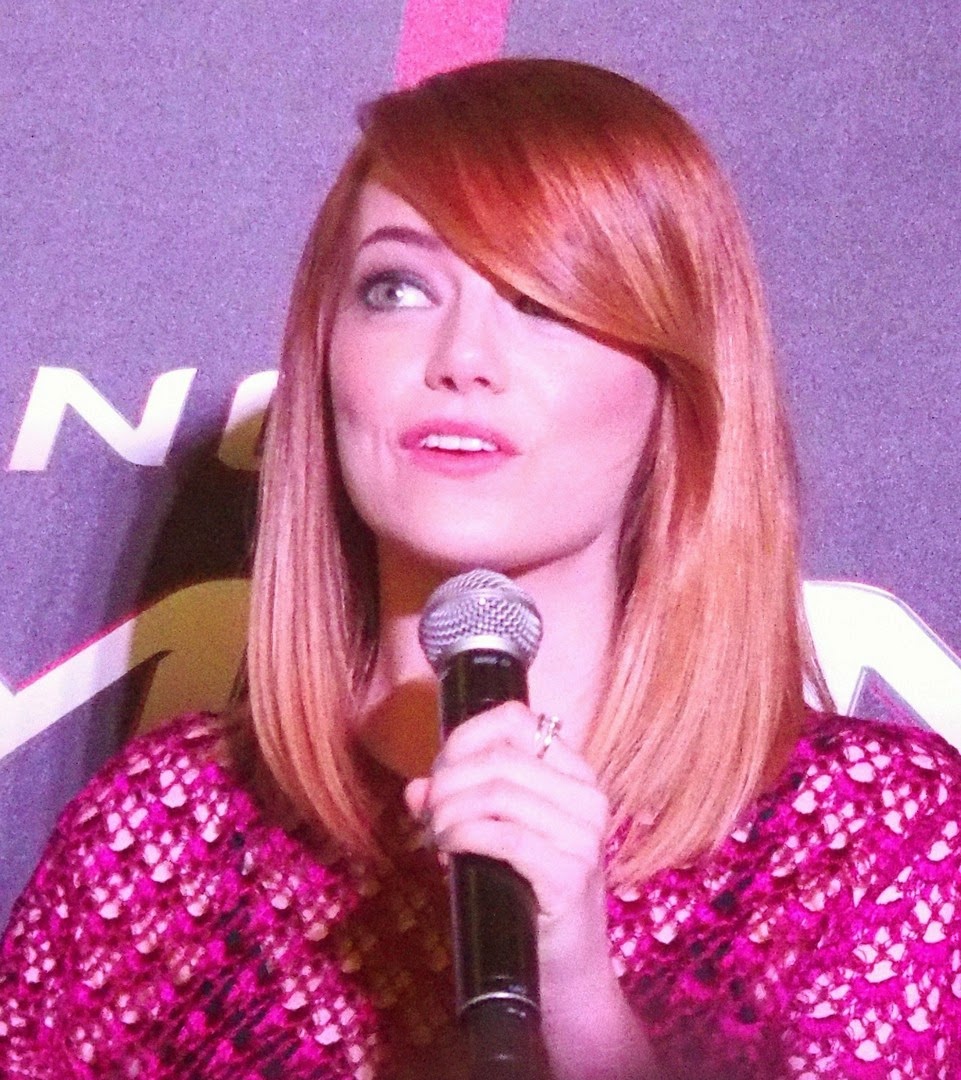 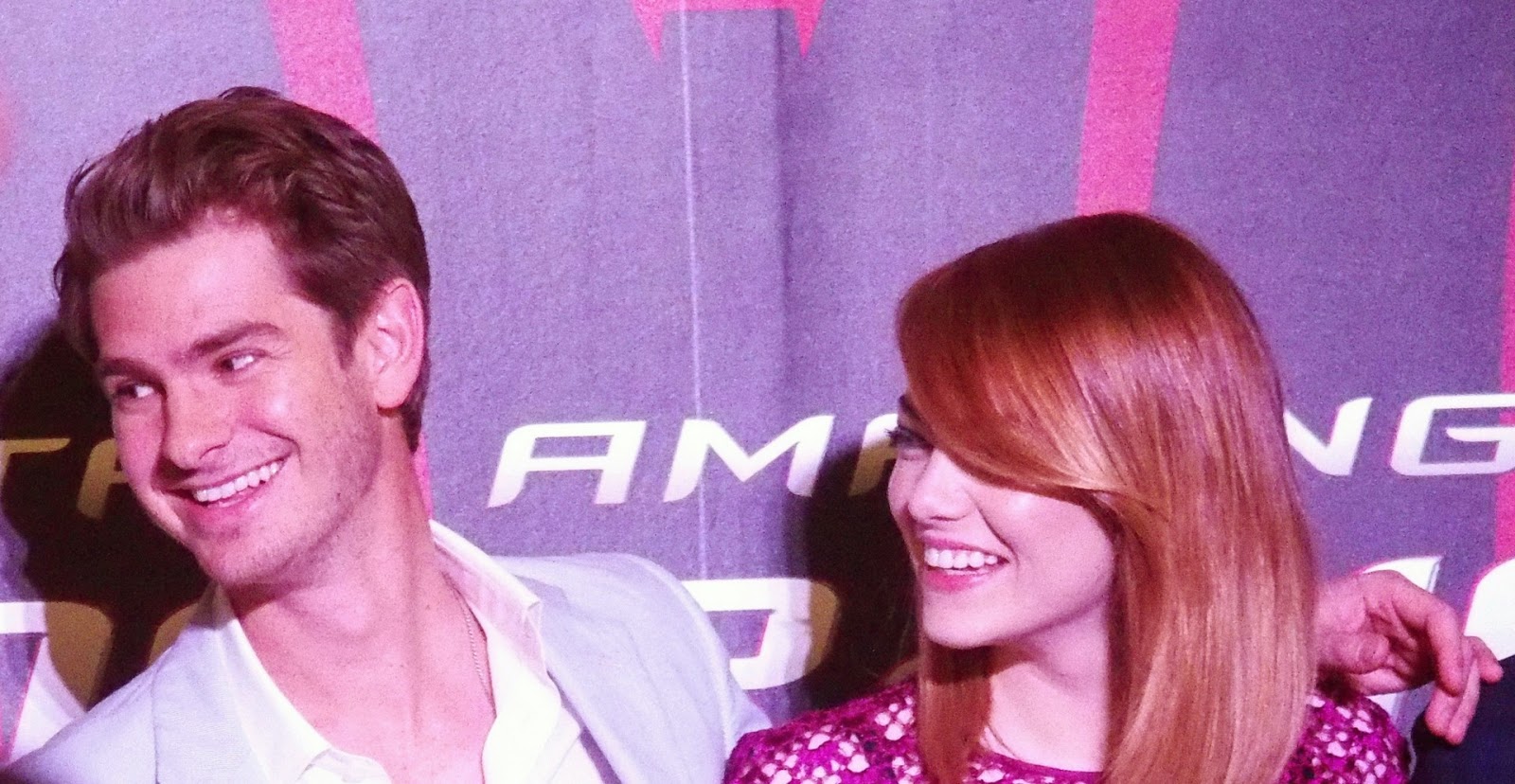 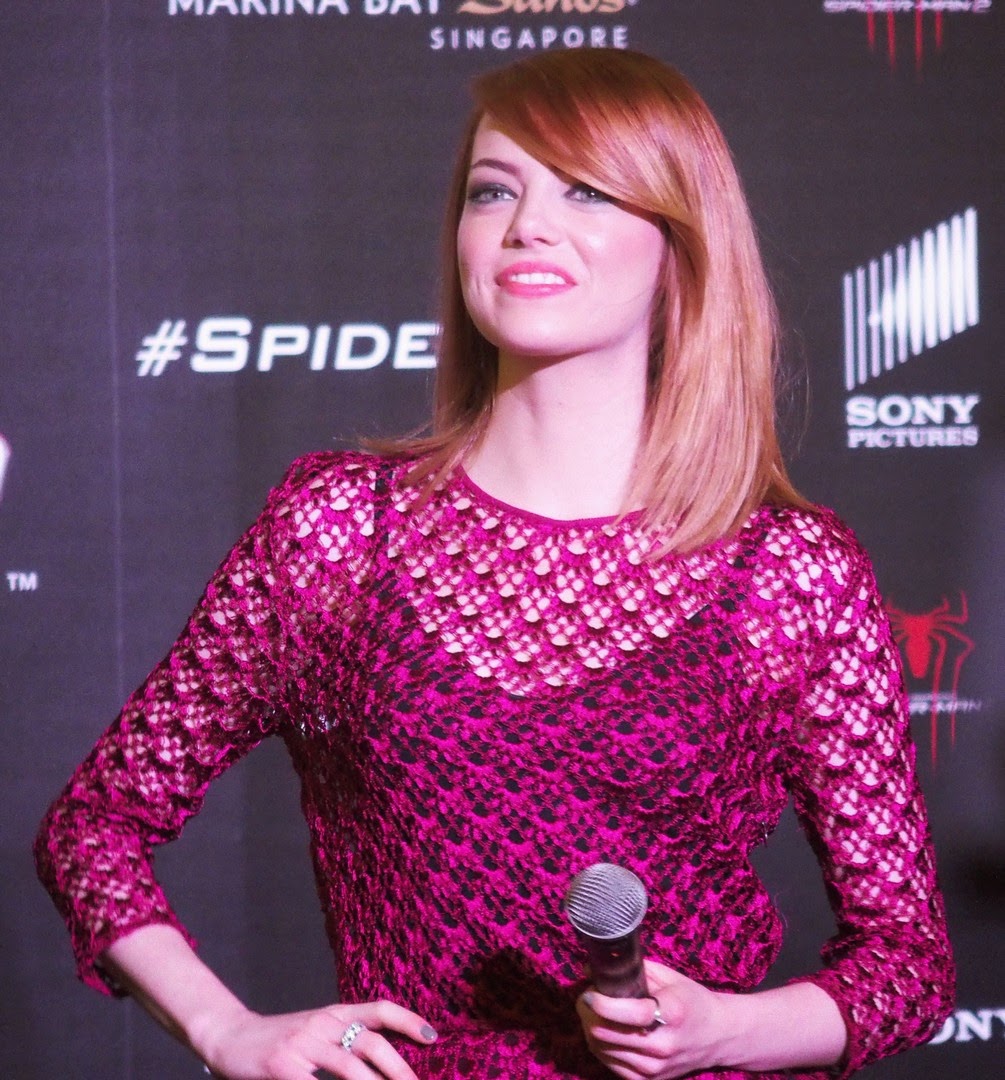 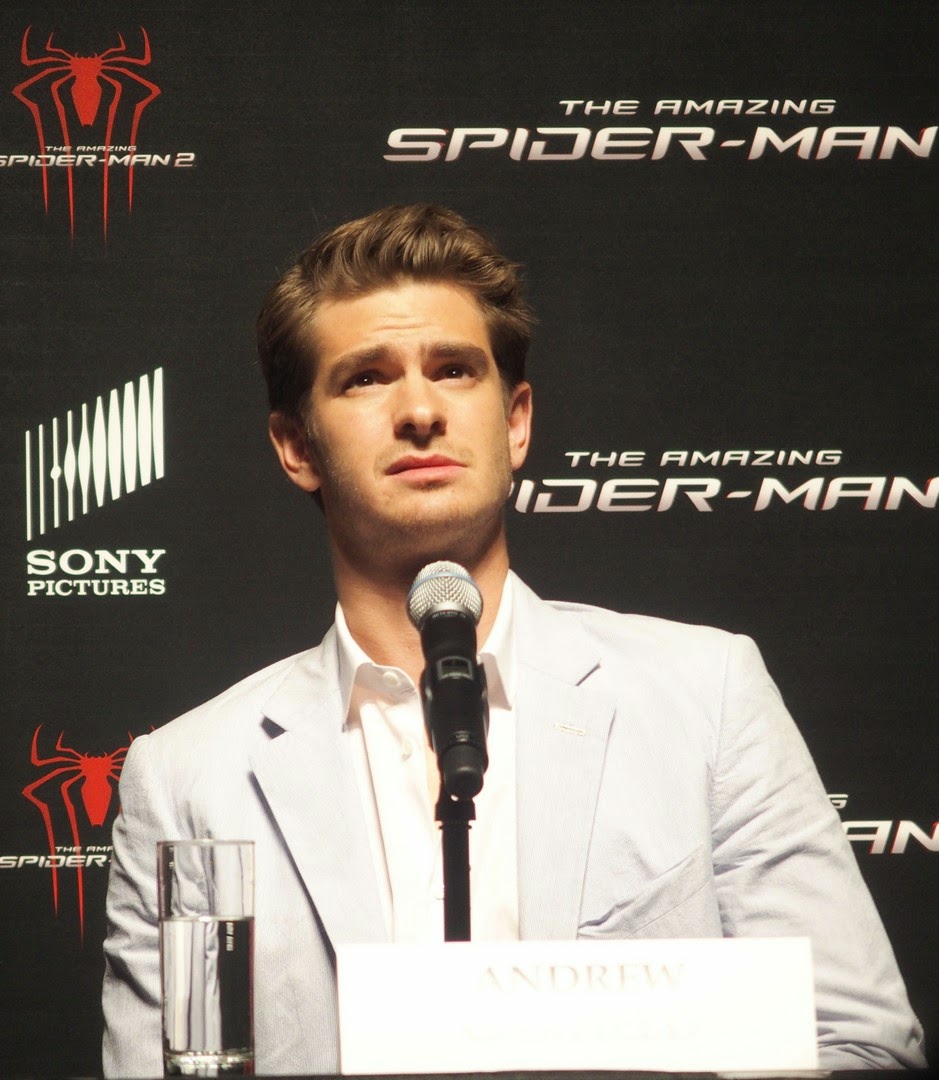 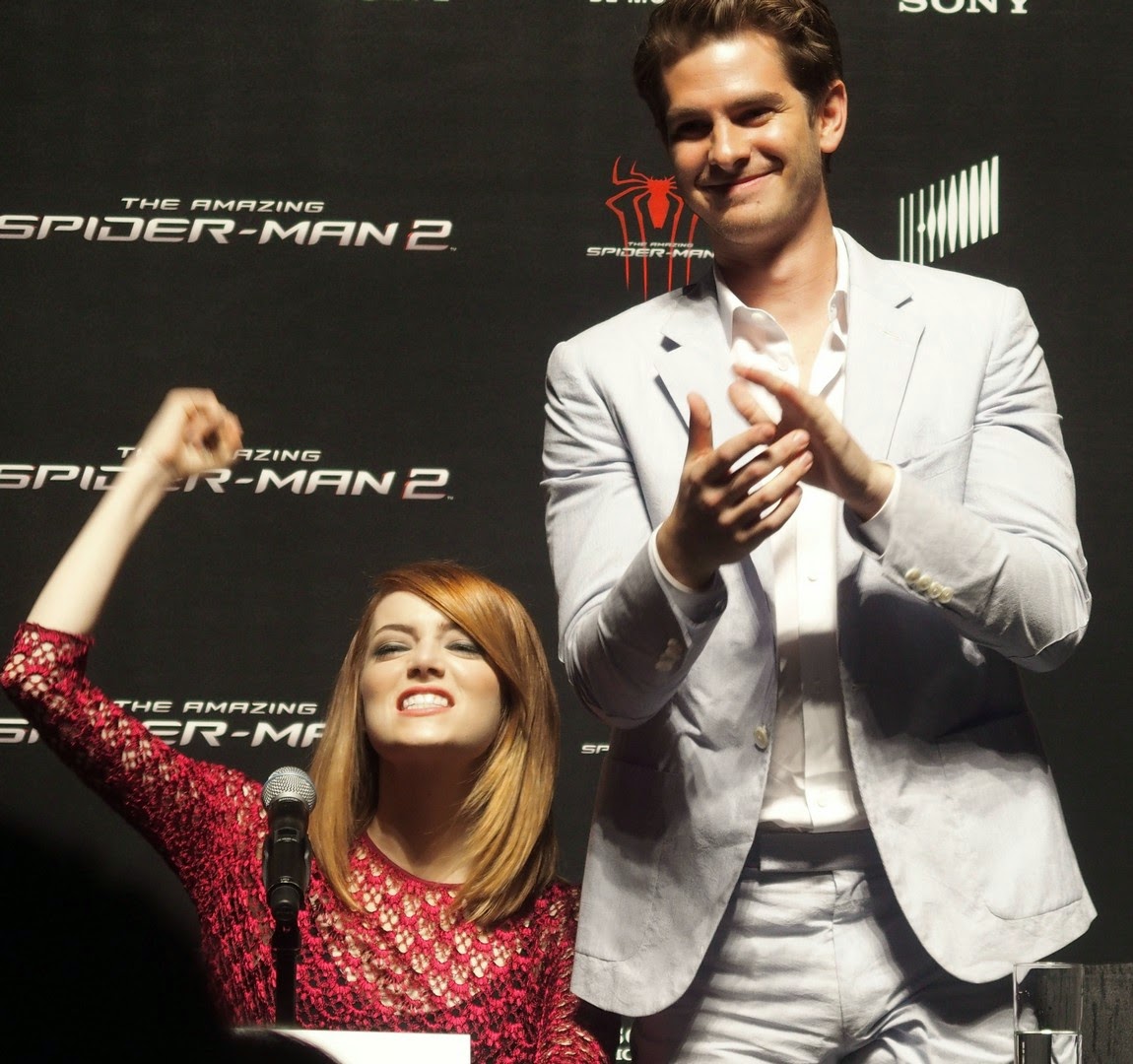 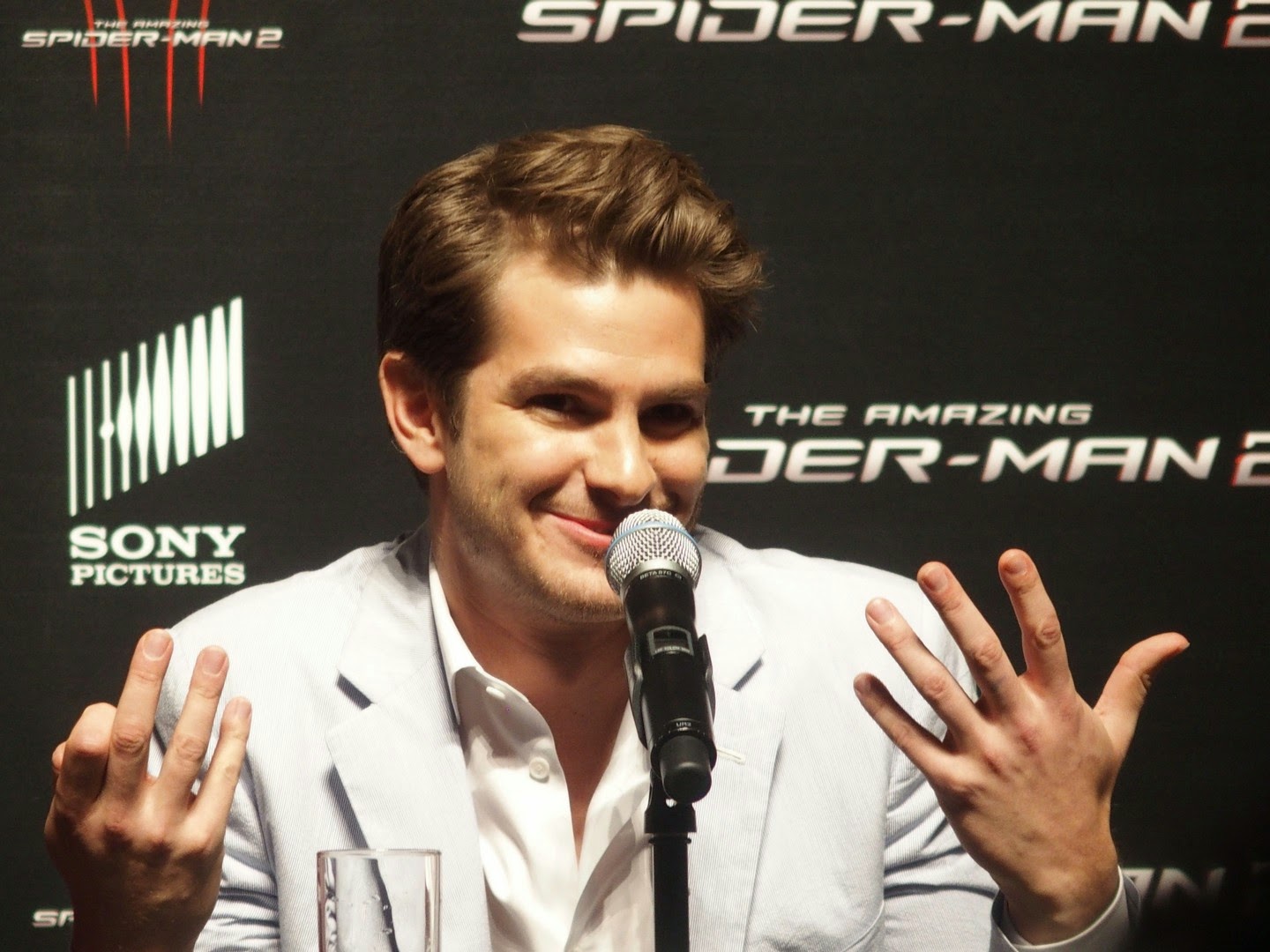 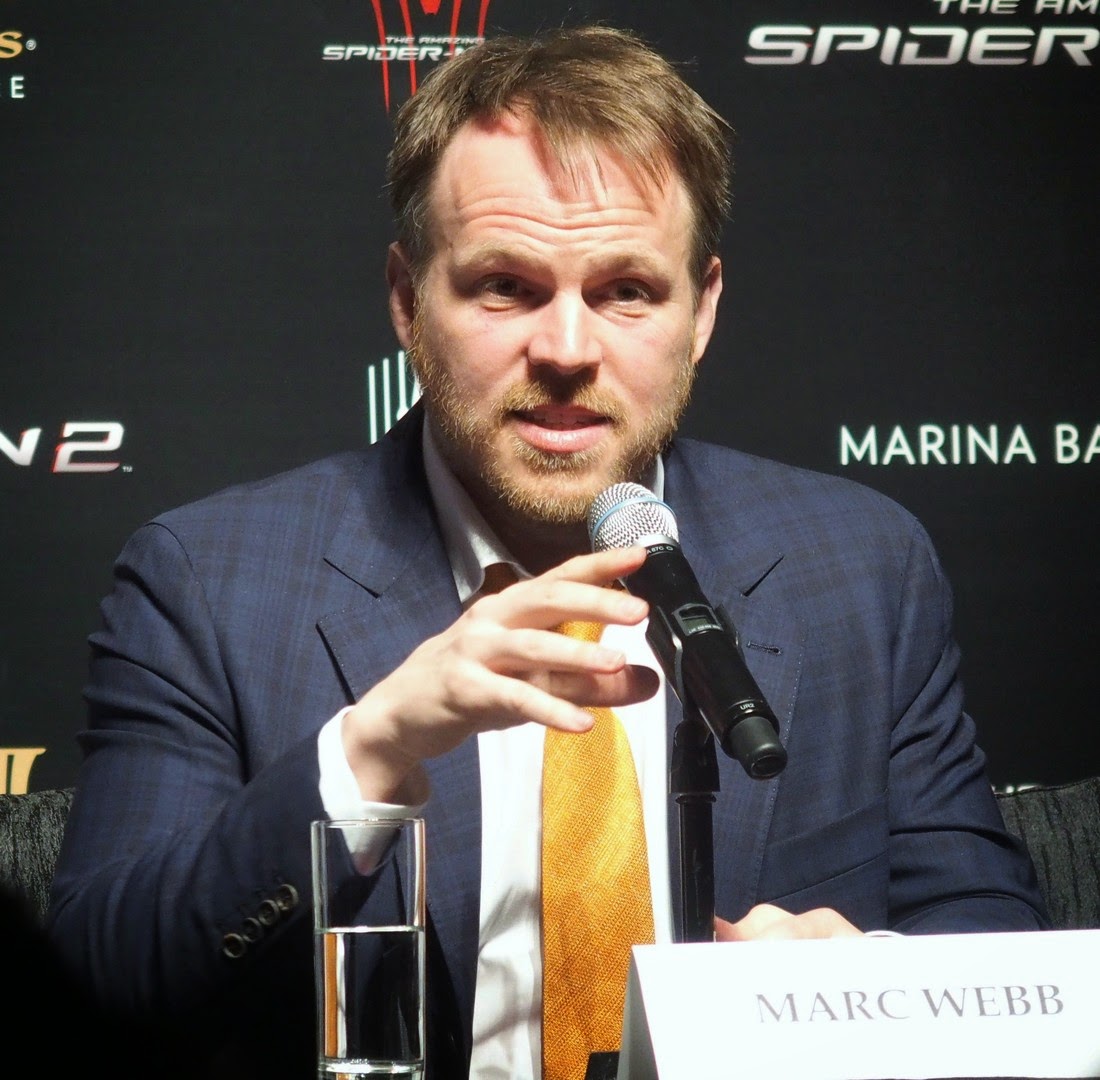 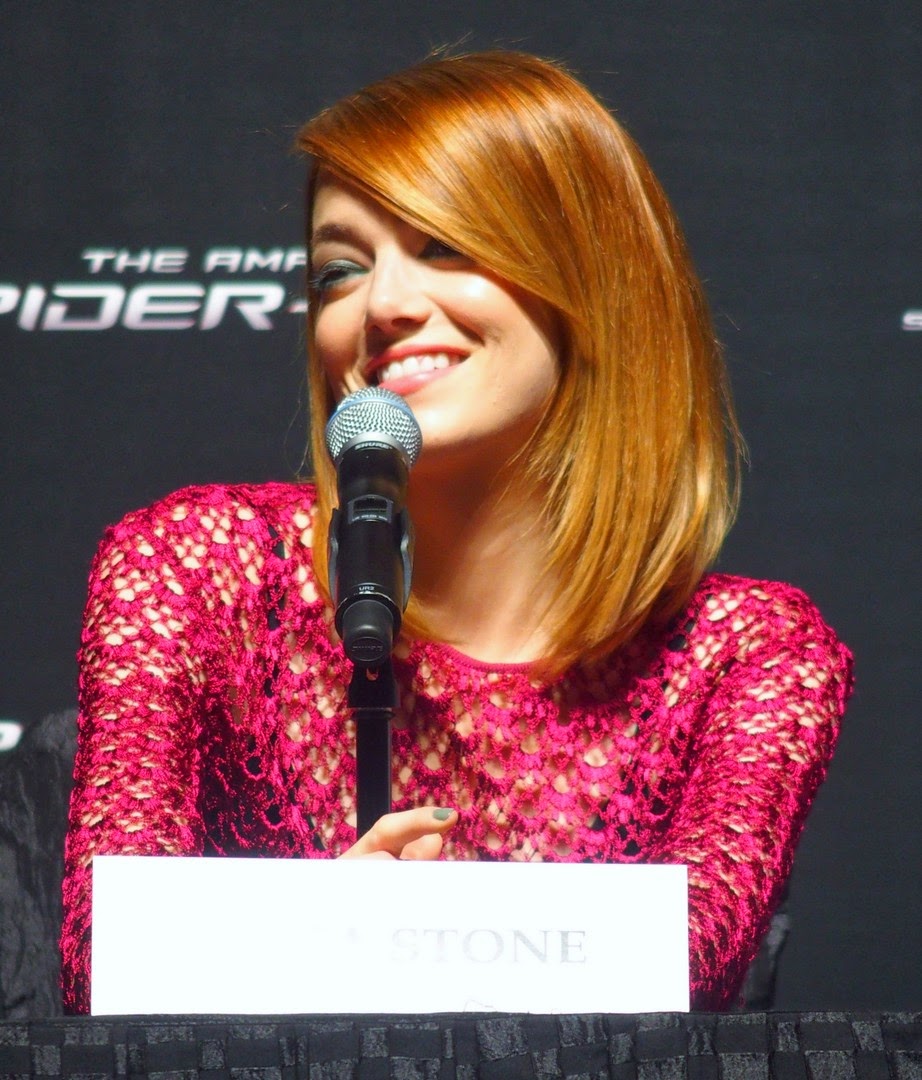 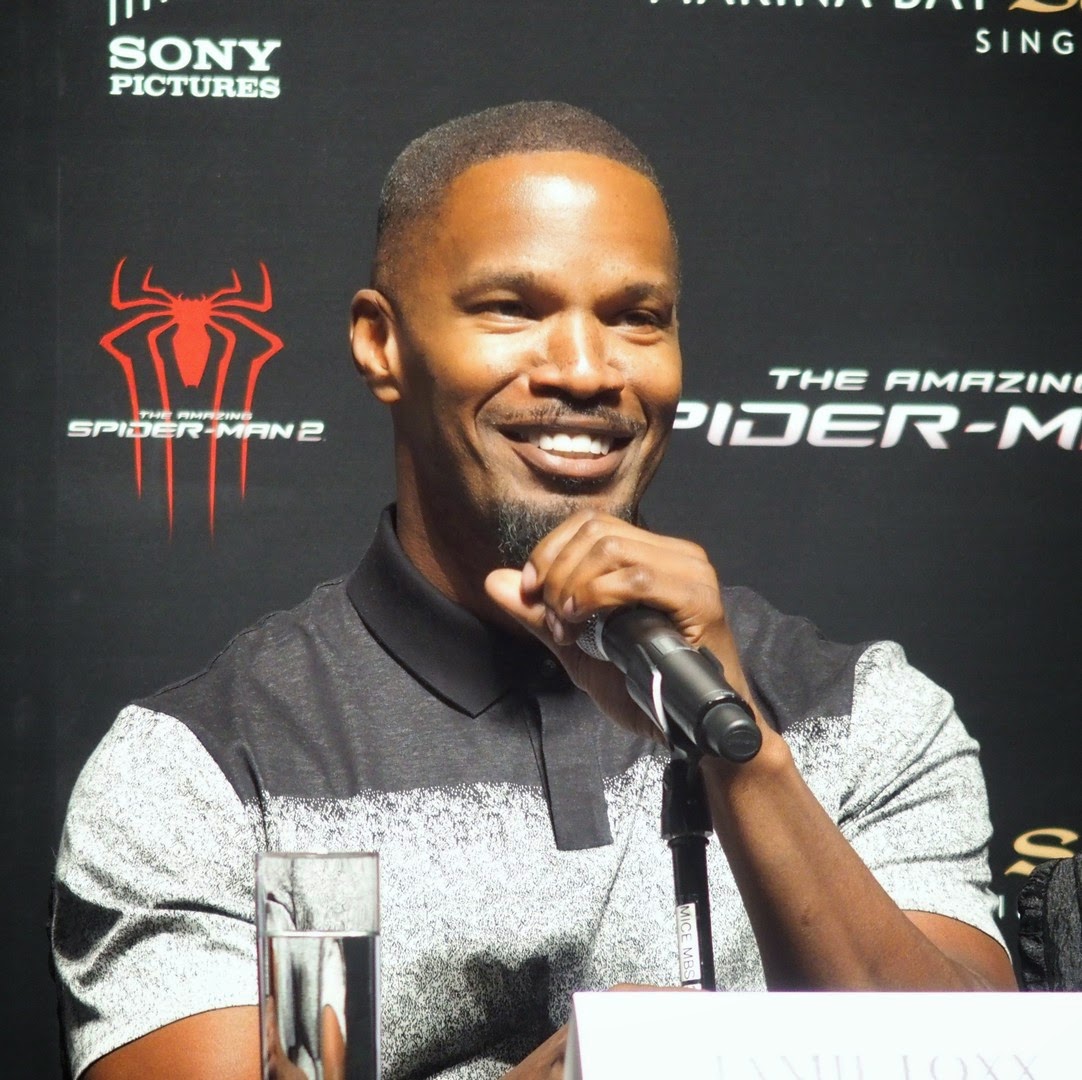 Shout-out to my brother Tedd, who was the photographer for the day. Off to do some heavy-duty interview transcription and will be headed to the Floating Platform tonight!