In 1994, racing game The Need for Speed was released on the 3DO console (remember that?). 20 years and 19 additional games later, this film adaptation starring Aaron Paul as Tobey Marshall roars onto the screen. A mechanic from Mount Kisco, New York, Tobey is a gifted driver who takes on Dino Brewster (Cooper), a wealthy car upgrades entrepreneur, in an illegal street race. Dino sets Tobey up for a crime he didn’t commit, and two years later, Tobey leaves prison to settle the score. Alongside specialty car dealer Julia Maddon (Poots), Tobey drives cross-country from New York to California for a showdown with Dino, organised by underground racing host Monarch (Keaton). Backing Tobey up are his long-time friends, including mechanics Finn (Malek), Joe (Rodríguez) and eye-in-the-sky pilot Benny (Mescudi).

Video game adaptations are always something of a gamble and this film does what it says on the tin: depict really cool cars going really fast. The plot is formulaic and predictable and there are as many moments of melodrama as there are of awkward comedy. We also get several cringe-worthy lines of dialogue and at 130 minutes, this is a touch too long. However, the film is shot beautifully and cinematographer Shane Hurlbut treats us to some pretty breathtaking vistas of canyons, salt flats and coastal highways as our characters traverse the United States. The cars also have heads-up displays (HUDs) at the bottom of the windshields emulating the game and the motion graphics do feel like a menu screen. 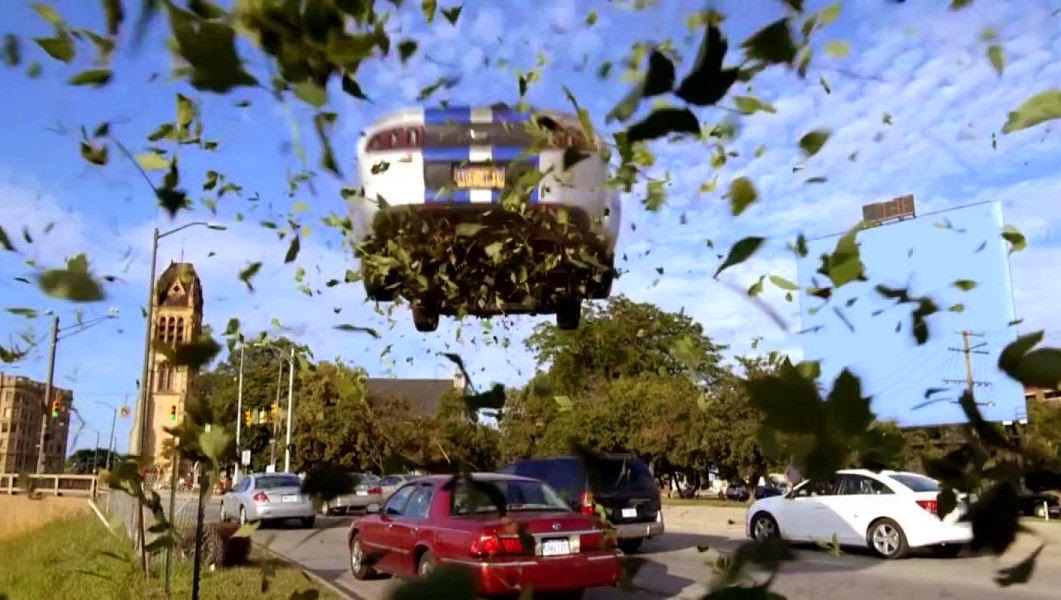 What counts here are the racing sequences, and those are pulled off pretty darn well. What’s very welcome about these scenes is that they do feel like real cars driving along real roads, there isn’t any distracting digital fakery and the actors don’t look like they were all filmed against green screens. The stunts aren’t really anything an action movie junkie wouldn’t have seen multiple times before but the special effects crew and the army of stunt drivers deserve credit all the same. Something that seems a little off are the cutaways to what seem like GoPro camera shots mounted on the cars for “crash point of view” moments, not unlike those quick POV shots in The Hobbit: The Desolation of Smaug during the “dwarves in a barrel” scene. While some might find it adds authenticity to the moment of impact, others will find the sudden change in image quality jarring.

Following his acclaimed, entertaining turn as Jesse Pinkman in Breaking Bad, Aaron Paul is destined to be a big screen A-lister. Need for Speed won’t necessarily be the movie to turn him into that A-lister overnight, but it shows his potential. Tobey Marshall could have easily come off as smug and over-confident, but Paul doesn’t overplay the “tough guy” aspect and does look at home behind the wheel. Imogen Poots is sweet and entertaining, and a conscious effort is made to not side-line her character even if the writing falls back on that “oh, the girl actually knows about cars!” cliché. Dominic Cooper is a believable bratty rich guy, even if there are no dimensions to his villainous character, and Michael Keaton hams it way up as the reclusive race organiser/commentator (he never physically interacts with the other characters and it looks like all his scenes were shot in a day). The comic relief sidekicks do wear on the nerves, Scott “Kid Cudi” Mescudi frequently annoying and Rami Malek forced to go the full Monty in a sophomoric gag. However, there is a kind of “aww shucks” quality to the friendship and camaraderie between Tobey and his “homies” after all. 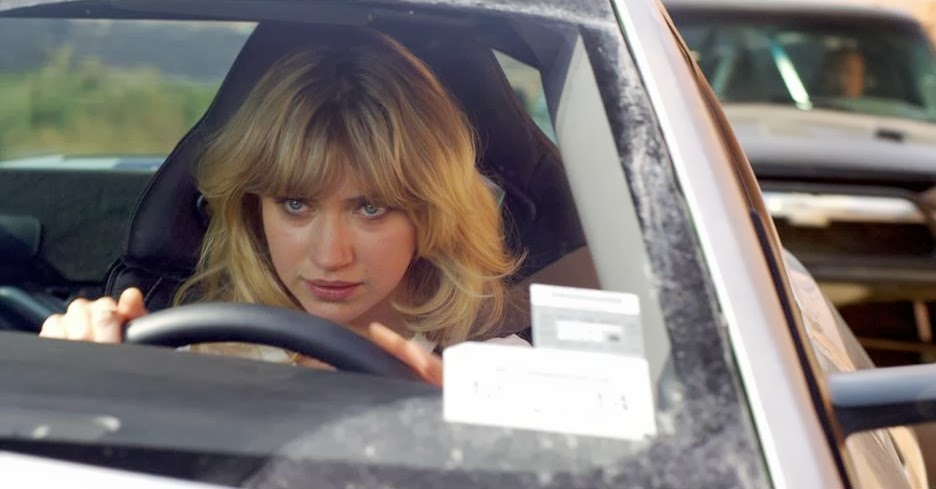 Scott Waugh does a solid job of helming the flick and the former stuntman even rigged himself onto the landing skid of a helicopter to film Mescudi actually at the controls. However, there are several indulgent touches, like Bullitt playing on a drive-in theatre screen and a DVD of the director’s last movie Act of Valour prominently visible on a convenience store rack. Look out for the American Graffiti homage as well. Since Need for Speed is focused on the racing more than anything else, it doesn’t have the over-the-top physics mangling thrills of the likes of Fast & Furious 6, but petrolheads will come away delighted. This reviewer couldn’t bring himself to hate the film in spite of its frequent silliness because it’s got good leads, it’s gorgeously photographed and the races feel like they were photographed with actual automobiles.

Summary: We realise such things as “plot” and “character development” aren’t at the forefront when anyone goes to see Need for Speed, and on the basis of its car chases, this is worth checking out.