Revered Japanese animator Hayao Miyazaki’s latest film, The Wind Rises, has long been anticipated by the legions of admirers he has deservedly earned over his storied career. This addition to a filmography consisting of fantastical adventures is something different, an animated (and fictionalised) biopic of sorts. The film’s subject is Dr. Jiro Horikoshi, aviation engineer and designer of World War II-era Japanese fighter planes, including the infamous Mitsubishi A6M Zero. 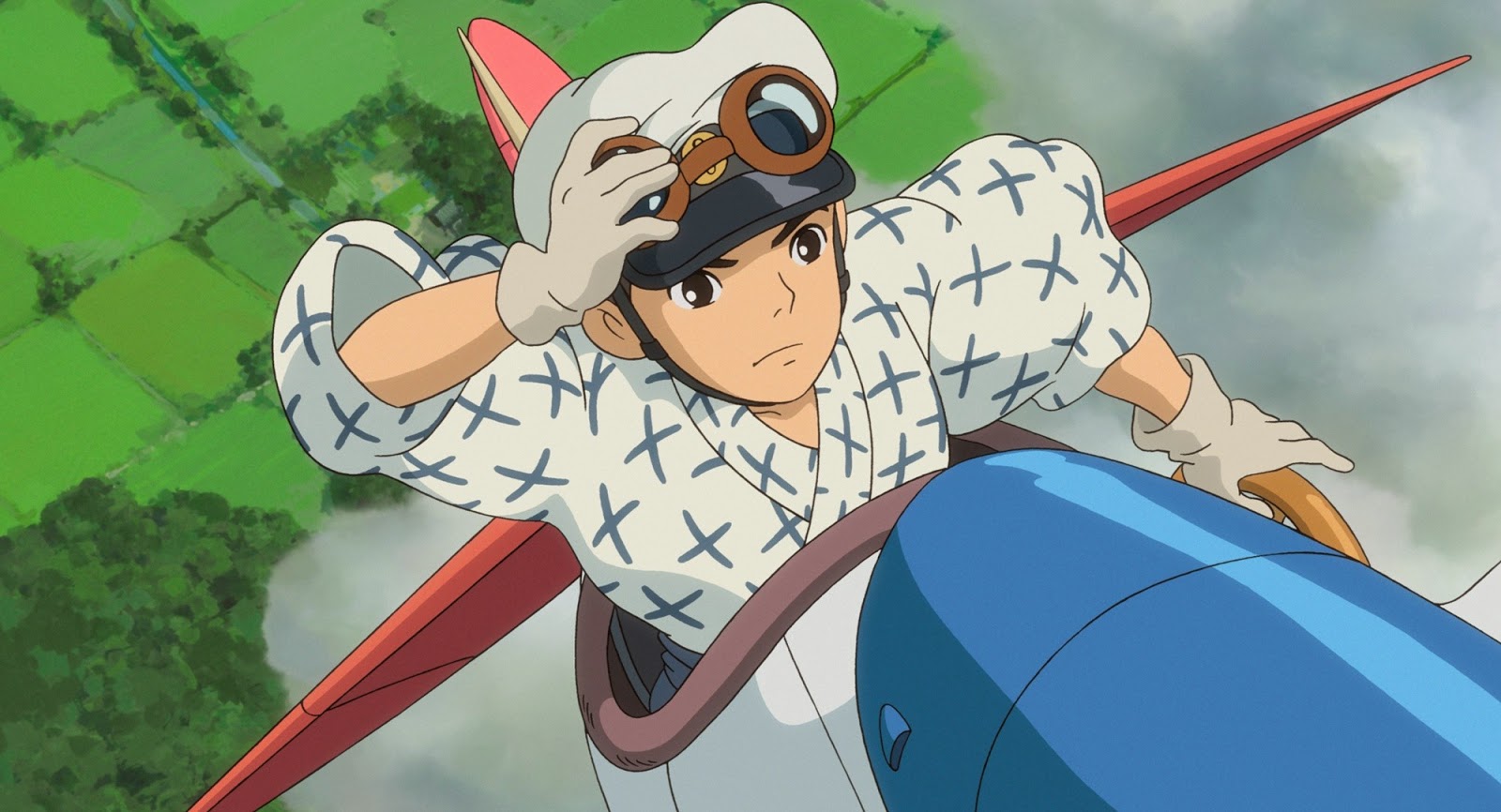 Jiro (Anno) is an idealistic dreamer, harbouring a fascination with aviation he has had since childhood. Chief among his inspirations is Italian plane designer Giovanni Caproni (Mansai); Jiro often has dreams in which he meets his idol. Years later, while travelling home from university on the train, Jiro meets Naoko Satomi (Takimoto) and rescues her maid from the train when they get caught in the Great Kanto Earthquake of 1923. He embarks on his dream career of designing planes, becoming close friends with his colleague Honjo (Nishijima) and eventually running into Naoko again, pursuing a romance with her. Jiro continues to cling to his boyhood passion for airplanes, but as the vision of Caproni has told him, “the dream is cursed”, his creations destined to become tools of slaughter and destruction.

The Wind Rises has been billed as Miyazaki’s last bow, and though he has apparently “retired” six times, the 73-year-old has assured fans that he is quite serious this time. If The Wind Rises really is the last Miyazaki-directed animated feature, it makes for an even more bittersweet viewing experience than it already is. It is a given that the film is gorgeous to behold, from the watercolour backgrounds to visuals of airplane wings warping and buckling, from engines huffing and puffing like beasts of burden to the inevitable vistas of planes soaring triumphantly through the sky, some of the finest visual representations of man’s ancient dream of flight yet. All this is supplemented by a capable voice cast and a typically gorgeous musical score by oft-collaborator Joe Hisaishi. We saw the original Japanese version, though the American dub voice cast (including names such as Joseph Gordon-Levitt, Emily Blunt, Stanley Tucci and Werner Herzog) does hold our curiosity.

The subject of The Wind Rises has understandably attracted a degree of controversy, some accusing Miyazaki of lionising someone who “built killing machines”. Miyazaki makes a point out of establishing Jiro as a kind, idealistic, chivalrous man, who even suggests about the design of a warplane that “If we leave out the guns, we should be okay.” Miyazaki has covered similar ground in his interwar period-set fantasy adventure Porco Rosso, which was also an ode to the joy and wonder of powered flight, but The Wind Rises deals in a weightier subject matter and this has its pros and cons. Miyazaki’s gift lies in capturing fantasy and whimsy imbued with philosophical undertones. The Wind Rises consciously decides to never confront the horrors of war head-on (the Zero itself is not depicted in the film), intent on distancing Jiro Horikoshi’s ostensibly innocent aspirations from the carnage that they ultimately wrought. Miyazaki has said that he has “very complex feelings” about the war and these are not articulated in full here.

Still, Miyazaki has managed an adequate tonal balance, capturing moments such as Jiro noticing the elegant curvature of a mackerel bone during lunch and how that influences his designs. The latter half of the film puts the focus on the romance between Jiro and Naoko, taking on more of a traditional tearjerker feel with some melodramatic instances, but it's still effective in that regard. Other clichés are employed, such as that of the boyhood idol/imaginary friend, a role fulfilled by Caproni as he dispenses chestnuts such as “Inspiration unlocks the future. Technology will catch up.” Taking on a heavier tone than is typical of a Studio Ghibli production, The Wind Rises is still very worth watching, although it does not fully address the thought-provoking questions inherent in Jiro Horikoshi’s life and work.

SUMMARY: The film that may well be Miyazaki’s last is expectedly a visual feast, moving and entrancing even if it is sometimes troubling.