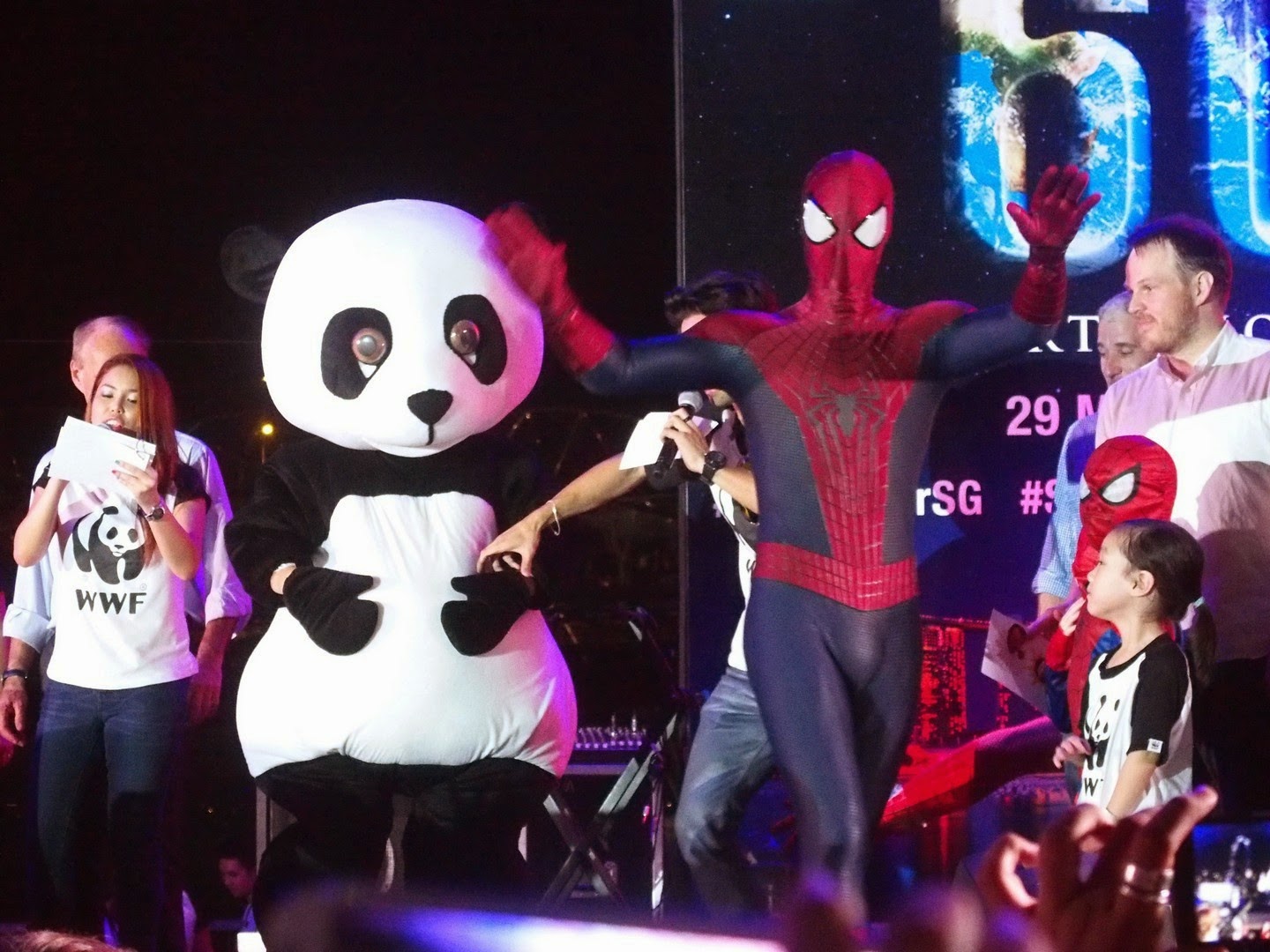 The Spider-Man musical was named Turn off the Dark but on the evening of 29 March, the cast and crew of The Amazing Spider-Man 2 helped turn off the lights on the Singapore skyline. In the culmination of a three-day tour of Singapore, stars Andrew Garfield, Emma Stone and Jamie Foxx as well as director Marc Webb and producers Avi Arad and Matt Tolmach helped commemorate Earth Hour, observed from 8:30 to 9:30 pm. Organised by the World Wide Fund for Nature (WWF) Singapore, this year sees Spider-Man become the first superhero ambassador for the environmental event, a costumed Spidey himself also making an appearance. Radio deejays including Maddy Barber, John Klass, Charmaine Yee and Rich Herrera hosted.

Words and photos by Jedd Jong

“This is cool!” Emma Stone enthused. “It is amazing to be in Singapore, I think we’re all having a really really great time. We’ve been at the food stalls, I went on the Singapore flyer, it’s been pretty special. Thank you for having us and for giving us such a warm welcome.” 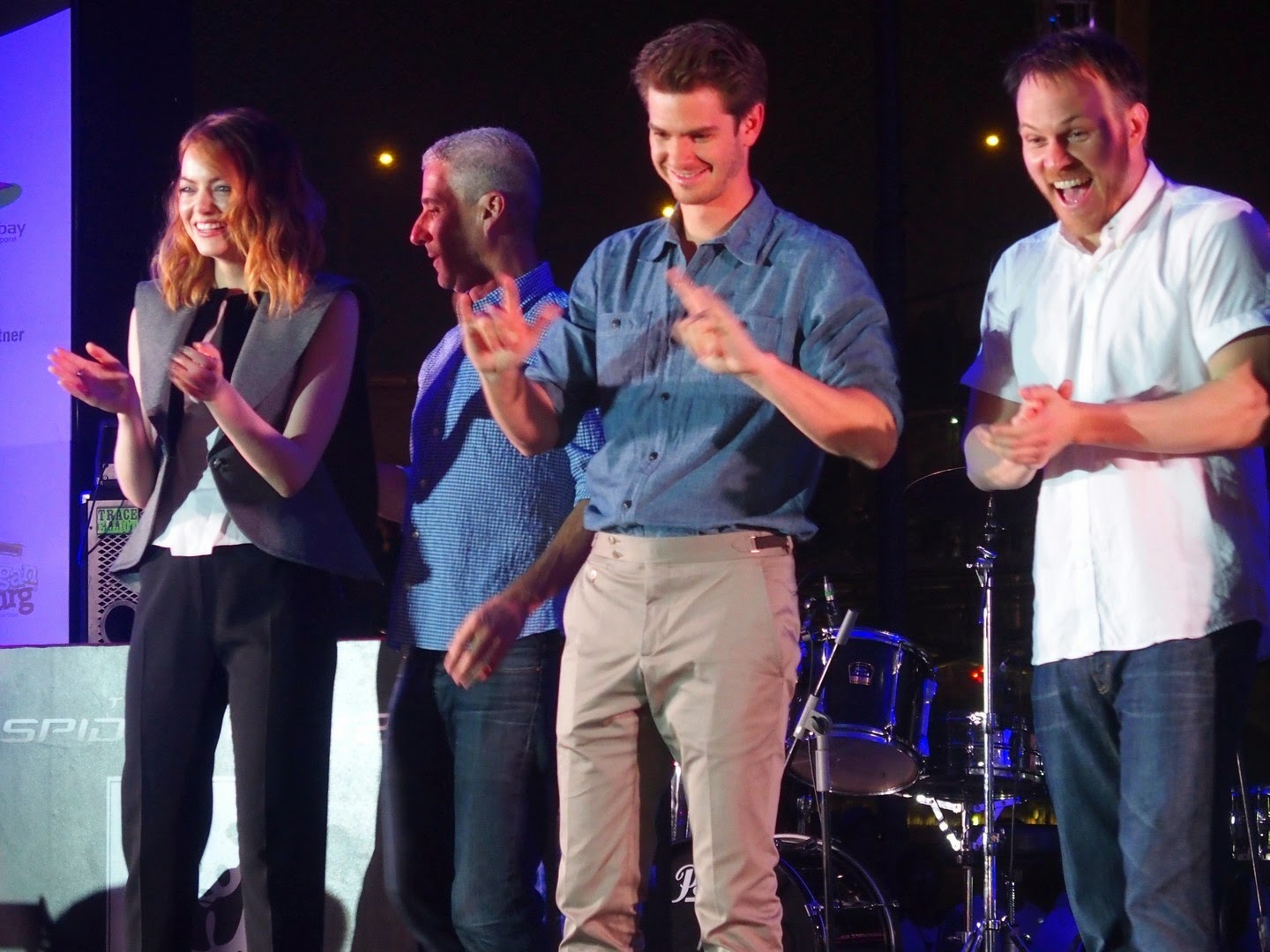 “I think it is a great honour for us,” Marc Webb said on Spider-Man being chosen as superhero ambassador for Earth Hour. “It’s about one person making a difference, it’s about a kid who everybody underestimates who brings change in the world…it’s a great way to start off a global event…it’s a really fantastic opportunity for all of us.” 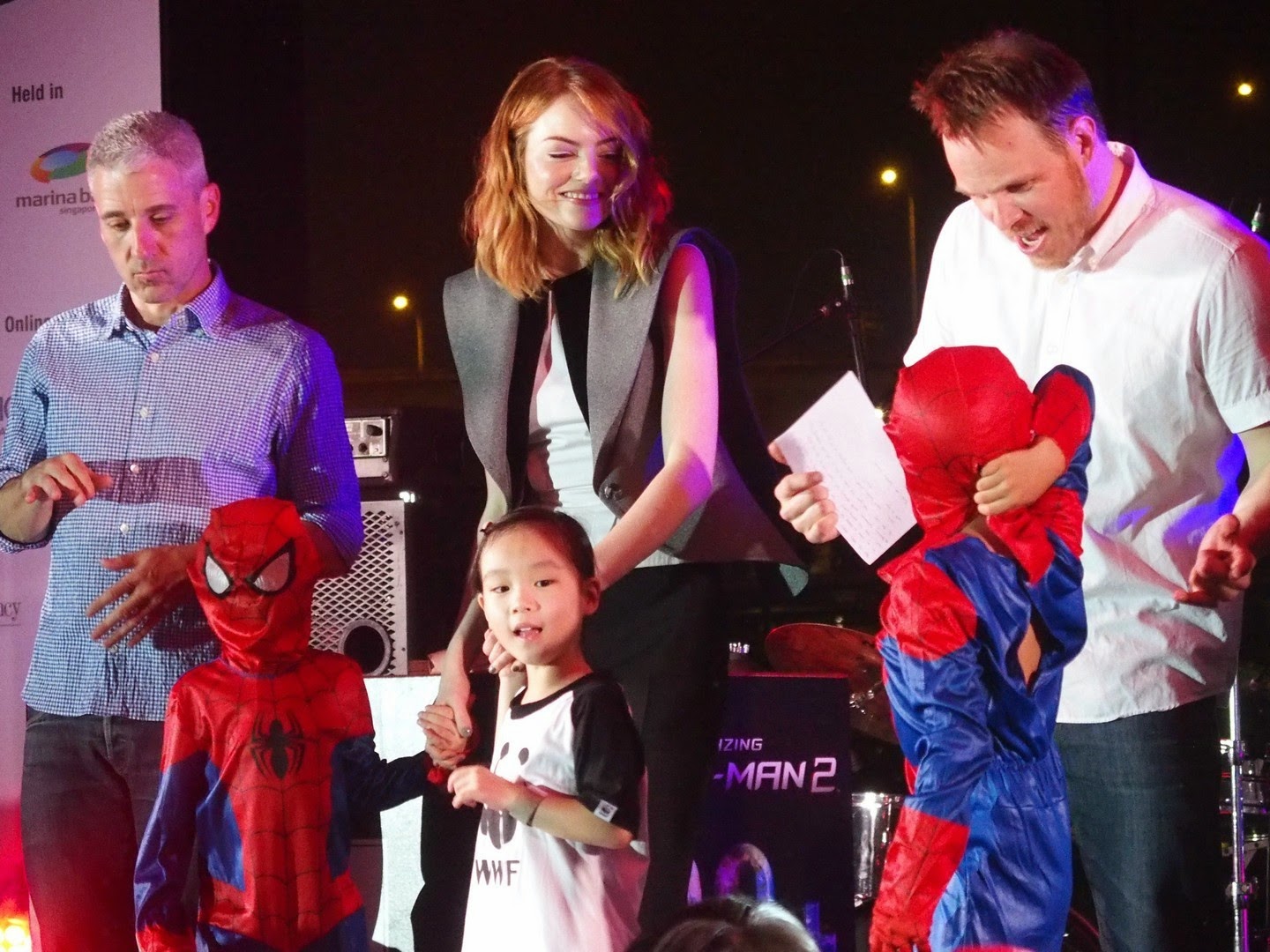 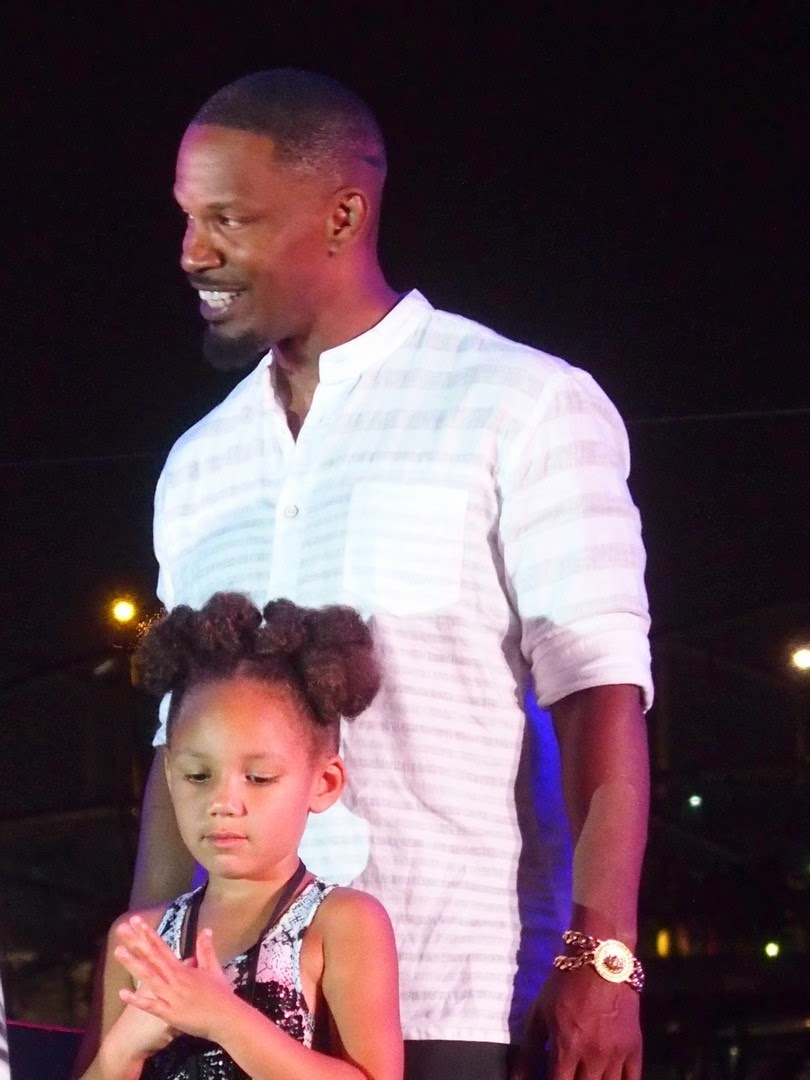 “Wow!” Andrew Garfield exclaimed. “To be here right now with everyone here is steady lah!” Garfield said to wild screams from fans in the audience, using a colloquial exhortation. “Singapore lah is cool lah.” That’s not quite how you do it, but points for trying, Spidey. “We went to the Commonwealth School with Jamie and they were showing how much hard work they were doing with sustainability and to protect the earth…they’re doing really beautiful work and the Commonwealth School are an inspiration to all of us.” Garfield and Foxx made a surprise visit to the school on Friday, much to the delight of its students.

Foxx was accompanied on stage by his five year old daughter Annalise. “We got fans from two years old to 90 years old because of these guys and I’m just happy to be here in Singapore,” he said to more cheers.

Before and after the cast made their appearance, the crowd at the Float was entertained by a myriad of home-grown acts, including Masia One and Inverse Proportions, the Superfly Monkey Dragons parkour troupe, singer Roze Kasmani, the Invincible Cheerleading squad, the LuMen Dancers with their light-up suits, percussion group Samba Masala and soul funk group What Is Hip? The event was also graced by ambassador Burhan Gafoor, Chief Negotiator for Climate Change, Ministry of Foreign Affairs, Elaine Tan, CEO of WWF-Singapore, Andy Ridley, CEO and co-founder of Earth Hour and Dr. Marco Lambertini, Director General of WWF International. 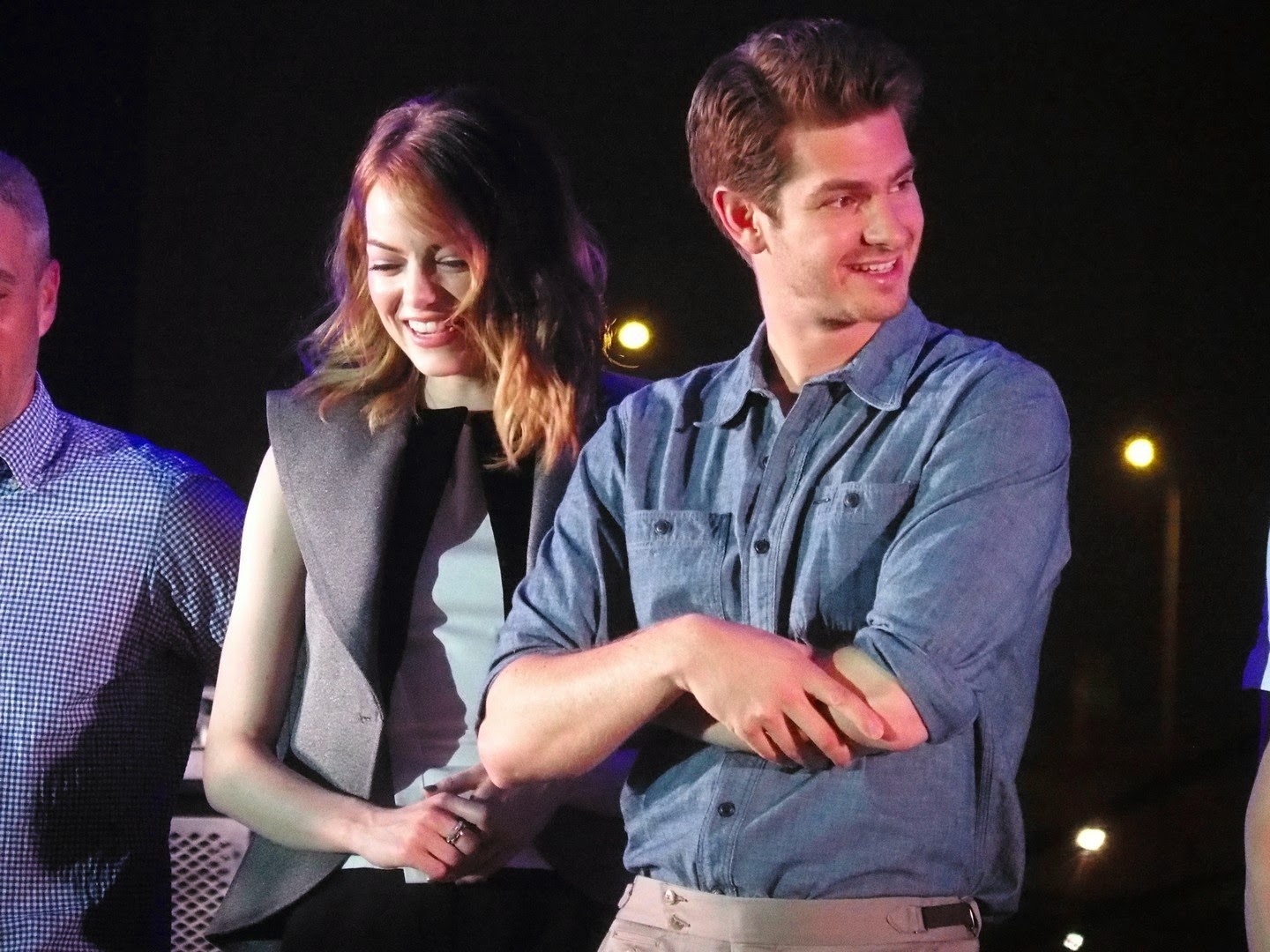 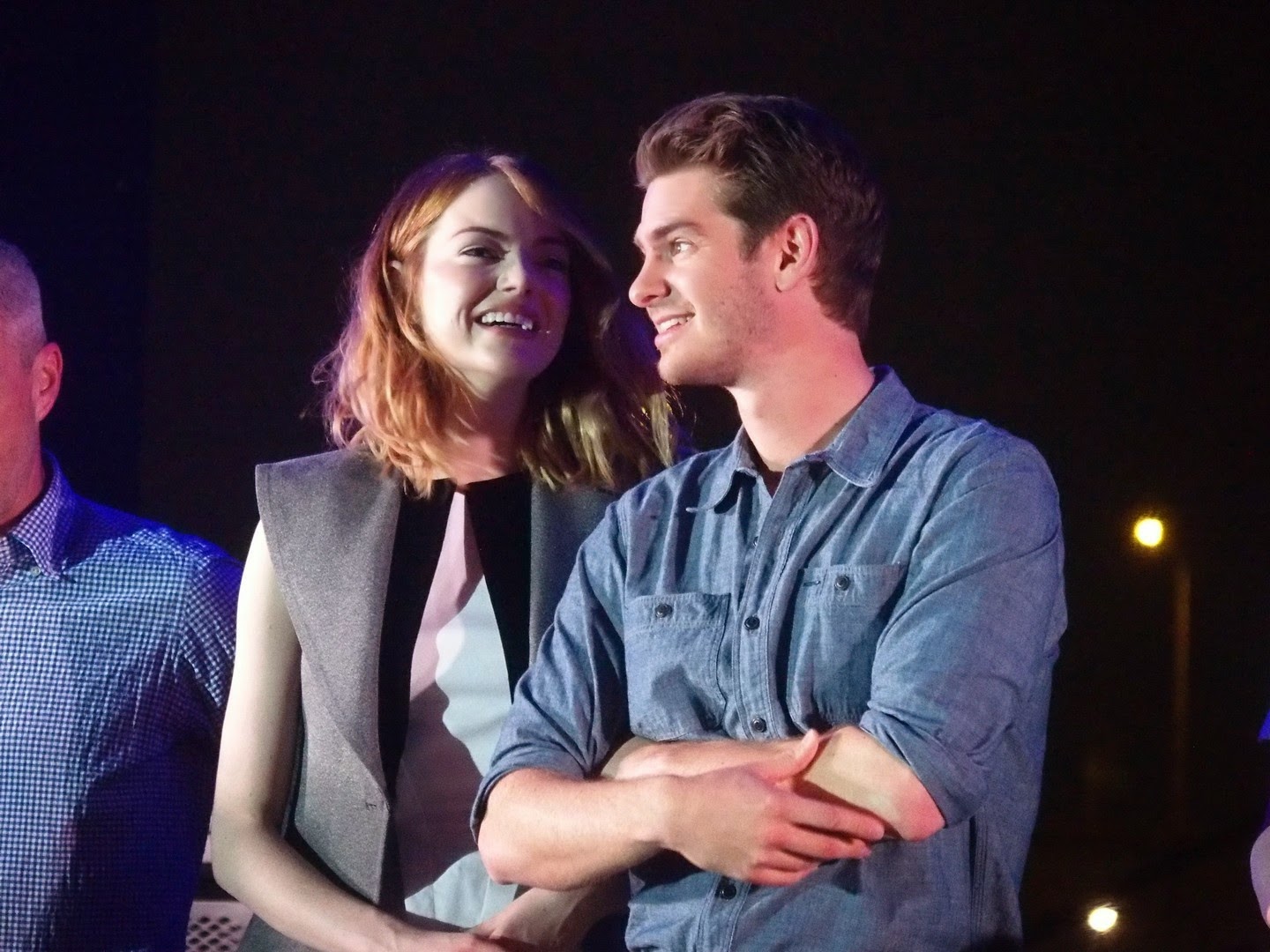 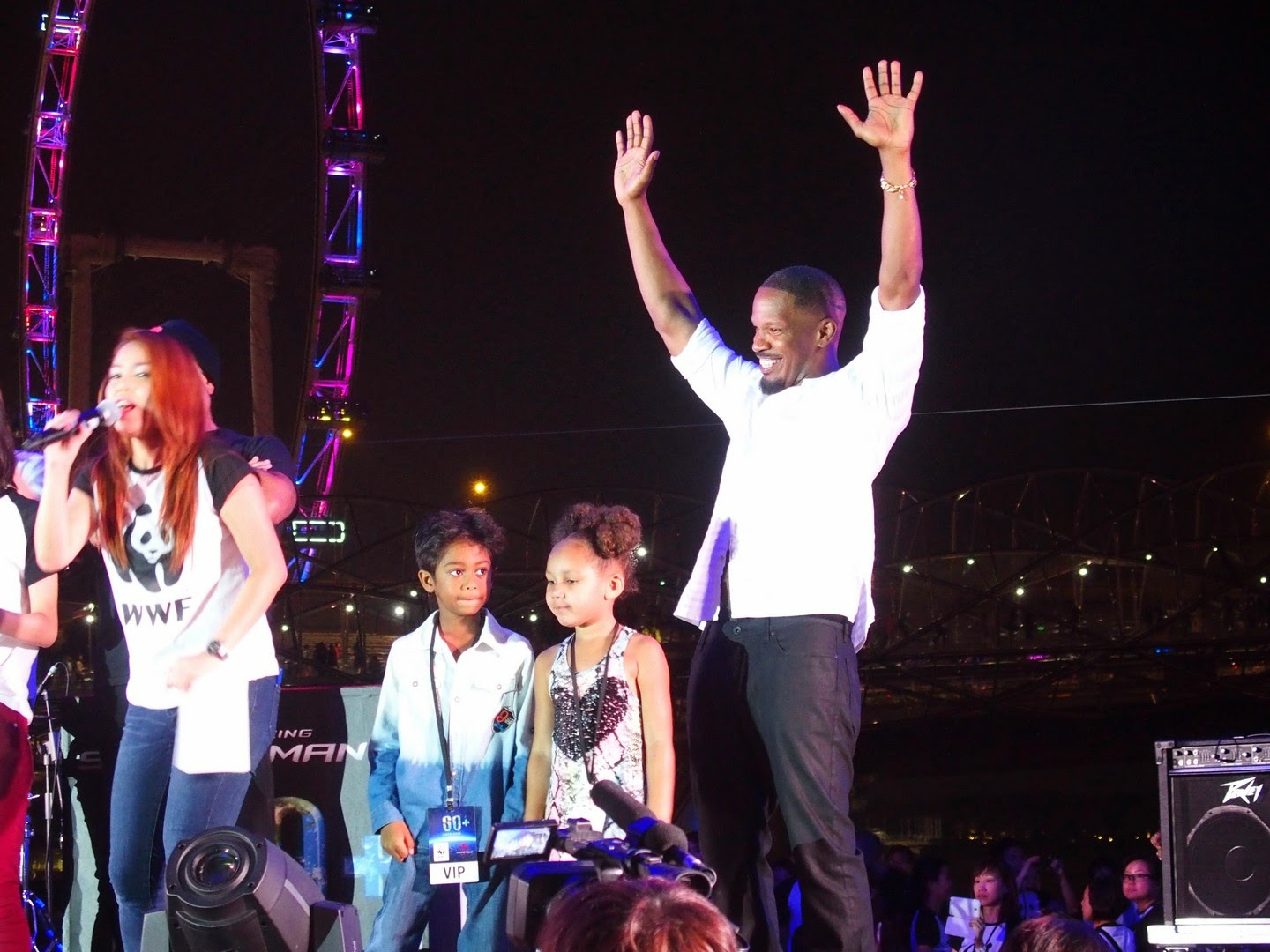 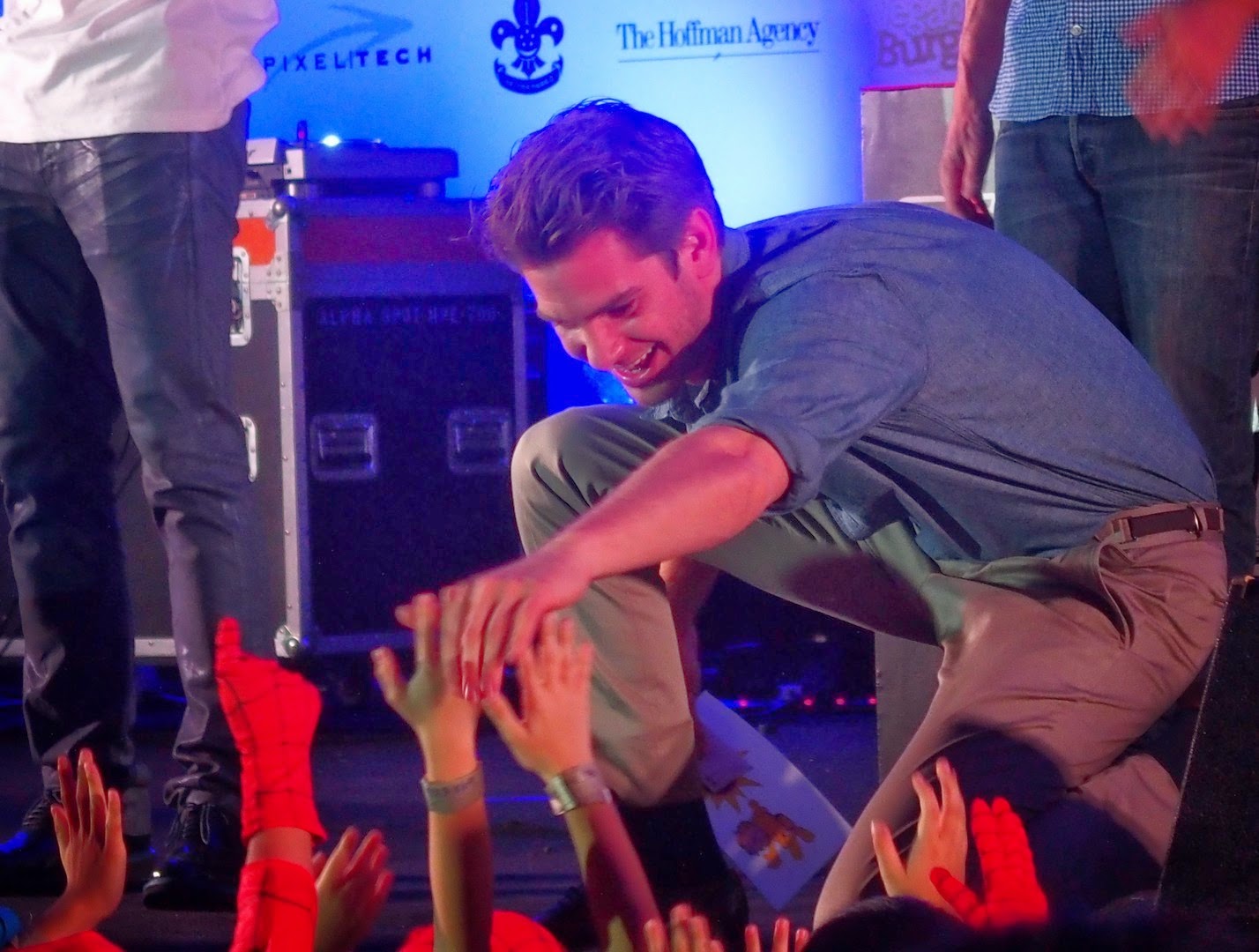 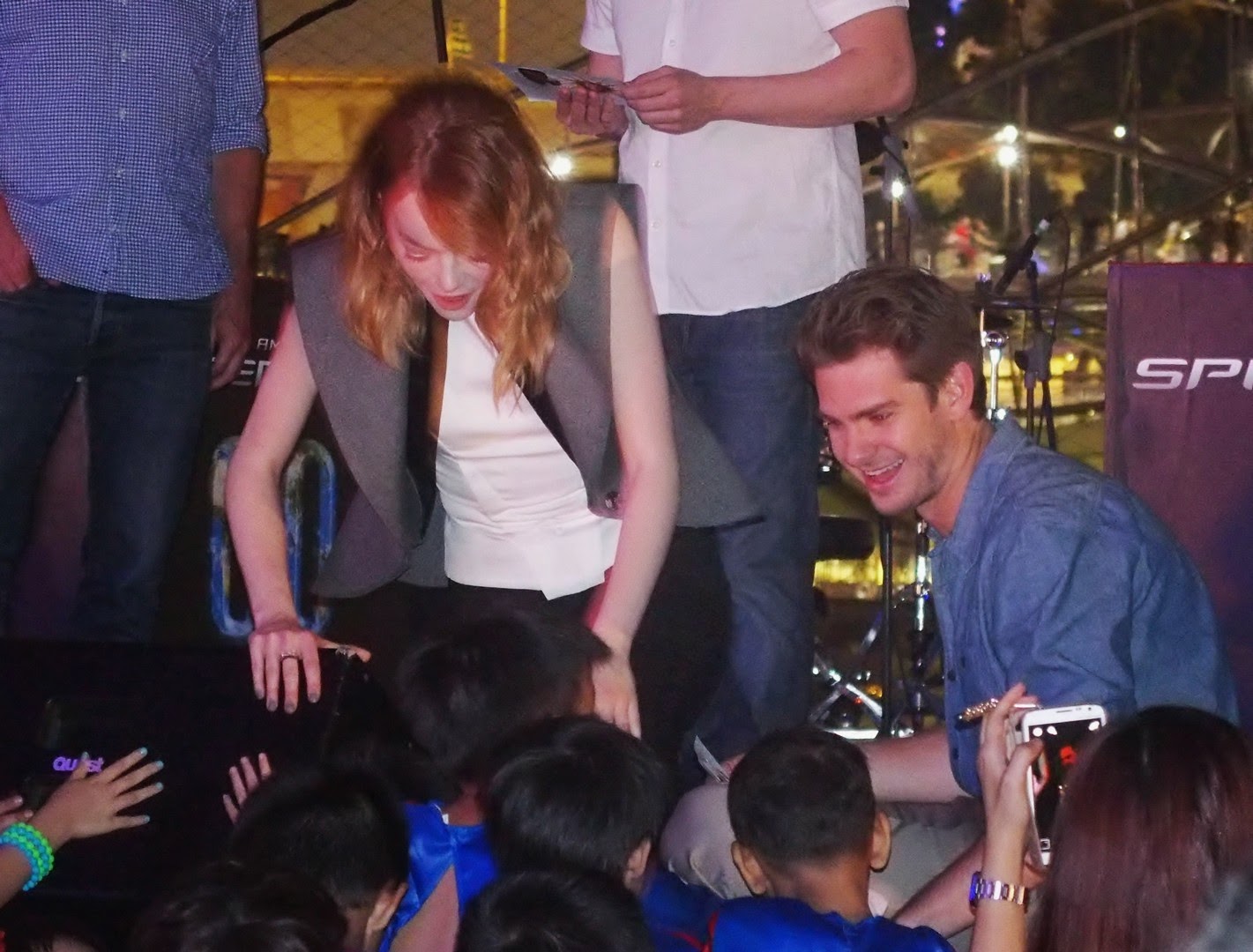 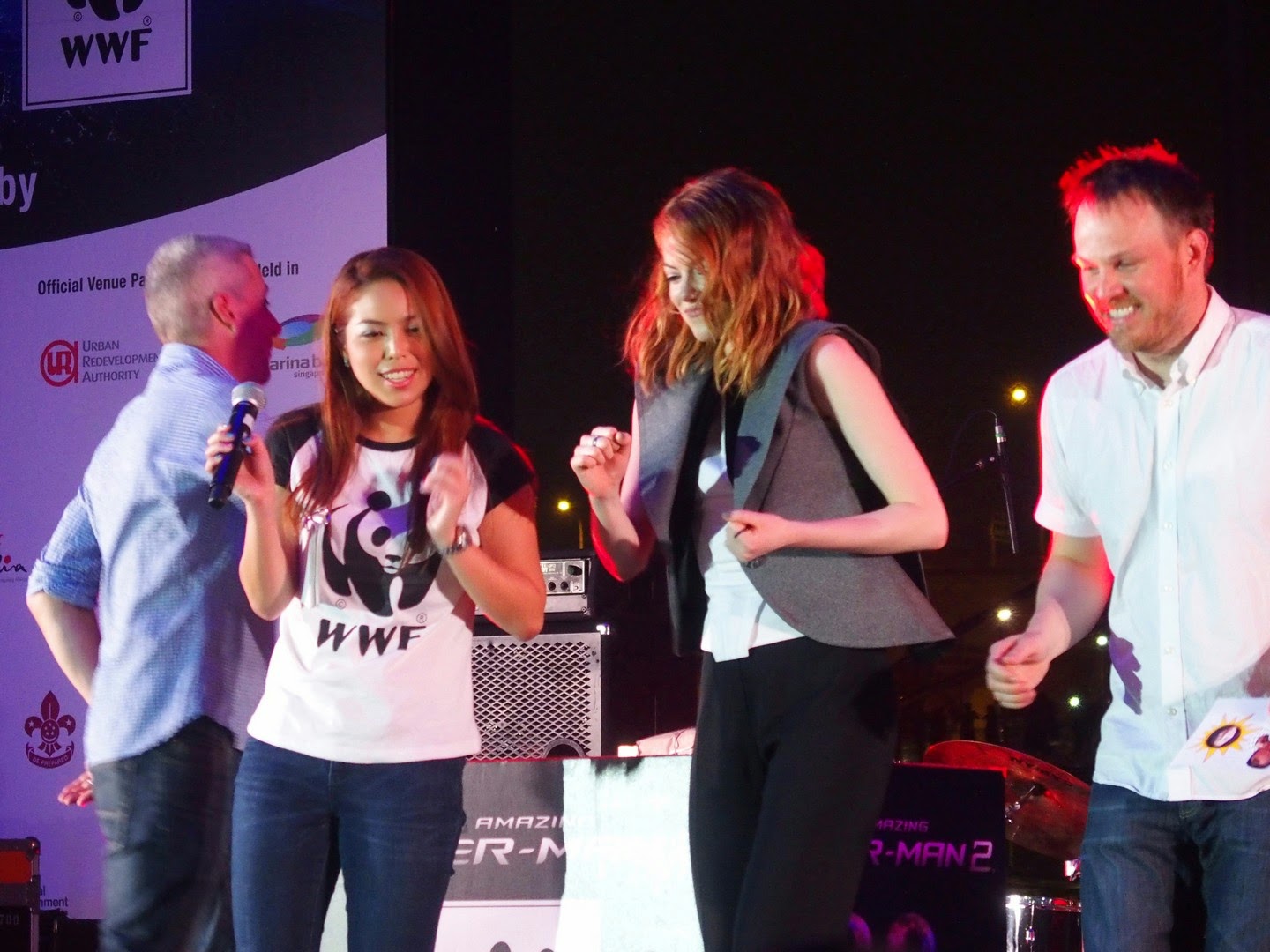 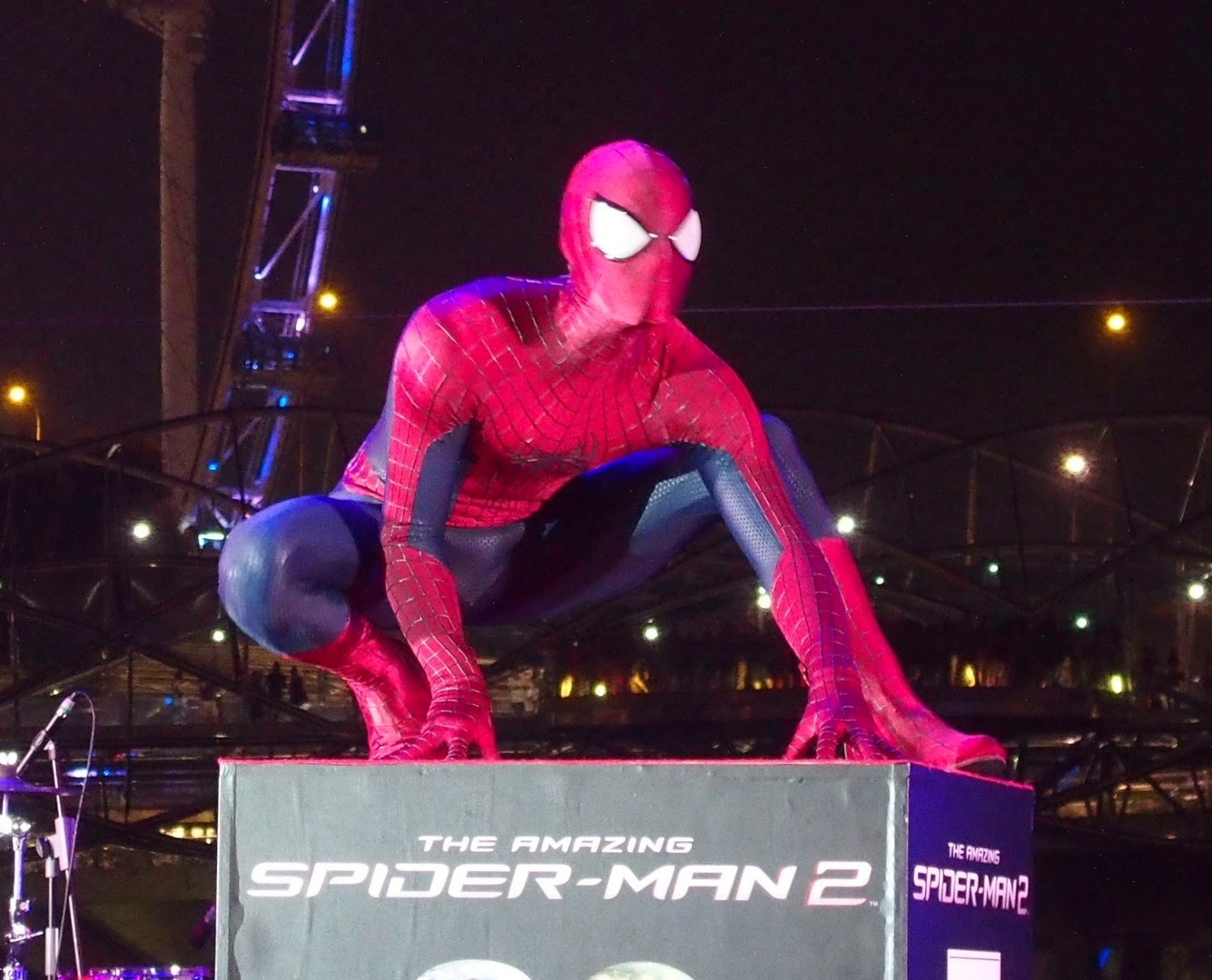 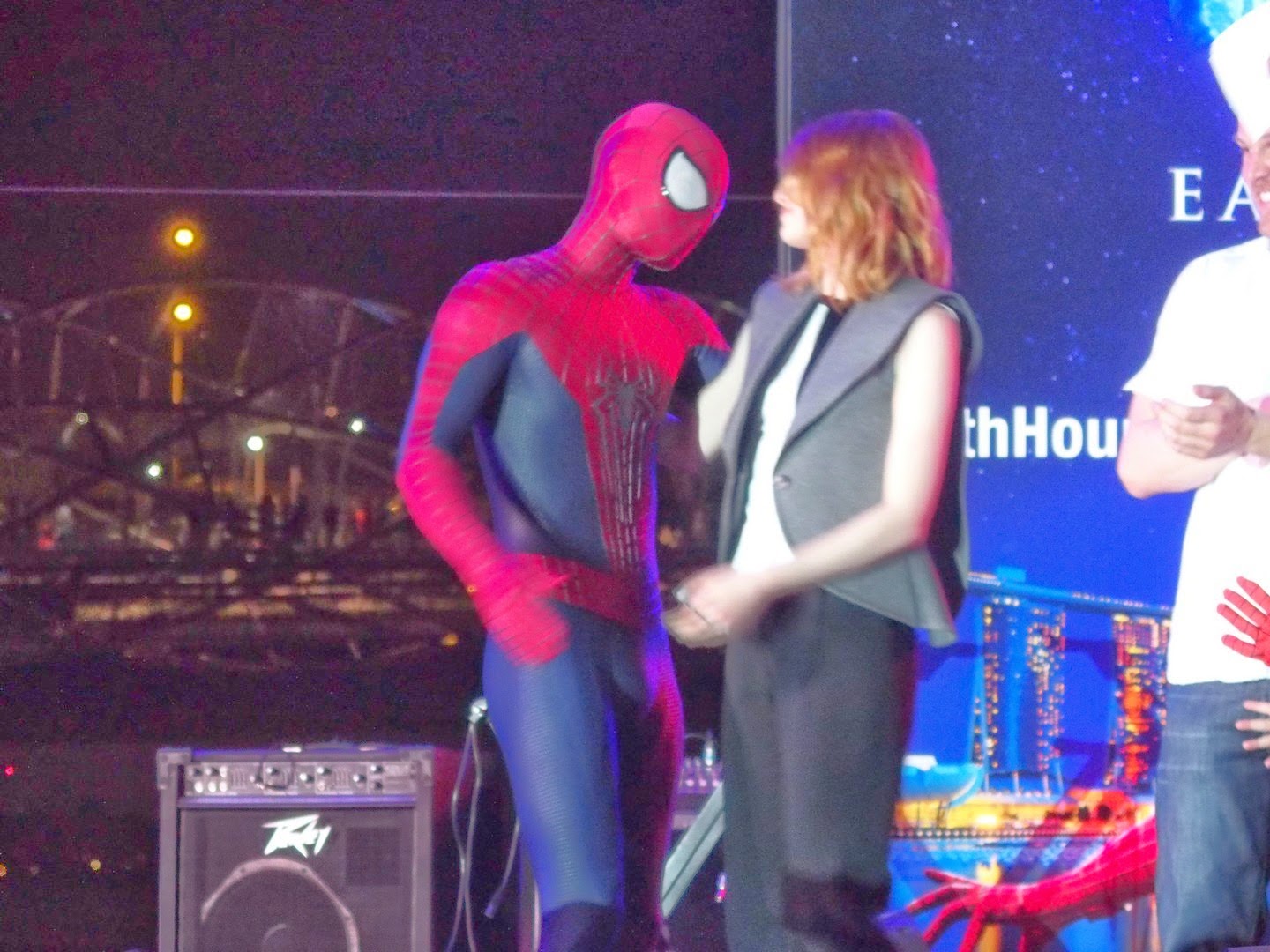 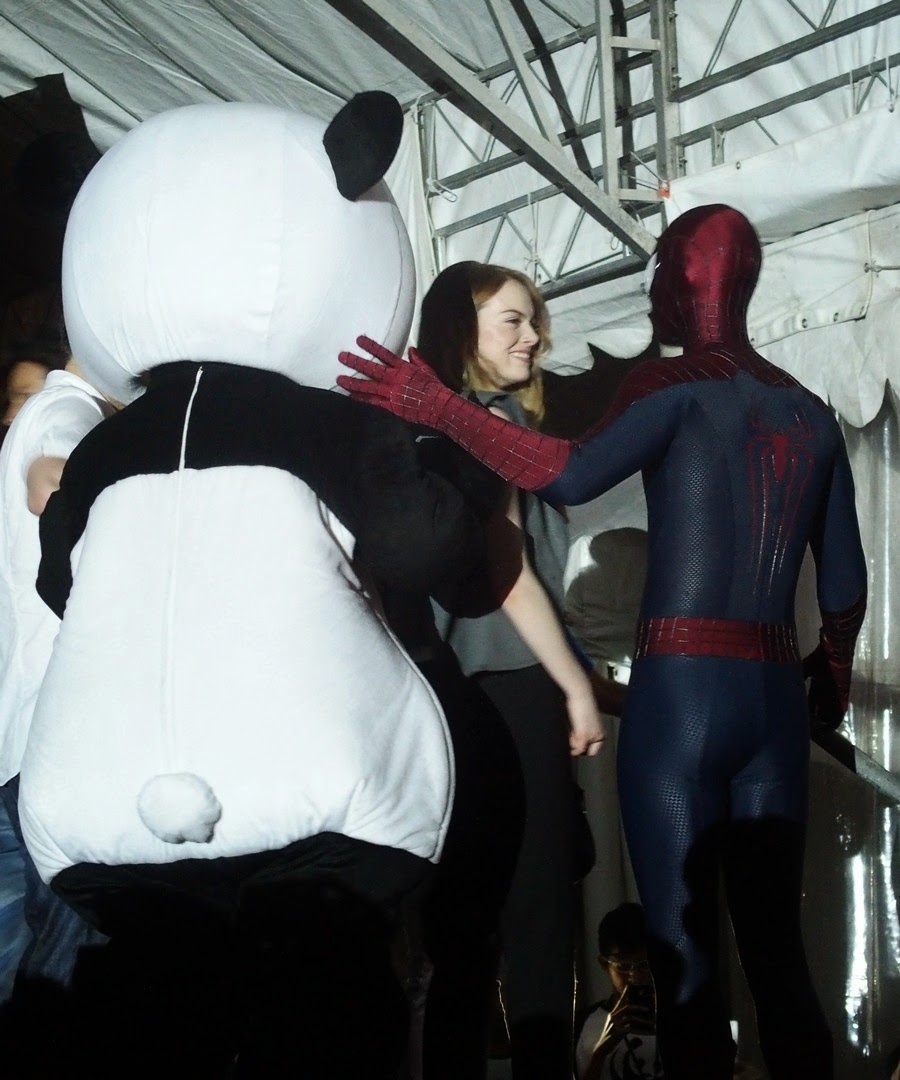 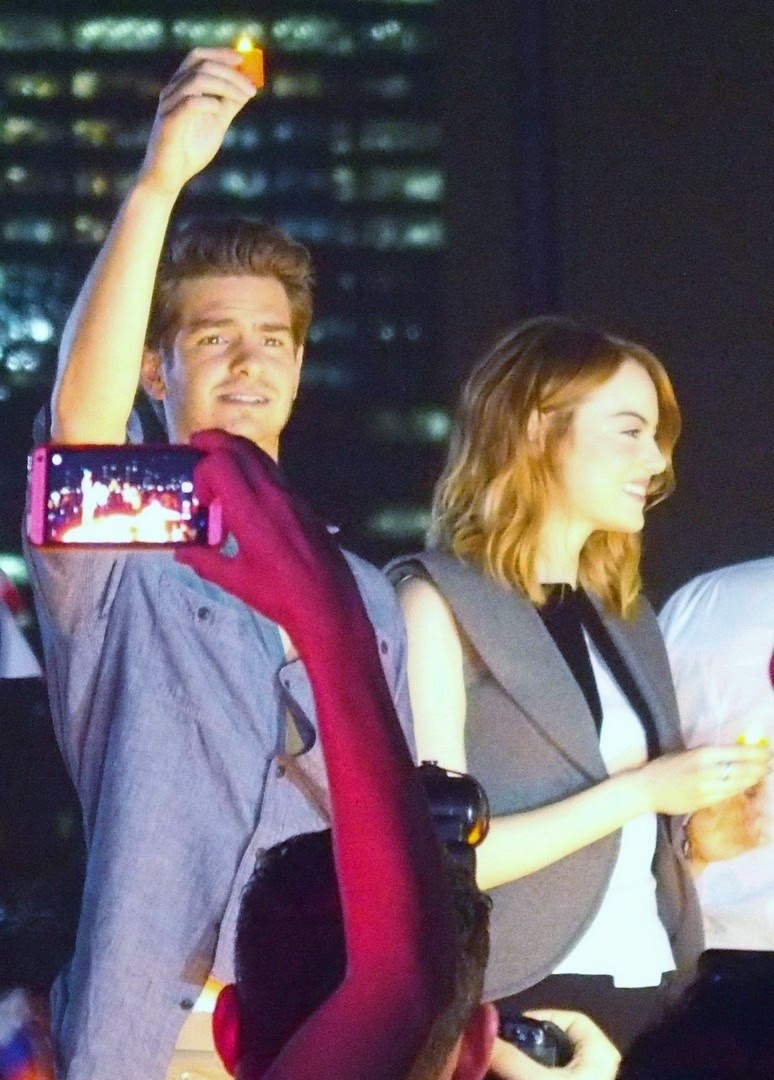 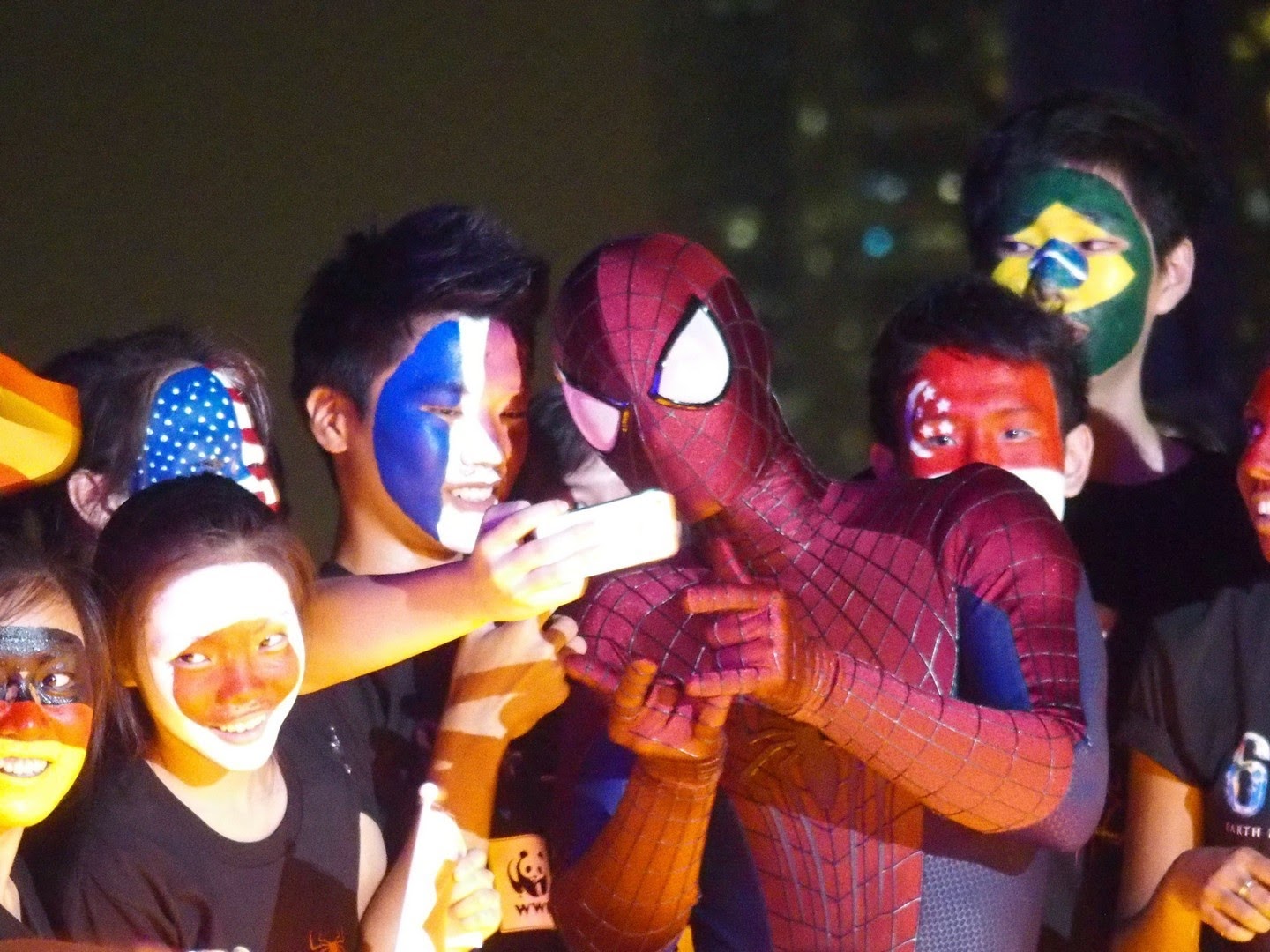 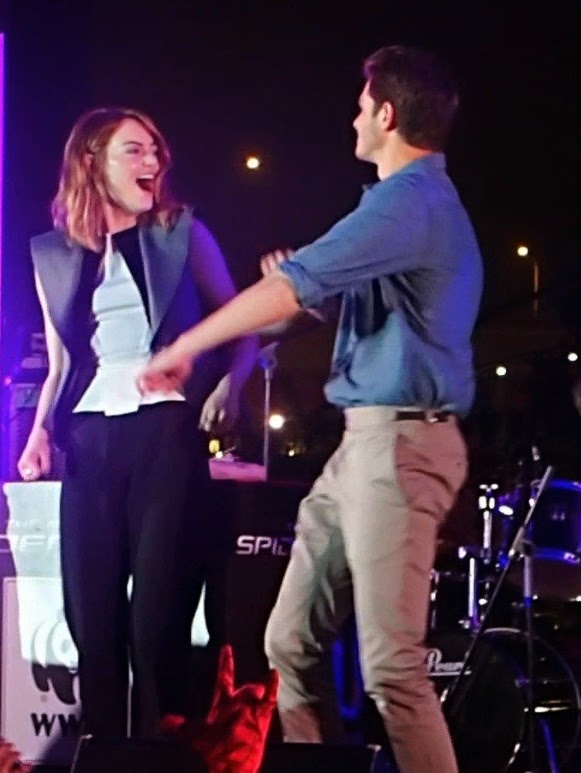 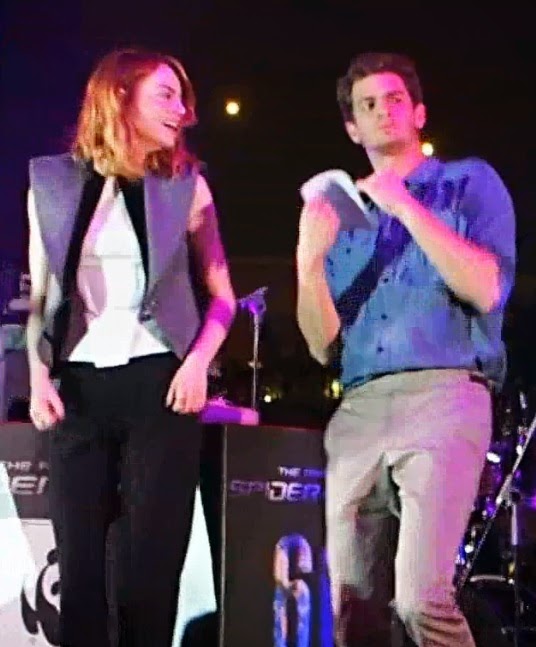 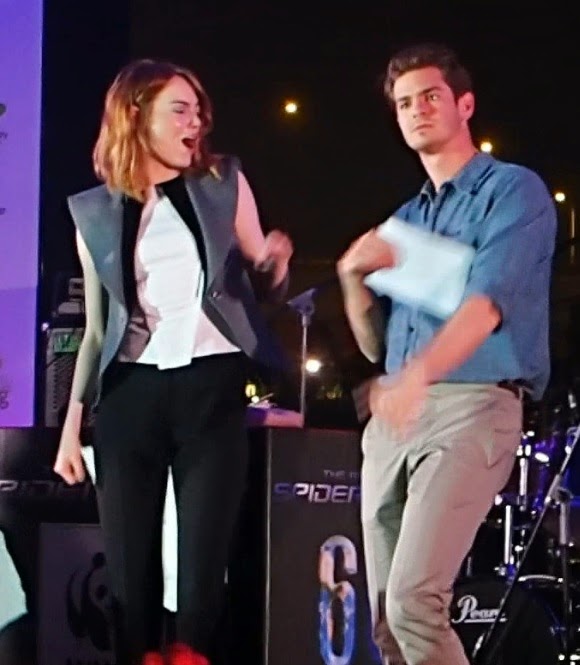